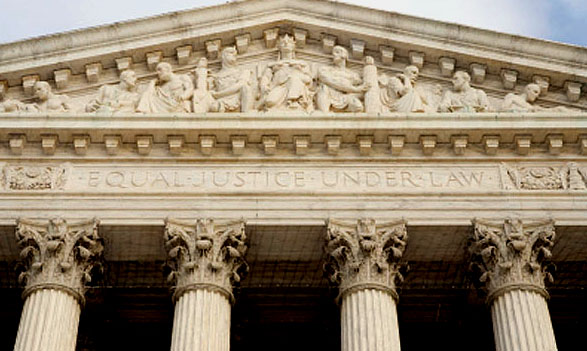 Officials in Connecticut and other Democratic states were dealt a blow Monday when the Supreme Court allowed the Trump administration to press ahead with a rule that makes it more difficult for immigrants to obtain a green card if they have used – or are likely to use – public benefits such as food stamps or Medicaid.

The court’s justices voted 5 to 4 in favor of lifting preliminary injunctions that had blocked the regulations. Challenges to the new rule, known as the “public charge,” will proceed in courts around the nation.

“We will continue to fight this heartless rule, which would inflict irreparable harm on Connecticut residents, in court,” Attorney General William Tong said Monday. “Using every tool and resource at our disposal, we are evaluating ways to block this decision. The stakes could not be higher.”

Connecticut, New York and Vermont went to court seeking an injunction against the Trump administration’s new rule, which allows officials to deny permanent legal status to immigrants who are likely to need public assistance, including food stamps, welfare, Medicaid and housing vouchers.

A federal court in October blocked the order from taking effect. Judge George Daniels of the U.S. District Court in the Southern District of New York said the Trump administration may have exceeded its authority when it expanded the guidelines for determining who should be labeled a “public charge.”

But on Monday, the Supreme Court ruled that it could proceed for now. The justices cited no reasons for lifting the preliminary injunctions.

The Lamont administration has estimated that nearly 200,000 Connecticut residents could lose access to basic services under the new mandate. The governor said it would force many immigrants in Connecticut to go without food, adequate housing and medical care.

Connecticut argued in its lawsuit that the cost of assisting these legal immigrants and their families with food and housing would fall back on the state, resulting in serious economic and public health costs.

Once the program is implemented, immigration officials can use the new rule to deny a green card, an extension of a current visa, a visa adjustment or legal entry into the United States.

Children and adults younger than 21 who are on the state’s Medicaid program, known as HUSKY, will not be included in the program, nor will people using child care subsidies, school lunch and breakfast programs, school-based health services, emergency Medicaid, qualified health plans with advance premium tax credits or the special Supplemental Nutrition Program for Women, Infants, and Children (WIC).

The new rule does not apply to immigrants who have already obtained a green card, except in very limited circumstances.  It also does not apply to non-citizens who have been granted legal status in the United States for humanitarian reasons, such as refugees, asylees, U- and T-visa holders, children seeking special immigrant juvenile status, and petitioners under the Violence Against Women Act.