The effort to limit global warming pollution from power plants in nine states seems to be working. 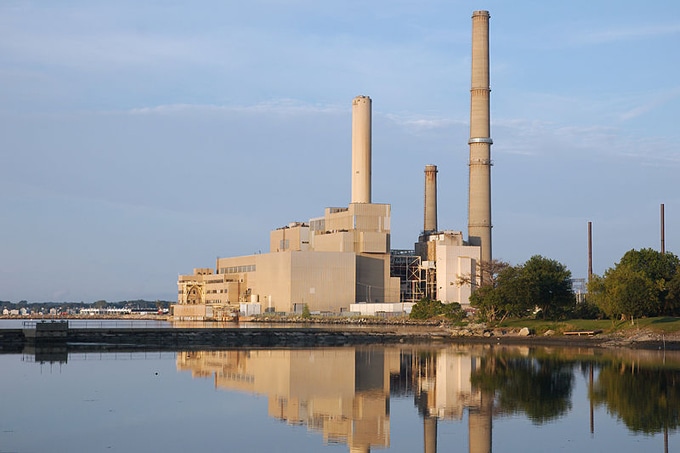 The Regional Greenhouse Gas Initiative is often described as a cap-and-trade program.

This first-in-the-nation regional effort to lower carbon emissions from power plants is actually a cap-and-invest program. Power plants buy emission allowances through quarterly auctions for the right to pollute above a set cap. The states get the money, most of which they’re supposed to invest in consumer benefits such as energy efficiency programs that help lower energy use further.

From 2009, when RGGI – pronounced Reggie – officially kicked in, through 2017, that system sent $2.4 billion back to the then nine member states, according to the most recent report from RGGI.

Power plant emission reductions exceed those in rest of U.S. by 90%

According to a 10-year report by the northeast regional advocacy group Acadia Center, proceeds since the time of the first two auctions (a year before RGGI officially got under way) had totaled nearly $3.3 billion by the end of June 2019.

“I’m not shocked by the direction of the impact here,” says Jordan Stutt, carbon programs director at Acadia. “But I am surprised by just how strong the direction is. The fact that we’re outpacing the rest of the country in electric sector emission reductions by 90% is staggering. … It’s an important demonstration that taking on climate change doesn’t mean economic sacrifice.”

That observation is not lost on other states. New Jersey, among RGGI’s original 10 states, has now re-entered the program after dropping out in 2012 under then-Gov. Chris Christie. And at least two more states – Virginia and Pennsylvania – are looking to join.

RGGI is also providing a template across the globe for similar programs and for its own member states who with others are working towards a program designed to lower carbon emissions from transportation – the Transportation and Climate Initiative or TCI.

But perhaps most important, for those who maintain that putting a price on carbon is the best way to lower emissions and who lament that no such system exists at the federal level and is not soon likely to – RGGI serves as a potential model.

It is at its core a price on carbon. And participants and observers say it works.

“Yes – it was the first example and continues to be one of the best examples,” says Ben Grumbles, secretary of the Maryland Department of the Environment, who just completed his term as chair of RGGI. “With strong headwinds at the federal level, the success story at the state level and on a regional basis is drawing more and more attention.”

Kenneth Gillingham, who specializes in environmental and energy economics across three departments at Yale University and who served in the Obama White House, noted that Acadia was careful not to claim that all the good news was the result of RGGI.

Debunking the ‘kill the economy’ meme

“I think it debunks the myth that a carbon charge or cap and trade or a program that reduces carbon emissions from the electric system is going to kill the economy,” he says. “All sorts of awful outcomes simply did not occur.”

RGGI did benefit from a boom in fracked natural gas that sent prices dramatically lower and increased its use in power plants. While natural gas still has carbon emissions, they are far lower than for oil or coal. A study released in 2015 at Duke University, however, found that the largest share of emissions reductions in RGGI states came from the program itself, not from the availability of low-cost natural gas.

Regardless, RGGI offers lessons for other states and regions considering carbon charges to lower emissions and especially for TCI.

Think regionally: It’s a truism that California has embarked on its own economy-wide carbon market – some of which has its basis in RGGI. And while California is big, the RGGI states together are a larger economy than California’s.

Katie Dykes, now the commissioner of the Connecticut Department of Energy and Environmental Protection, who served as RGGI chair for three years, calls the regional approach “a very critical piece” of the RGGI lesson.

“There’s much more flexibility for finding the most efficient, cost-effective, carbon-reducing program when it’s market-based and implemented consistently across a regional basis,” she says.

Dykes notes that RGGI has been successful in its durability both from a policy and political standpoint. It has been notably bipartisan – first envisioned by the then-Governor George Pataki of New York – and continues to work even as administrations and parties have changed. It hasn’t hurt grid reliability or competitive wholesale energy markets.

“RGGI’s functioned very well,” says Karen Palmer, director of the Future of Power Initiative at Resources for the Future, an influential Washington, D.C., think tank. “A regional approach has a lot of advantages to it. There may be issues in different parts of the region that can be offset by things going on in other parts of the region.”

Get the price right: RGGI member states took big risks setting up an auction system versus just having polluters pay a fee, and then seeing to it the money mostly would be plowed into programs that lower the use of fossil fuels. A few state legislatures and governors have swiped funds to plug budget holes, but for the most part the states followed the rules.

Dykes of Connecticut, a state that did grab some of the RGGI funds for budget purposes, calls the re-investment the “fundamental element” – the key to the system’s success.

“There was a debate when RGGI started – give away allowances to regulated entities or credit to ratepayers,” she says. “In fact the investment in energy efficiency particularly, as well as solar, enabled the program to achieve further reductions in energy bills for customers.”

Grumbles says it’s critical to get the prices right. RGGI did that by setting a floor for auction prices so the allowance prices couldn’t go too low and they set a cost containment reserve to constrain excessively high allowance costs.

“We’re all trying to find the magic sweet spot,” he says.

Review, review and review again: RGGI was set up to have regular program reviews, which turned out to have been needed even more than anticipated. The reviews have enabled RGGI to lower the emissions cap substantially when the states hit the initial caps much earlier than anticipated.

In the latest program review, the members went even further than lowering the cap and created a mechanism that hasn’t been done anywhere else – an emissions containment reserve.

It withholds allowances from auctions if the auction clearing price is too low. It keeps the program from flooding the market with unnecessary allowances and preserves a more significant price per ton of CO2.

Adapting RGGI for TCI: While Grumbles believes RGGI can supply a “powerful example” to TCI, he and others recognize the biggest difference is that transportation has a more direct and obvious impact on citizens. They represent a vast range of income levels with different tolerances for the economic impact of TCI.

“Any time we have a cap-and-trade system I believe it’s important to consider where the pollution will be eventually and if there are going to be impacts on lower-income households, that those impacts be ameliorated,” Yale’s Gillingham says. “The framework,” he says though, “is a very sensible framework.”

Martin Suuberg, commissioner of the Massachusetts Department of Environmental Protection, who is just beginning his term as RGGI chair, rattles off a list of lessons RGGI can offer TCI starting with a regional approach. “It’s harder for states to go it alone,” he says.

He supports a market-based mechanism like cap and invest for TCI. He says TCI can benefit from the kind of high-level technical modeling RGGI received. And finally he says: “Make sure investments are closely tied to the goals you’re trying to achieve.”