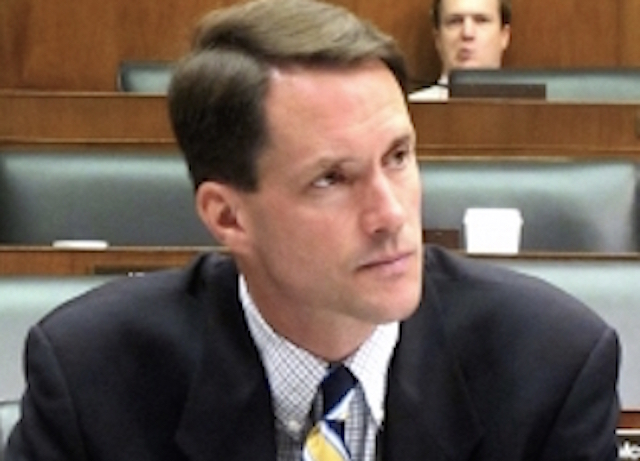 Himes, D-4th District, attended the closed-door briefing as a senior member of the House Intelligence Committee.

He said on Friday he could not discuss what the intelligence official told the lawmakers in a classified briefing. But he said the public should be be privy to “a very detailed account of the threats against us,” Himes said.

In a story that roiled the nation’s capital Friday, The Washington Post reported that intelligence official Shelby Pierson said several times during last week’s congressional briefing that Russia had “developed a preference” for Trump and was meddling in the 2020 elections.

Anonymous U.S. officials told the Post that Pierson made those comments during a briefing on  election security that included discussion of when the U.S. government should warn Democratic candidates if they are being targeted by foreign governments.

Other U.S. intelligence officials were also involved in the briefing.

The Post reported that Trump was angered when he learned of the briefing and dressed down his acting director of national intelligence, Joseph Maguire, because he believes Maguire and his staff are disloyal for speaking to Congress about Russia’s perceived preference.

Trump on Friday said the story about the briefing was a politically motivated “hoax.”

“Another misinformation campaign is being launched by Democrats in Congress saying that Russia prefers me to any of the Do Nothing Democrat candidates who still have been unable to, after two weeks, count their votes in Iowa. Hoax number 7!” the president tweeted.

“Senior people in the intelligence community may be thinking that if I give honest intelligence … that my career might suffer. And when that happens, this country is in a very, very bad place,” Himes said.

Himes also said “we’ve seen this movie before” when former Vice President Dick Cheney pressured the U.S. intelligence community to back his assertion that there were weapons of mass destruction in Iraq, a charge that paved the way to war.

“[Former CIA director] George Tenet said it was so, and that [winning a war with Iraq] was a slam dunk,” Himes said.

He added that Maguire, and all those who were in the Oval Office when Trump took his intelligence chief to task, should come forward and tell the American people what they told the lawmakers last week.

Trump on Thursday said he would replace Maguire as acting DNI chief with U.S. ambassador to Germany Richard Grenell and name a permanent replacement soon.

Trump said one candidate is Georgia Senate candidate Rep. Doug Collins, a Republican who fiercely defended the president during last year’s impeachment inquiry. Collins said he was not interested in the job “at this time.”

Himes criticized both Grenell and Collins for their lack of experience in the world of intelligence.

“We should aspire – and I know this sounds crazy – but we should aspire to a world where the president appoints someone who actually has a little bit of subject matter expertise over the subject that he or she will be running.”

Himes said he had “nothing personal against the gentlemen,” but they were not qualified to head the nation’s intelligence community, a coalition of 17 spy agencies.

Himes said he was not surprised about much of what he heard in the briefing.

“I would be more surprised if the Russians did not meddle into our next elections,” he said.