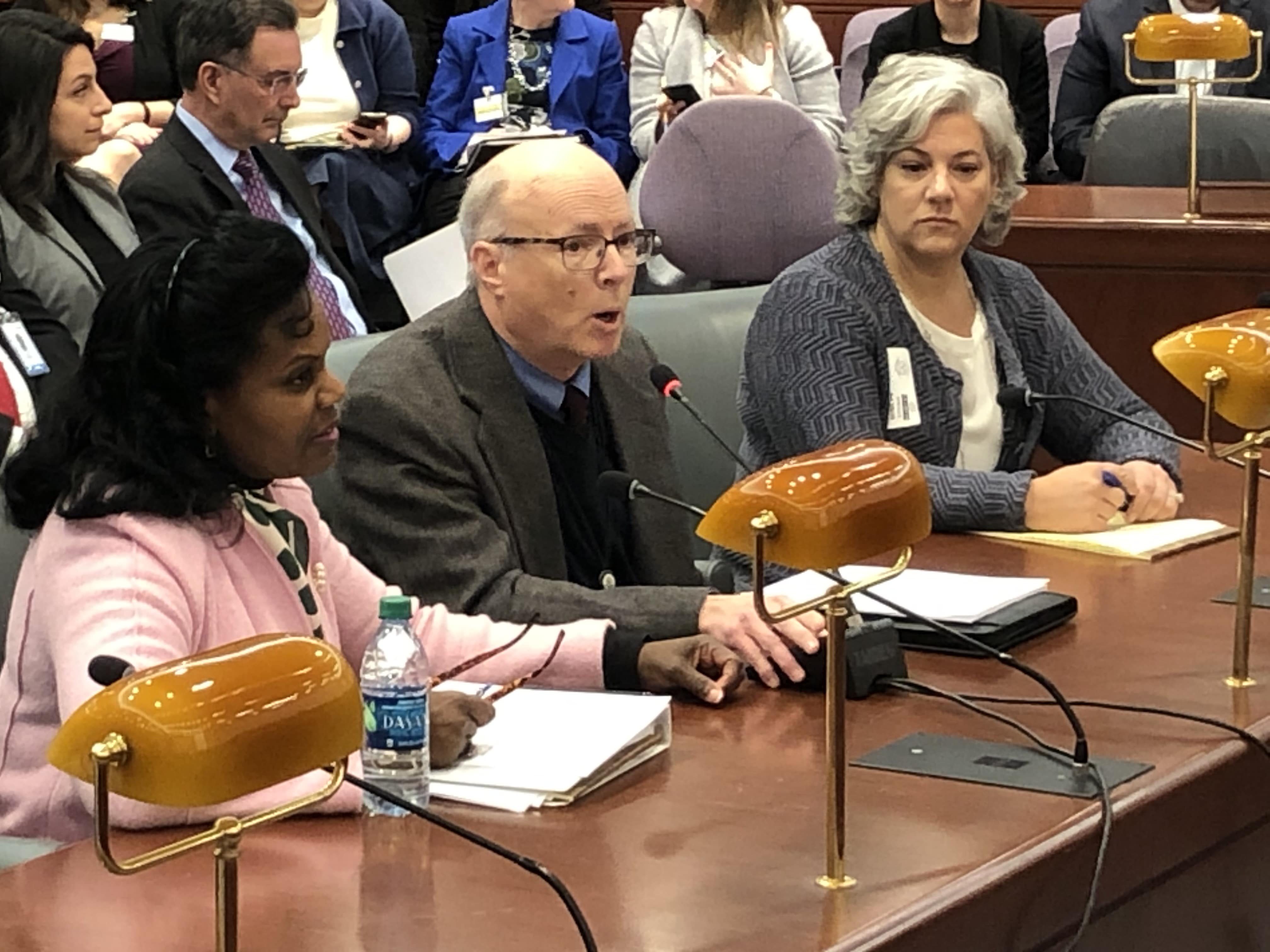 As Connecticut braced Friday for its first confirmed case of coronavirus, officials from the state’s hospitals said they anticipate daunting logistical challenges – such as bed and staff shortages, a lack of protective equipment, or even cash-flow problems – as they combat the epidemic.

But hospital and other health care leaders also told legislators they’ve been preparing for months for the pandemic’s arrival, and that despite expected challenges, efforts to mitigate coronavirus’ spread already are well underway.

“We’re constantly getting ready for the types of situation that are presented to us by the coronavirus,” Dr. Juan Salazar, physician-in-chief at the Connecticut Children’s Medical Center, testified before the legislature’s Appropriations, Public Health and Higher Education and Employment Advancement committees on Friday.

“The hospitals are taking this as seriously as they can,” said Michael Ivy, deputy chief medical officer for the Yale-New Haven health system. But “it is still rapidly evolving, and we’re not completely sure what we’re going to face,” he added.

Officials are sure, however, that the coronavirus, though serious, is an illness the vast majority of the population can manage.

According to Dr. Richard Martinello, an associate professor of medicine at Yale specializing in infectious diseases, roughly 85% of those who contract the coronavirus will have mild to moderate symptoms that can be treated at home.

Those most vulnerable to more serious complications are the very young and elderly, as well as patients with compromised immune systems.

Dr. Matthew Cartter, the state epidemiologist, said an outbreak of the virus could last three to four months in Connecticut and other parts of the U.S. Its mortality rate appears to be around 3%; the death rate from the seasonal flu is typically 0.1% in the U.S., he said.

“It will feel a lot like a really bad flu,” said Cartter, who reminded lawmakers many Americans have lived through at least two previous pandemics — or more.

Worldwide outbreaks of influenza, occurred in 1957, 1968 and 2009, and in each case there were no targeted vaccines to combat the strains when they first spread, he said. “We have all survived pandemics before and that will be true for us now,” Cartter said. “But it will not be an easy road to travel.”

What could make things more challenging is if doctors’ offices, clinics, hospitals and other care providers are inundated by too many patients at once.

Salazar warned there is a general shortage of pediatricians in Connecticut and in many other states. And if staff become sick, this only will strain numbers more.

Other hospital officials warned of limited numbers of beds, and the challenges of isolating patients with severe cases of coronavirus somewhere within hospitals.

Renee Coleman-Mitchell, commissioner of the state Department of Public Health, said hospital labs will play a crucial role in testing cases of coronavirus.

“We’re being bombarded with so much information that keeping up is almost impossible.”

The state public health lab in Rocky Hill is capable of performing only 15 to 20 tests per day, she said. Connecticut expects to get additional help performing tests, starting next week, from Quest Diagnostics and other groups in the private sector.

The state so far has tested 24 patients, all of them negative.

Hospitals may be able to assist more in this capacity as additional testing supplies become available, but Cartter said that may mean patients have to adjust to unusual settings.

For example, hospitals may need to set up temporary structures, even tents, on their complexes to gather samples, to ensure those infected are kept away from other patients, Cartter said.

Many hospital officials warned their facilities already face limited supplies of face masks and other equipment needed to protect their staff from contagious disease.

The coronavirus is also expected to test health providers and state government in other ways.

Hospitals must keep up with new data on the disease and disseminate information to patients, providers and the communities they serve.

“We’re being bombarded with so much information that keeping up is almost impossible,” said Paul Wentworth, emergency medical services provider for Johnson Memorial Hospital in Stafford.

And Salazar noted that insurance companies and others who pay for health care also may be hard-pressed to keep up with all of the claims filed in relation to the coronavirus.

If claims are processed slowly, or if a backlog develops, that could affect cash flow for hospitals at a time they need all their resources.

Salazar suggested to legislators that state government investigate how it can help.

The state Department of Social Services, which administers the federal Medicaid program in Connecticut, pumps hundreds of millions of dollars annually into hospitals and other care providers who treat the poor and uninsured.