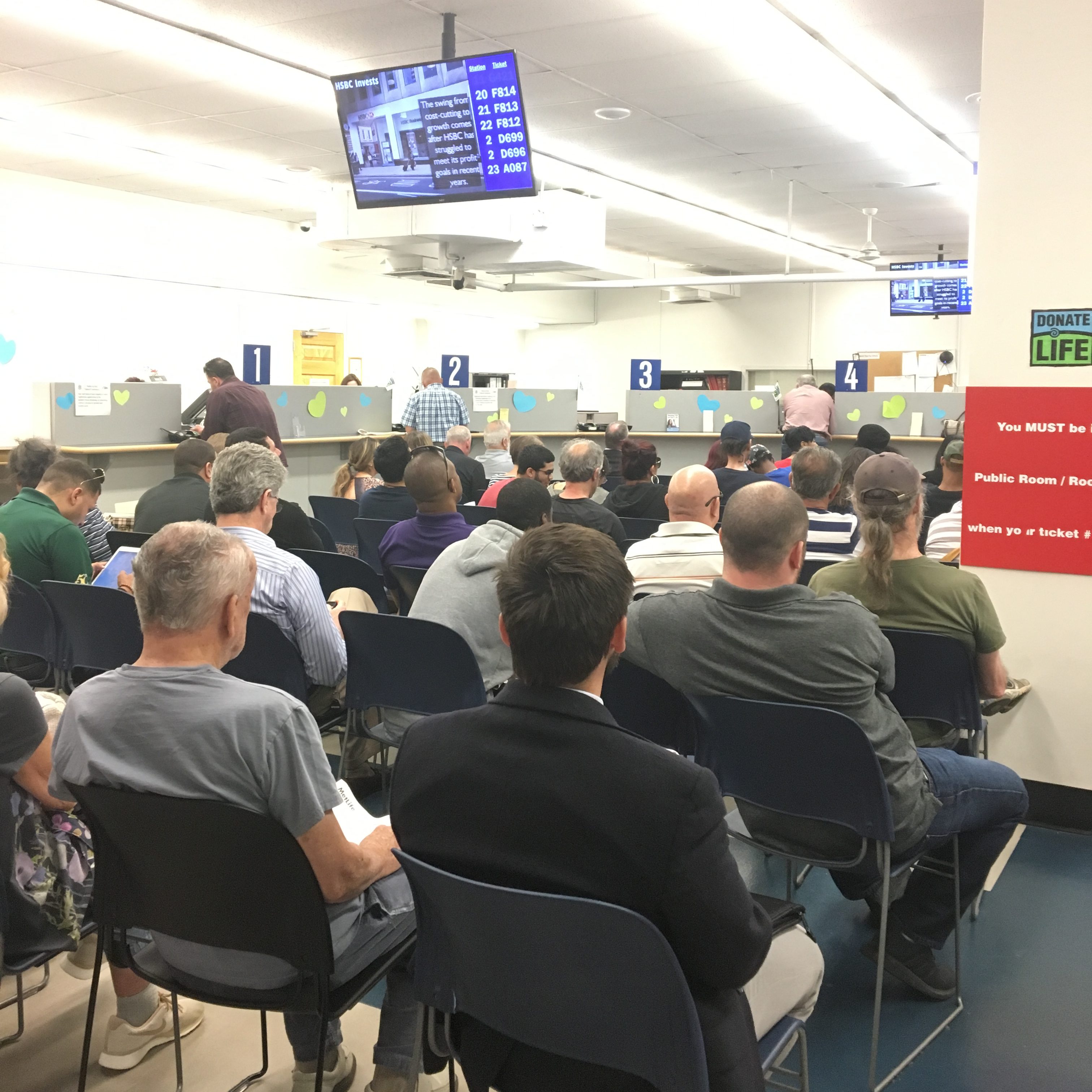 The Wethersfield DMV on a busy summer day.

{Updated at 10:40 p.m. with new details on Wethersfield office operations}

The Department of Motor Vehicles commissioner directed nearly 400 staffers to return to work Tuesday morning at the main office in Wethersfield despite multiple employees being diagnosed with COVID-19 — the first starting eight days ago.

Workers were dismissed around noon. Shortly after 7 p.m., hours after the CT Mirror published a story about the order to return to work, Commissioner Sibongile “Bongi” Magubane notified employee unions that the Wethersfield office would be staffed, going forward, by a limited crew of about 50 employees. It would also be supported with others teleworking from home when possible.

But sources close to workers’ unions told the CT Mirror the DMV had learned of additional positive cases among Wethersfield complex staff late last week and early this week.

“I think it is absolutely crazy that the commissioner would allow — no, order — 400 people to walk into what I refer to as a hot zone,” said John Disette, president of the Administration and Residual Employees Union, Local 4200-AFT, on Tuesday afternoon. The Local 4200-AFT represents about 120 DMV analysts and fiscal staff.

A spokesman for the DMV did not return calls seeking comment Tuesday afternoon.

Magubane had e-mailed employee unions on March 16, indicating an administrator at the Wethersfield office had tested positive on that day, but had not been at work since March 10. 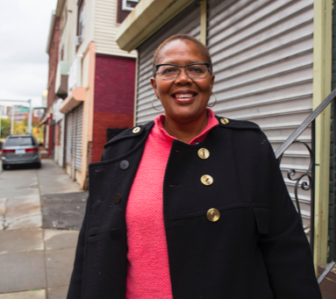 Any employees who had come in proximity to this administrator were sent home and advised to quarantine themselves, the commissioner wrote. The rest of the Wethersfield employees also were sent home early that day, and the building was closed on March 17 and 18 for deep cleaning and disinfection.

Starting March 19, it was reopened to staff but all in-person public transactions were eliminated.

And Gov. Ned Lamont issued an executive order Friday closing all non-essential businesses effective Monday at 8 p.m., and provided extensive guidance on Sunday about how to interpret that mandate.

But Magubane notified unions by letter on Monday that most of the complex’s approximately 400 employees — which also include clerical, information technology, inspection and training staff — would be expected back at the office Tuesday. [The Wethersfield office is closed on Mondays.]

“While all employees are expected to come to work, if you are uncomfortable in the current environment, please complete a time-off request through your supervisor,” Magubane wrote Monday in a memo to staff. “If you are sick with any cough, sneeze or sniffle, please utilize your sick time and stay at home.”

Magubane’s Monday letter also set rules for “temporary telework” that could be performed if employees “have the ability and resources to complete required assignments at home” if they obtain their supervisors’ approval.

Union leaders said they were shocked and frustrated by the commissioner’s decision.

“The agency’s lack of regard for the health and safety of our dedicated DMV employees and the public we serve is beyond alarming,” said Patricia Davis, president of Local 318 of the American Federation of State, County and Municipal Employees, which represents clerical staff in Wethersfield. “Their inability to grasp the concept of a public health threat, and their defiance of the governor’s “stay home, stay safe” directive is inexcusable.”

Disette said while he appreciates the governor’s efforts to promote health and safety, Magubane went in the opposite direction. “It was the opposite of what every governor, every mayor, the entire world is trying to accomplish. It boggles the mind.”

“We are glad that the DMV is finally reacting appropriately to this crisis,” said Dave Glidden, executive director of CSEA-SEIU Local 2001, which represents about 30 information technology and other support staff at the Wethersfield office. “It is unfortunate that it took as long as it did, but we look forward to working with all agencies to respond to these types of circumstances when they arise.”