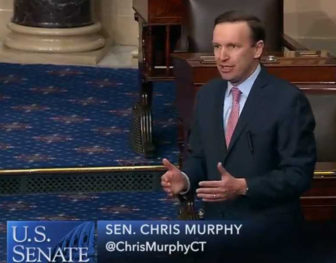 Washington – Sen. Chris Murphy on Thursday reiterated a call for President Donald Trump to use all his power under the Defense Production Act to deal with critical shortages of medical supplies during the coronavirus crisis.

That 1950 law, enacted after the Korean War to ensure the United States had enough supplies to conduct war, authorizes the president to require private businesses to prioritize federal contracts and to demand a business to produce needed supplies in an emergency.

Murphy, who with Sen. Brian Schatz, D-Ha., has introduced legislation that would compel the president to use the full force of the Defense Production Act  to help hospitals and medical professionals who are facing dire shortages of ventilators and personal protective equipment.

“The private sector supply chain broken,” Murphy said during a telephone press conference. “It’s a ‘Lord of the Flies’ scenario.”

He said critical medical supplies are going to those with the most money or the most powerful political connections, leaving medical personnel and others on the front lines of fighting COVID-19 unprotected and risking their lives. 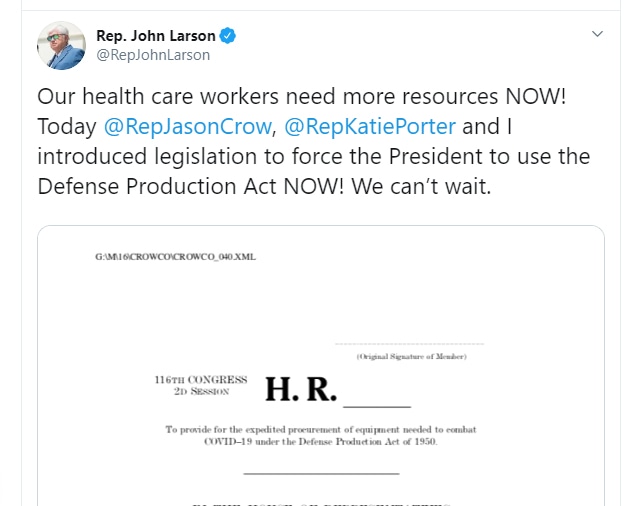 The Trump administration has issued mixed messages on whether it’s using the law. Trump says that he’s saving it for a “worst-case scenario,”  and that he doesn’t want to “nationalize” industries.

However, the president has signed two executive orders invoking some of the Defense Production Act’s authority.  One order delegates the president’s powers to prioritize contracts and allocate resources to Health and Human Services Secretary Alex Azar. The second allows the Justice Department to prosecute those who hoard medical resources to create scarcity and manipulate markets.

But neither Azar of Trump have used the act to mandate industries to produce needed products as the number of COVID-19 cases and deaths continues to rise.

“Federalizing the medical supply chain in this country is an extreme step, but a necessary step,” Murphy said.

Michelle Boyle, a registered nurse from Pittsburgh, said medical professionals across the country are doing their best, but preparing for the worse, amid the scarcity of vital supplies. “Going into the hospital, the tension is palpable about the upcoming storm,” she said.

She said nurses and doctors are aware they will have to treat severely ill Americans without protective gear or ventilators because the have “seen it in other countries before.”

The Senate is not scheduled to reconvene until April 20 – and may not come back to work even then –but Murphy said he would press for consideration of his bill at the earliest opportunity. There’s a chance the senators could make an unscheduled return to Washington D.C. soon to consider additional stimulus packages.

“I’m also going to press the [Trump] administration to do this on their  own,” he said