Department of Labor has a five-week backlog while trying to process 200,000 claims 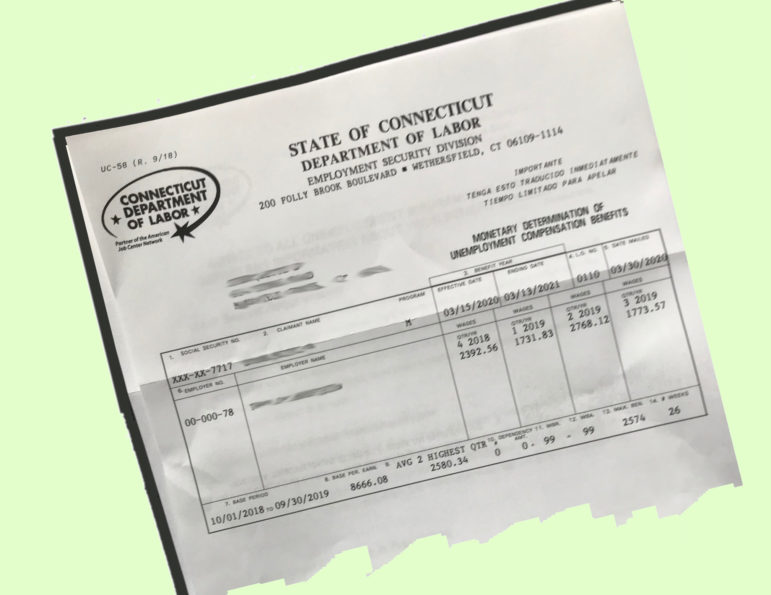 About two weeks ago, Tara Antczak was laid off from her part-time job at a New Haven Stop & Shop because she became sick and had to quarantine herself. There were suspicions she might have COVID-19.

Luckily, testing showed she did not have the disease. But it is not clear how long it will be before Antczak, 43, and millions more across the nation receive what they were promised by the government – generous unemployment benefits that would bring even part-time workers like her some relief.

“I am in a real tough position,” Antczak said.

There are reasons why the newly unemployed, like Antczak, are waiting for benefits they are entitled to – states like Connecticut and the federal government are struggling to create systems to send benefits to millions of new jobless Americans.

Connecticut has been flooded with claims and hasn’t the ability to process them all. 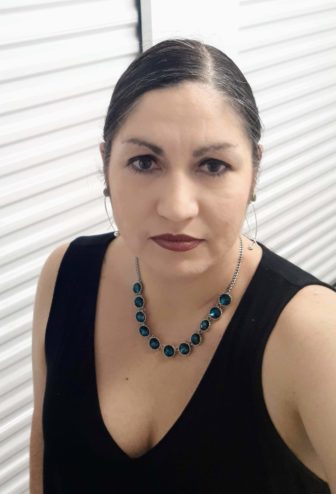 Tara Antczak is among tens of thousands of unemployed because of the coronavirus crisis in Connecticut who will wait weeks for benefits.

Nancy Steffens, a spokeswoman for the Connecticut Department of Labor, said the state has received more than 200,000 claims in the last two weeks – more than one year’s worth of claims. Thursday afternoon, Gov. Ned Lamont announced that the number of claims has reached 220,000.

Steffens said the state has processed more than 80,000 of those claims by shifting staff responsibilities, borrowing former Department of Labor staff that have gone to other agencies, and calling retirees back to work.

“Currently there is a five-week backlog for processing claims,” Steffens said. “In comparison, when we aren’t faced with huge numbers of claims, it typically takes less than a week to process a claim.”

Lamont called the backlog “absolutely unacceptable” on Thursday, but said the state is doing everything it can to solve the problem.

Nationally, more than 6.6 million Americans applied for unemployment benefits last week — a record — as political and public health leaders put a halt to much economic activity and are keeping workers at home.

The U.S. government has not released an official unemployment rate, but economists say it has probably jumped to 10 percent and could go as high as 32 percent.  In February, the nation’s unemployment rate was 3.5 percent.

Perhaps the greater problem facing the jobless is that the federal government has not given states any guidance on how to distribute billions of dollars in new federal unemployment benefits.

“What people are waiting for are implementation guidelines from the U.S. Department of Labor,” said state DOL spokesman Egan Wright.

He said guidelines “should be coming soon,” but could say not when. Nor could Wright say how quickly after receiving that guidance would states like Connecticut be able to distribute the new federal unemployment benefits.

The new federal unemployment benefits, included in the massive CARES Act signed into law last month, give unemployed workers an additional $600 a week in benefits, above what they are eligible to receive from their state. Those increased benefits will continue for the next four months.

In Connecticut, the maximum weekly benefit is $649. Under the coronavirus rescue bill, that  jumps to $1,249.

Benefits for self-employed and part-timers

The CARES Act also gives unemployment benefits to workers who have never before been eligible for help. It creates a new program called Pandemic Unemployment Assistance for self-employed, part-time and contract workers who are typically ineligible for benefits. And it doesn’t require beneficiaries to be actively looking for work, so those on furloughs can apply for benefits.

The CARES Act also increases the length of time unemployed workers will receive benefits, from  26 weeks to 39 weeks.

Furloughed workers and those in quarantine like Antczak are also eligible. So are workers who have had to leave their job because they are taking care of someone who is sick or tend to children who are no longer in school or daycare because of closings. A worker needn’t have been employed for a certain number of weeks to receive benefits, and new hires are eligible, as are those who have already exhausted their state unemployment benefits.

Steffens said there is no specific date yet when the new federal programs will be entered into Connecticut’s computer system.

She said Connecticut is part of a five-state consortium that includes Maine, Rhode Island, Mississippi and Oklahoma that is  working as a team to find the fastest ways to do the programming that’s needed.

“We are hopeful this will allow Connecticut to begin implementing the federal programs sooner than some other states, but this is an ongoing process,” Steffens said.

She said when everything is up and running, unemployed people who have waited weeks for help will receive retroactive benefits.

That may not be of much help to Antczak who needs that help right now.

“I live paycheck to paycheck now that I am recently separated and am about to go through a divorce,” she said. “So I am super poor.”