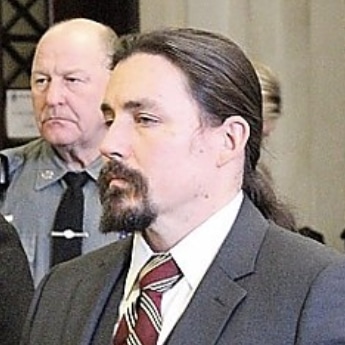 Kevin Smith: “Between the edges of panic and reason is where corruption spawns.”

Norm Pattis’s law firm has taken the governor and New Haven’s mayor to federal court to challenge on Constitutional grounds emergency orders to restrict business activity during the Covid-19 pandemic.

Filed on behalf of Joy Monsanto and Michael Amato, proprietors of the 50 Fitch St. bar and restaurant on the west side of New Haven, the suit names Gov. Ned Lamont and Mayor Justin Elicker as defendants.

It asks the court to strike down Lamont’s various orders closing restaurants and bars and other businesses as well as Elicker’s March order limiting occupancy at business establishments to 10 people.

Smith’s brief argues that Lamont’s orders violate Monsanto’s and Amato’s First Amendment rights to free assembly and association because they are “neither necessary nor carefully tailored to address the purported public health need,” as well as their 14th Amendment rights to pursue a living. The suit further charges the orders constitute an unconstitutional “taking” of the pair’s property under the Fifth Amendment by “depriving them of the value of their property.”

“This is an action that demonstrates the vital need, even in these unprecedented times, to scrutinize the motives and rationales given by leaders who ask for public sacrifices of civil liberties.”

Metzger, faculty co-director of Columbia Law School’s Center for Constitutional Governance, cited a Supreme Court case called Jacobson v. Mass, in which the justices upheld a criminal prosecution of someone who refused to be vaccinated for smallpox against the claim that it violated his constitutional liberty rights, emphasizing that individual liberty is subject to constraints necessary to protect the public health and a ‘community has the right to protect itself against an epidemic of disease which threatens the safety of its members.’”

“Jacobson was a 1905 case, but the same result would follow today,” Metzger wrote in an email to the Independent.

She continued: “A restriction to 10 [persons] is much less intrusive than compulsory vaccination, the government’s interest in preserving public health in the face of a pandemic is compelling and paramount, and the restriction is temporary and designed to exactly counter the risk of spread —and even allows some gatherings.  The court has upheld a three-year moratoria on developing property at all, as not an unconstitutional takings, so the takings claim for shutting down for a few weeks seems without merit.  And, finally, to the extent the claims are really those of their restaurant to keep serving customers (I couldn’t tell if they were claiming that), it’s a claim sounding in economic liberty that gets only weak review for reasonableness, which this restriction plainly meets.”

In addition to making similar claims about Elicker’s order, the suit makes a second set of claims about New Haven mayor’s actions and seeks relief for alleged compensatory and economic damages. It cites a March 20 press conference during which Elicker named 50 Fitch among four businesses he claimed were violating his order limiting the size of crowds inside public businesses. He spoke of receiving a complaint about 50 Fitch, which held a crowded final pre-planned birthday party on the night of March 14, after Elicker had appealed for smaller public gatherings. His order to limit the size of crowds was to take effect on March 15.

“We’ve had complaints about 50 Fitch Street,” Elicker stated at the March 20 press conference, at which he also mentioned Middletown Cafe and Nica’s Market. “I will continue to highlight the business that are not practicing social distancing and are not complying with our orders.”

“I closed my doors on Sunday, March 15, at 4 p.m., while other businesses stayed open and operational,” Monsanto told the Independent.

Her suit accuses Elicker of knowingly spreading false information about her club because of her race (she is black) and because his political opponents have held events there. The brief states that Elicker “knowingly made false allegations of criminal misconduct against the plaintiffs to all viewers of the WTNH broadcast, and has since repeated these defamatory statements to any number of individuals, resulting in a loss of reputation and business.”

“The Defendants knew that the Plaintiffs had closed proactively on March 15, and yet they accused the Plaintiffs of criminal conduct in an outrageous effort to not only directly interfere with the Plaintiffs’ business, but to cripple it entirely,” the suit charges

Elicker’s administration declined any comment on the lawsuit. So did Lamont’s administration. In announcing his emergency orders over the past month, Lamont has cited “the authority vested in me by the Constitution and the laws of the State of Connecticut” during a public health emergency.

In declaring New Haven’s state of emergency on March 15 and then limits on the size of public gatherings on March 19, Elicker cited powers provided under Connecticut General Statutes Sections 28-8a(a) and 28-22, and Chapter 11, Sections 6, 7 and 11-23 of the city’s code of ordinances.

In the current wave of public restrictions, local governments have relied on the language in the a U.S. Supreme Court ruling, in the case of Clark v. Cmty. For Creative Nonviolence and cited in a subsequent 1989 ruling, that permits First and Fifth Amendment restrictions on gatherings “provided that they are justified without reference to the content of the regulated speech, that they are narrowly tailored to serve a significant governmental interest, and that they leave open ample alternative channels for communication of the information.

The first step in the newly filed lawsuit would be a hearing on the plaintiffs’ request for injunctive relief.

This story was first published April 7, 2020, by the New Haven Independent.