Senate Democrats objected to a GOP plan to add $250 billion to a small business loan program known as the Paycheck Protection Program funded at $350 billion in the last stimulus bill.

Republicans rejected a Democratic counterproposal – supported by Connecticut’s lawmakers – that would add hundreds of billions of dollars to increase relief to state and local governments, as well as hospitals and food stamp recipients.

The Paycheck Protections Program, or PPP, allows Small Business Administration-approved banks to make loans to companies with 500 or fewer employees.  Those loans could be forgiven under certain circumstances,  with the federal government paying back the lenders. But is it being swiftly drained, with $100 billion already committed despite a rocky rollout.

In Connecticut, banks have approved loans for at least 1,300 small businesses.

In a recent survey of 3,000 members with 500 or fewer employees, the Connecticut Business & Industry Associations found that 90 percent had applied for a PPP loan. Sixty three percent of the respondents say the money will help them meet their employee retention goals. Another third were unsure. 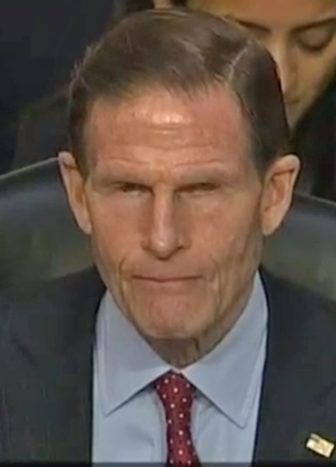 The CBIA survey also determined that  75 percent of those application are still pending.

Sen. Richard Blumenthal, D-Conn., said “there is a real worry” that the $350 billion approved for the small business loan program “is insufficient.”

While Democrats like Blumenthal agree with Republicans that the program should be increased by $250 billion, they are also seeking new regulations that would require half of that money, $125 billion, to be made available to small, community based-lenders, minority depository institutions and small banks and credit unions with less than $10 billion in consolidated assets.

The last federal stimulus package, called the CARES Act, also provided Connecticut’s state government with about $1.5 billion to help it cover the expenses of the crisis.

Blumenthal said the $1.5 billion allocated to Connecticut “is barely gong to cover a fraction of the state’s needs.”

Blumenthal  said he supports Democratic efforts to boost money to the states by another $150 billion and to hospitals by another $100 billion.

The Democratic proposal would also increase food stamp benefits by 15 percent and permanently derail President Donald Trump’s attempts to impose new work requirements on some adult recipients, now suspended during the coronavirus crisis, and other administration plans to restrict enrollment in the program. That likely would be a “poison pill” that could prevent Trump from supporting the package.

Sen. Richard Blumenthal visited a mobile pantry that ran out of food. More federal money to help is “mission critical,” he said.

Passing legislation in the House or Senate without calling lawmakers back to Washington D.C. requires unanimous consent, which is difficult to achieve even when party leaders have agreed to a deal. That’s not the case right now.

“Please do not block emergency aid you do not even oppose just because you want something more,” he said.

Sen. Chris Van Hollen, D-Md., responded that McConnell was performing “a complete political stunt” by offering a “go-it-alone, take-it-or-leave-it” proposal that was designed to fail.

Meanwhile, House Speaker Nancy Pelosi, D-Calif., told reporters on Thursday she is committed to a package that helps vulnerable individuals as well as small businesses.

“We have made our statement,” Pelosi said.  “There is a disparity in access to capital in our country. We do not want this tragedy of the coronavirus to exacerbate that disparity, or to ossify it.”