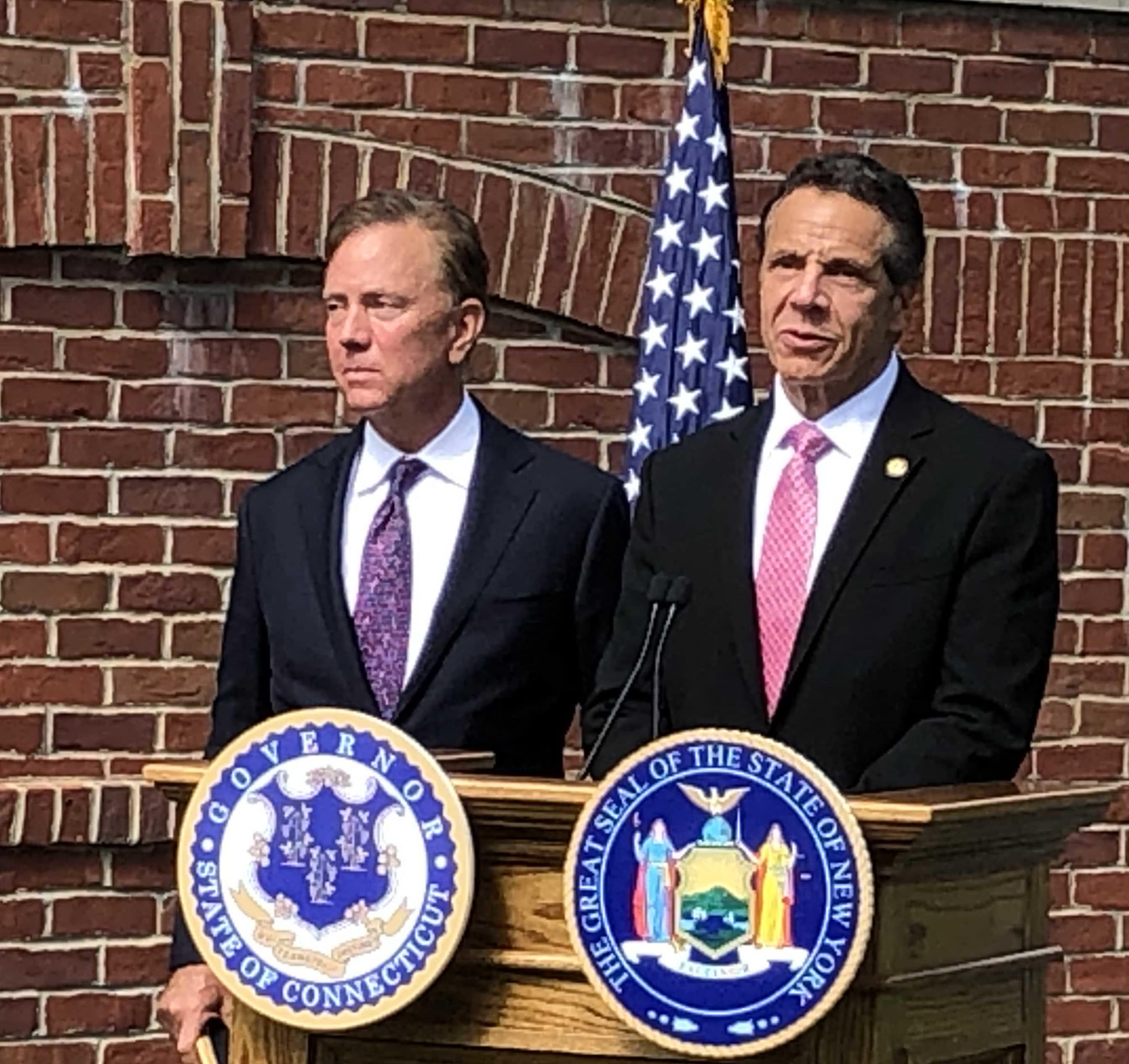 Washington – To cope with losses of revenues and unexpected medical expenses due to the coronavirus pandemic, the nation’s governors, including Connecticut Gov.Ned Lamont, are pressing for hundreds of billions of additional state aid in the next major stimulus package.

The nation’s governors insist the “Phase Four” bill include $500 billion to help them respond to the coronavirus crisis.

“States are facing budgetary shortfalls due to the far-reaching and unprecedented impact from the coronavirus. Congress must allocate funding to help states continue the fight while ensuring they can remain financially stable,” Lamont tweeted in support of an effort to seek the additional money led by Gov. Larry Hogan and Maryland and Andrew Cuomo of New York.

The nation’s governors are also demanding flexibility in how they can use the money.

Discussions have begun on the next major stimulus bill, which would be the fourth such package approved by Congress.  However, negotiations between Democratic and Republican leaders have been rocky.

The last federal stimulus bill, the CARES Act, provided $150 billion in a new “Coronavirus Relief Fund”  to the states,  about $1.4 billion to Connecticut.  Governors were able to begin drawing down their allocations this week.

But the money can’t be spent on costs that are not directly attributable to the coronavirus crisis, such as purchasing ventilators and other medical and protective equipment and setting up provisional hospitals.

James Nash, spokesman for the National Governors Association, said governors want to use the funds more broadly, to fill holes in their budgets that are indirectly attributable to the coronavirus, such as the shutdown of businesses and soaring jobless rate that will depress the state revenues from corporate and personal taxes, as well as sales and gasoline taxes.

The governors are asking Treasury Secretary Steven Mnuchin to change the regulations concerning the use of the $150 billion that has already been approved and for Congress to make sure governors have flexibility in spending additional funds that may be included in the next stimulus bill.

“States are implementing hiring freezes and reductions in discretionary spending while ordering departments to plan for different scenarios that envision deep and sustained revenue loss,” Nash said. “To some extent, the prospect of federal relief, along with rainy day funds and the nature of the state budget cycle, have staved off layoffs thus far.”

But governors are warning their ability to respond to the pandemic will be hurt without more money. Michigan estimates  state revenues could be reduced by $3 billion this year,  Wisconsin said it could lose $2 billion and Pennsylvania estimated it’s coronavirus-related loss at $4.5 to $5 billion. State projections for 2021 revenue loses are even more dire.

Lamont spokesman Rob Blanchard said the U.S. Treasury on Monday opened the portal for states to register for their allocation of the Coronavirus Relief Fund, but Connecticut has yet to receive any money.

Blanchard said that once registered, states will receive “promptly” half of their allocation, with the rest no later than  April 24.

“The Office of Policy and Management has requested the first tranche, and we are awaiting receipt of the funds,” he said “That said, we have not received any guidance from Treasury as to how we can spend it – the only guidance is the statutory language which limits use to ‘necessary’ COVID-19-related expenditures that were not budgeted for as of March 27.  Revenue replacement is not an eligible use.”

Blanchard said Connecticut’s government does not know how much more federal money the state will need to avoid a deficit. “Obviously we have a healthy rainy day fund, but we have no idea for how long we will be responding to the pandemic and for how long our economy will be in partial shutdown,” he said.

“Without this leadership, the damage to our state economies will be exacerbated by the cuts we know we will be forced to make,” the governors wrote Trump.  “We ask you to heed this weekend’s call from the leadership of the National Governors Association, Chair Maryland Governor Larry Hogan and Vice Chair New York Governor Andrew Cuomo, and support $500 billion in state stabilization funds that will allow for the replacement of lost revenues and with the maximum flexibility possible so the funding can be used beyond those costs directly tied to COVID-19 related expenses.”

Despite intense lobbying by the nation’s governors, Cuomo, during an interview with CNN Wednesday night, said securing more stimulus money for the states will be a heavy lift. “You don’t earn a lot of political chits giving money to state governments, so politicians don’t want to do it,” the New York governor said.

There was an attempt – by congressional Democrats – to add more money for states in an interim bill that would also provide an additional $250 billion to the Paycheck Protection Program that provides forgivable Small Business Administration loans to small businesses.

But that Democratic request, coupled with a request for another $100 billion to help the nation’s hospitals, has stalled approval of the interim package. The proposed money to the states is likely to be dropped from a final deal.

Meanwhile, the $350 billion that set up the Paycheck Protection Program hit it’s limit on Thursday and is now out of funds.