Nonprofit agencies say they are on brink of financial disaster 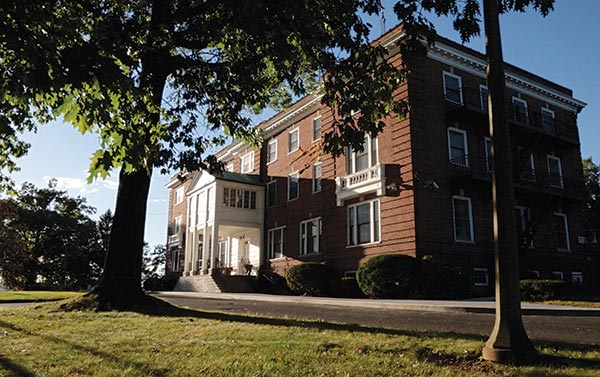 Even amidst the coronavirus pandemic, hundreds of nonprofit agencies in Connecticut continue to serve millions of disabled adults and children, the mentally ill, drug addicts, and others in need.

Yet these nonprofits aren’t considered “essential healthcare workers” like doctors and nurses, industry leaders said Tuesday, a distinction that limits access to protective equipment and leaves many agencies on the brink of financial catastrophe.

But Gov. Ned Lamont’s administration said that simply isn’t true. And while “there are still areas where there are gaps,” all healthcare providers, not just social service agencies, are seeking more resources during this crisis, said Josh Geballe, the governor’s chief operating officer.

Regardless of their perspectives, both sides agree the stakes are huge. 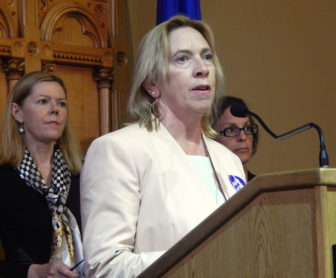 Heather Gates, president of the mental health agency Community Health Resources, speaking at a press conference about the state budget in 2015.

More than a half dozen state departments collectively spend roughly $1.4 billion per year for this purpose. This represents more than 7% of the budget’s General Fund. In terms of dollars, that’s more than is spent on the departments of Transportation, Correction and Motor Vehicles combined.

But an industry that insists it has long been underfunded — and too frequently ignored — said the coronavirus crisis only exacerbated this situation.

Lamont officials noted that state payments to nonprofits for the final quarter of the fiscal year, covering April through June, were sent early.

And some providers who care for the developmentally disabled got a 10% rate increase in the final quarter.

Ability Beyond of Bethel, which serves about 3,000 developmentally disabled clients in Connecticut and New York, has spent $90,000 on protective equipment, said Jane Davis, president and CEO, who added she’s gotten most of her PPE from the private sector.

Most public assistance has come from New York, not Connecticut, which seems to be focusing equipment on hospitals, and clinics, she said.

“Think of us as health care workers,” Davis said. “Don’t forget the vulnerable people that we serve.”

Many nonprofits receive a significant portion of their state funding on a “fee-for-service” basis. Rather than receiving a fixed, quarterly payment that covers all programs, many agencies receive a portion of their funds based on the number of clients served on a daily or other incremental basis.

Many substance abuse treatments are billed to the state on a daily basis. 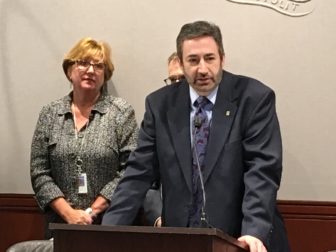 But since the pandemic hit Connecticut in early March, clinic visits have dropped. Also, group home populations have been reduced to allow more personal space and create isolation areas for the sick.

Even with tele-health services offered, fee-for-service revenue is down $500,000 in just over a month, said Gates, who recently furloughed 54 workers.

Simon, who’s lost roughly $1 million in fee-for-service revenue, had limited furloughs through Tuesday to just three by redeploying staff. As one program is closed due to financial constraints, staff are reassigned.

But he warned that even at a large agency like Oak Hill, which employs 1,700 people, all employees are not interchangeable. At some point, more furloughs will occur.

“You’re not going to take a [special education] teacher and put them in a group home” for substance abuse patients,” he said.

Paul Mounds Jr., the governor’s chief of staff, said Tuesday the administration is in contact with all health care providers, including nonprofit social service groups, on a daily basis to discuss a wide range of problems — including finances.

And while Mounds did not offer specifics, he added, “We will always continue to have discussions and conversations with them.” 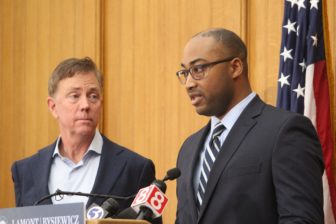 The problem with that answer — and the others nonprofits have received from the Lamont administration — Casa said, is that they remain vague.

“They’ve said their intention is to try to keep folks whole, but they haven’t made commitments.”

The pandemic only exacerbates a financial crisis nearly two decades in the making, nonprofit leaders added.

Since 2002, state spending for nonprofits has grown by about 10%. After adjusting for inflation, nonprofits say they have lost big money.

And with the latest crisis, nonprofits — especially the small ones — are no different than any other business, Casa said. They’re just hanging on. 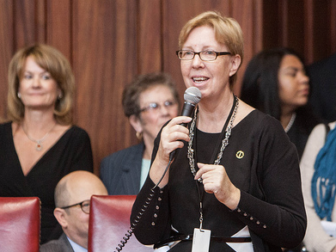 Sen. Cathy Osten, D-Sprague, co-chairwoman of the Appropriations Committee, recently appealed both to the Lamont administration and Connecticut’s congressional delegation on behalf of nonprofits.

With a huge surge of state retirements across most agencies projected for 2022 and 2023, Lamont already has said he hopes to shift more state social services onto the private sector. If something isn’t done soon, Osten said, the safety net will be too tattered to handle the increased load.

“We have moved a lot of services from state government into the nonprofit world. “I just think this is a group of people that nobody wants to pay attention to.”

Larger nonprofits, like Oak Hill and Community Health Resources, can’t even access federal business relief offered through the Payroll Protection Program, which was limited to businesses with fewer than 500 employees.

U.S. Rep. Joe Courtney, D-2nd District, said he favors more assistance for nonprofits, but warned the focus for the next round of stimulus is on federal aid to state, municipal and tribal governments.

“Frankly it’s not just an issue in Connecticut,” he said. “This is an issue in all states.”

The irony, Gates added, is that even when the pandemic ends, Connecticut will still have to contend with a recession, and nonprofits will be asked to do even more.

“When this is over, people’s anxieties — and the demand for our services — will be even greater,” she said. “But in the meantime, we’re battling just to be considered part of the healthcare system.”