Some, but not all, CT jobless to receive $600 federal unemployment pay ‘soon’ 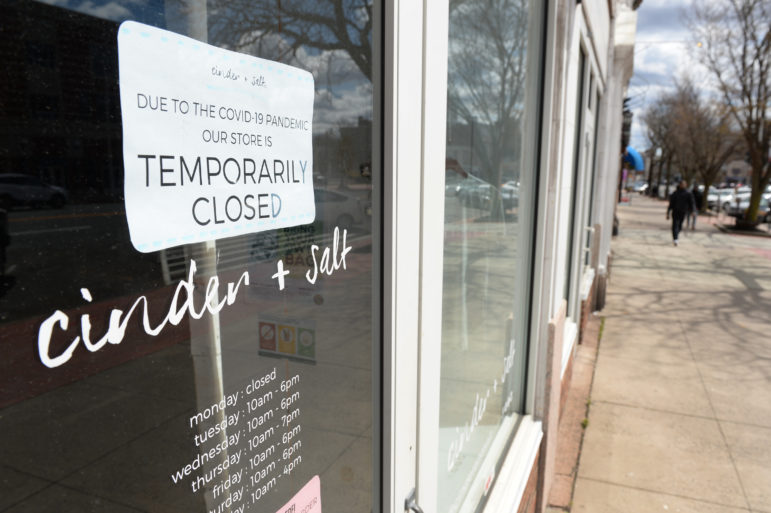 Temporarily Closed sign on the door of Cinder & Salt, a clothing boutique in Middletown due to the COVID-19 pandemic.

Like many Connecticut residents who are jobless because of the pandemic, Kim Addenbrooke has been waiting weeks for her unemployment benefits — both from the state and the federal government.

But  she and other Connecticut residents who are out of work will have to wait longer to receive all the money they are due, especially the federal portion of the funds.

Addenbrooke, 50, who filed for benefits more than a month ago, has worked for nearly a dozen years at 99 Restaurant & Pub in her home town of Stratford.

“Thank God for the stimulus check,” Addenbrooke said of the $1,200 coronavirus payment she got from the Treasury Department. “Because I’ve had no money coming in for more than a month.”

Like many others who lost jobs in the pandemic, Addenbrooke has tried to call the Connecticut Department of Labor about her unemployment application, entered with difficulty on her daughter’s computer on March 17 “after the system crashed  four times.” Attempts to make follow-up calls on the status of her claim have been futile, she said, because nobody picks up the phone or she is put on hold and the call drops.

The CDOL, faced with unprecedented demand for services, has eliminated its call centers in favor of a fully automatic system. It has about 25 people who will answer the phone, if you can get through to them, but these phone bank employees can’t process claims of solve problems with applications. They are there to provide general information, the department said.

Department officials say they finally upgraded the 40-year-old COBOL programming system and are making decent progress trying to catch up on the deluge of state unemployment claims that rolled in like a tsunami since the state went into shutdown mode. But the state has yet to provide Connecticut’s jobless with any of the $600-a-week federal benefits that are due by law with no waiting period.

So Addenbrooke  and many Connecticut jobless may have to wait weeks more for their first unemployment payment.

When will Connecticut begin sending out the $600-a-week federal payments?

Connecticut is only one of four states in the nation that haven’t as yet provided the federal portion of the unemployment benefits. All of Connecticut’s New England neighbors have, as have New York, New Jersey and Pennsylvania.

Federal legislation aimed at blunting the economic pain of the coronavirus crisis requires eligible individuals unemployed since March 29 to receive $600 in federal benefits each week  added to their state benefits.

The Connecticut department says the $600 will be added to the checks of those receiving state benefits starting next week under a new program known as Federal Pandemic Unemployment Compensation, or FPUC, established by the massive federal stimulus bill known as the CARES Act.

The new federal benefits will be available until July 31. If the pandemic is still preventing the nation’s businesses from returning to normal, Congress may extend the deadline.

What about the self-employed and “gig-economy” workers who lost their jobs? 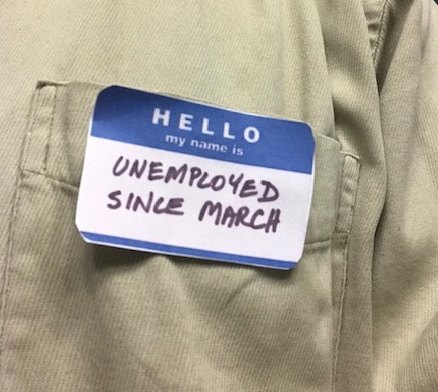 Connecticut is among many states that have not yet set up a system to process unemployment payments under another new federal program that provides benefits to workers who traditionally do not qualify — the self-employed, independent contractors, and those working in the “gig” economy. They are also eligible to receive a $600-a-week payment under the Pandemic Unemployment Assistance, PUC, program.

But none of these jobless people have received a single payment and will have to wait a little longer for help. The department said it would begin accepting those claims on April 30 and sending out payments “soon” afterwards.

“We are building the system now,” said spokesman Dante Bartolomeo. Only 12 states have the PUC system up and running, including New York and Rhode Island.

The state labor department said that, like those who qualified for traditional benefits, these individuals will have to wait several weeks to receive back benefits due, too.

What about those who have exhausted their state unemployment benefits?

Those who have to wait the longest for help are jobless who have exhausted their state unemployment benefits.

The CARES Act mandates they receive another 13 weeks of $600-a-week federal benefits, but the Connecticut Department of Labor said it will not be able to process those claims until mid-May because it is also setting up that system.

There’s no point in applying for [these benefits] right now,” Bartolomeo said.

What if you haven’t exhausted your 26 weeks of state benefits but soon will?

The Connecticut Department of Labor also lacks the ability, until mid-May, to comply with another CARES Act requirement – that unemployment benefits be extended for all Connecticut jobless from a normal 26 weeks to 39 weeks.

Are all jobless eligible for the new coronavirus unemployment benefits?

No. Those who are working at home or those who are on sick or on family leave do not qualify. But nearly everyone else hurt by the pandemic does, including those who have symptoms, or have tested positive for COVID-19, or are living with someone with COVID-19 and must be quarantined.

You also qualify if you are the primary caregiver of a child or other household member – such as a disabled child or parent – whose school or facility has closed as a result of the COVID-19 public health emergency.