CT receives 38,000 unemployment claims from self-employed and ‘gig’ workers, but benefit payments will take a while longer 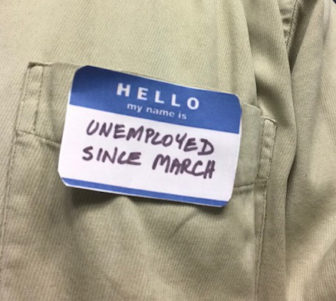 For the first time, self-employed individuals and workers in Connecticut’s “gig” economy will be able to receive unemployment benefits from the federal government –not the state.

The process is complicated, however, state officials say, so actors, consultants, Uber drivers and other self-employed people who are jobless because of the pandemic may have to wait a while longer for relief.

The CARES Act, a massive stimulus bill approved by Congress in March, established a program called Pandemic Unemployment Assistance, or PUA,  which guarantees $600 a week in benefits for self-employed and freelance workers who have lost their jobs because of the virus’s blow to the economy.

Since it began accepting applications last week, the Connecticut Department of Labor says it has received 38,000 applications from these workers, who traditionally have not qualified for state unemployment benefits.

But there is still an additional process for these workers to receive federal their PUA benefits.

The federal government requires those who  are self-employed to apply for state benefits first, even if they are not eligible for that help. Applicants should use the blue button on the CDOL web site to apply for those state benefits.

After receiving a monetary denial letter in the mail from the Connecticut Department of Labor, applicants can apply for PUA benefits by using a red button the department hopes to put on its web site this week.

The CDOL also said it continues to process back federal payments of $600 a week to those who do qualify for state benefits.

The department said that this past weekend, more than 560,000 retroactive payments totaling $336 million were issued for weeks ending April 4, 11, and 18 and deposited into claimant accounts on Tuesday.

In total, $572 million in federal unemployment payments have been provided to Connecticut residents, according to the department..

The federal government has also added 13 weeks to the state’s 26-week unemployment program. These additional weeks of benefits are available to all jobless who have exhausted their state benefits in the past year.

The Connecticut Department of Labor said it is currently developing the system to process those additional weeks of benefits and expects to begin administering them in mid-May.

Meanwhile, economists expect the U.S. Labor Department to report on Friday that 22 million Americans lost their jobs during the month of April. In the worst month of the last recession, the United States lost 800,000 jobs.