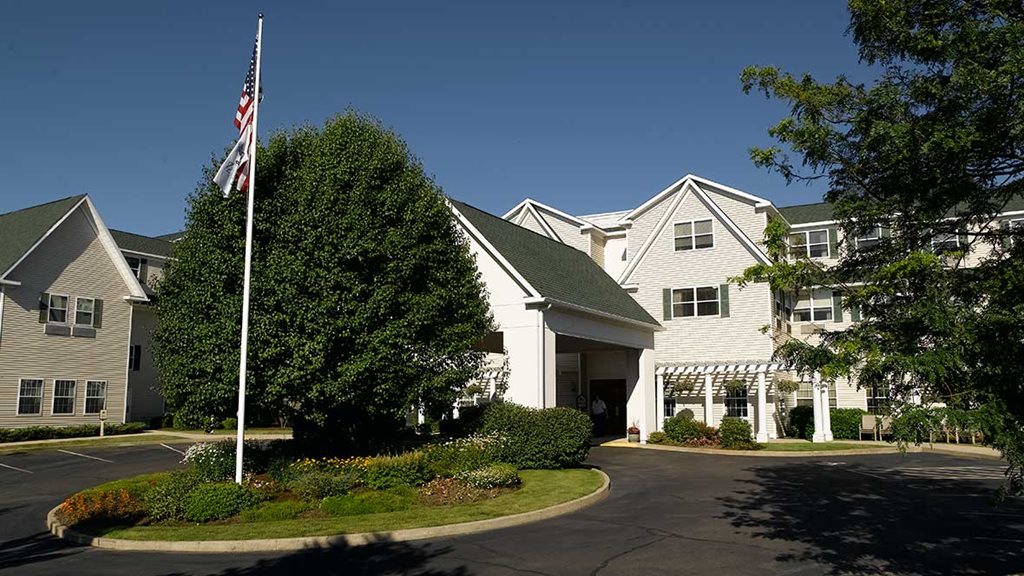 Spring Village at Stratford, an assisted living facility that grappled with a COVID-19 outbreak in mid-April.

Gov. Ned Lamont’s efforts to track the coronavirus’ impact on the thousands of seniors in assisted living centers continues to have significant gaps after two weeks.

State health officials acknowledged Friday that not all medical agencies that staff the centers have been reporting numbers in a timely fashion, and it remains unclear whether fatalities — which were excluded from the first two reports — would be disclosed next week either. By comparison, the Lamont administration has been reporting COVID-19-related data among nursing home residents since April 7.

But both health officials and an industry representative also said communication between all parties is strong and remained optimistic the new system would improve.

“I think the assisted living facilities are getting there, but they’re used to being independent communities,” said Barbara Cass, who heads the facility licensing and investigations for the state Department of Public Health. “It’s a new process for them. I think that has been the challenge.”

The Connecticut Assisted Living Association, which represents most of the medical service agencies staffing assisted living centers, “has a longstanding history of working collaboratively with DPH,” said Christopher Carter, the association president.

“We’re pleased to have worked with the department regarding the reporting requirements,” he added, “and to the extent enhancements are required relative to the data the state is receiving, CALA stands ready to support the department in that process.”

Assisted living residences serve residents age 55 and older who need some health, nursing, or other assistance with daily living activities, but not necessarily the skilled care provided by a nursing home.

I think the assisted living facilities are getting there, but they’re used to being independent communities.”— Barbara Cass, facility licensing and investigations head, DPH

After a COVID-19 outbreak forced state and local health officials to dispatch additional medical personnel to a Stratford assisted living community on April 18-19, Lamont ordered these centers to disclose pandemic-related health statistics weekly to the state.

But the two assisted living reports Lamont has provided were significantly narrower in detail than administration presentations involving infections among nursing home residents.

Firstly, the reports offer no data on residents who died from the coronavirus.

Secondly, the assisted living reports — at least partially —  were statistical snapshots in time, rather than based on cumulative data as nursing home presentations have been.

For example, the first assisted living report, tallied on April 29, found that 662 residents either had tested or were presumed positive for COVID-19.

The second report, which was tallied on May 6, found 506 assisted living residents fell into these categories. But it offered no explanation for the net decline of 156. It remains unclear whether the first tally, the second, or both were wrong or incomplete. Cass said some medical agencies serving assisted living centers were late in filing data.

State officials also haven’t said whether residents counted in the first report — who later died or recovered — were removed from the second report.

Can the public safely draw any conclusions from the decline in reported infections at assisted living centers after two reports?

“I would not,” said Dr. Lynn Sosa, the deputy State Epidemiologist, who added that the potential variables behind those numbers are significant. “I know in the reports we’ve done the past two weeks, I’m missing [data] in places.”

Sosa said the medical agencies serving assisted living centers “have only been asked to report their present and confirmed cases in the building,” at least for initial reports. But DPH is working to create a better data collection program.

When asked whether coronavirus-related deaths among assisted living facility residents would be included in next week’s report, Cass said it was uncertain.

‘The work is ongoing’

Technically the state doesn’t even license assisted living facilities. Rather it licenses the Assisted Living Service Agencies [ALSA] that provide medical services for residents of the centers.

State regulations already require an ALSA to regularly assess residents’ health conditions and refer them to appropriate medical providers when necessary. A registered nurse must be on call 24 hours a day.

And Cass noted that ALSAs generally have much a smaller staff than do nursing homes, particularly if an assisted living complex has few residents with complicated medical conditions, such as dementia. An ALSA might be as small as a supervising nurse and two or three more caregivers.

Another complication, Cass said, is the mechanism used to collect data so far.

ALSAs that aren’t part of the collaborative also have been asked to report into the system, but it’s a new process for many of them.

Sosa said it became apparent early on that some agencies filed timely reports but still missed certain fields in the program.

“That obviously makes it challenging,” Sosa added. “The work is ongoing.”

The state’s two largest nursing home associations, which also represent some of the assisted living facilities in Connecticut, also predicted reporting would improve.

“The mutual aid program was developed by the nursing home sector in partnership with the state, and so it follows that the nursing homes were able to effectively utilize these advanced reporting systems in the current crisis,” Matthew V. Barrett, president of the Connecticut Association of Health Care Facilities, and Mag Morelli, president of LeadingAge Connecticut, wrote in a joint statement.

“The assisted living sector agrees with the public health reporting strategy and is rapidly increasing capacity to meet these new reporting obligations in a short time-frame,” Barrett and Morelli added. “Much progress has been achieved since the reporting initiative was launched less than two weeks ago and we expect that capacity for timely and accurate reports will be in place in the near future.”