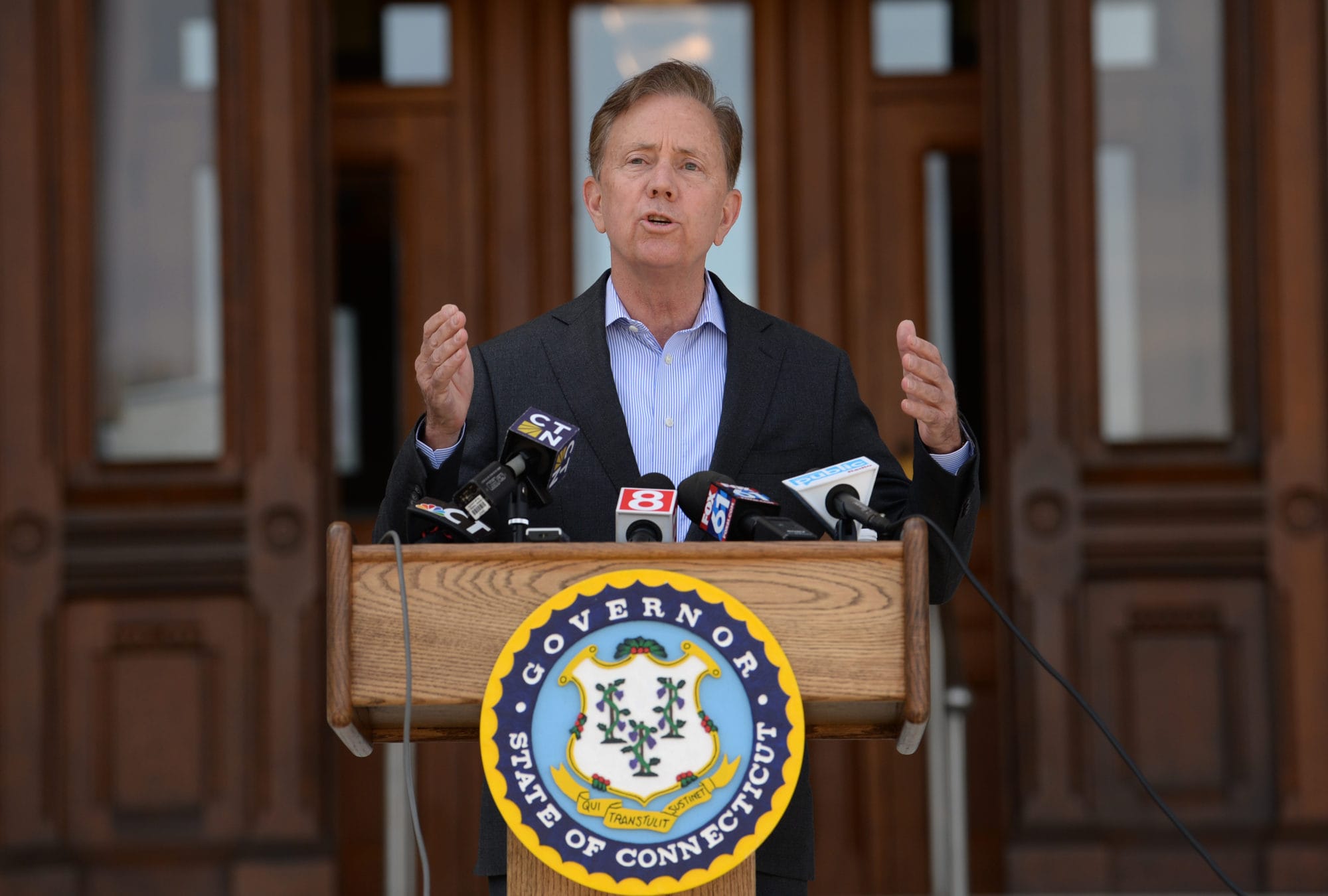 But while the Democratic governor is resolute, some in his political party are less enthusiastic about continuing to ease transparency and ethics rules to leverage private-sector resources.

“I was one of the first non-politicians, more of a business guy, in a long time here,” Lamont said. “And I really wanted to get the private sector — big business, small business, academics, not-for-profits — more invested in their state. … We have amazing state employees but we can’t be experts on everything.”

Lamont added he would “make sure we can come up with a model that invites these people to be participants in what we’re trying to do as a state,” adding this model must “give you confidence they’re doing it in the best interests of the state.”

We worked through this, I thought. We were going to earn the trust of the people of Connecticut.” — Gov. Ned Lamont

“I had to work very closely with folks who weren’t used to having every email scrutinized by the public,” Lamont said Tuesday as he announced the partnership’s dissolution.

“I am not a politician and I never signed up to become one,” Barbara Dalio wrote in a statement. “I only want to help people.”

Portions of meetings would be closed, but the governor said he thought objections would be minimal if partnership members discussed their decisions. “We worked through this, I thought,” he said. “We were going to earn the trust of the people of Connecticut.”

But that venture collapsed this month following media reports that Dalio representatives had pressured the partnership’s executive director to resign — eight days before Connecticut’s legislative leaders had been notified of any problem. 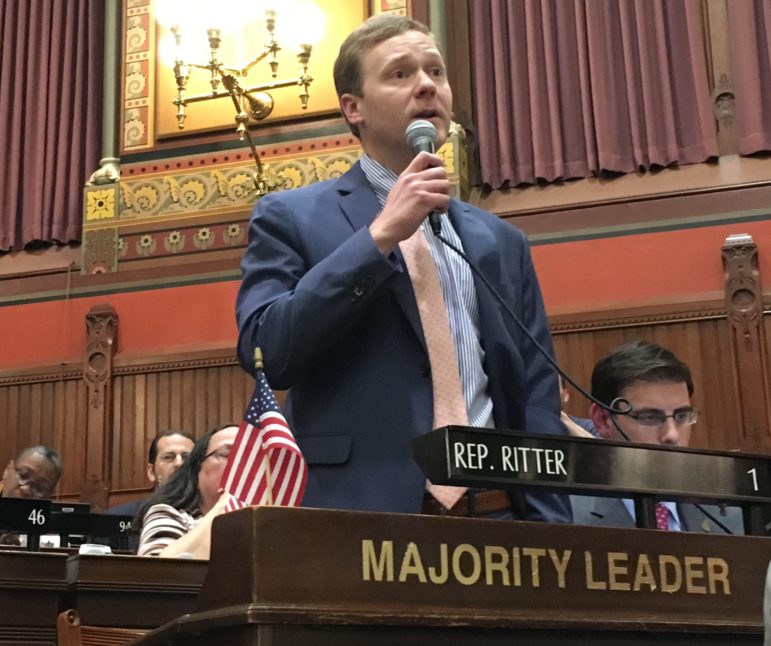 House Majority Leader Matt Ritter believes the partnership with Dalio was flawed from the start.

Lamont and Barbara Dalio blamed politics and leaks of information that all parties had agreed would be kept private.

But the governor’s fellow Democrats in the House and Senate majorities said while the initiative was laudable and showed the Dalio’s tremendous generosity, it was also flawed from the start.

“The transparency was always an issue and a challenge in this,” said Senate President Pro Tem Martin M. Looney of New Haven.

“Looking back on it, we were trying to create a hybrid of government officials and private officials and the lesson here is that’s just not possible,” said House Majority Leader Matt Ritter of Hartford.

The partnership with Dalio hasn’t been Lamont’s only struggle with state disclosure rules during his first 17 months in office.

Lamont assembled dozens of private-sector experts in health care, business, and other fields to advise him about how to gradually ease the numerous restrictions imposed to safeguard public health during the pandemic. He insisted the Reopen Connecticut Advisory Panel is not subject to disclosure laws because the group was created under the umbrella of AdvanceCT, a nonprofit business policy group.

But Lamont also routinely “announces” panel functions and acknowledges frequently that it is assisting him with modifications to state rules — in other words, performing a public function.

The administration has received requests for panel records in accordance with FOI laws, but the Freedom of Information Commission has not issued any decisions to date on the advisory panel’s status regarding disclosure rules.

But while that group contains nearly 50 members — including some Lamont administration officials — it contains no legislators, further raising doubts lawmakers would want to help the governor carve out more exceptions to FOI statutes.

Flexer’s committee introduced a measure in February that would have ended the disclosure and ethics exemptions for the Partnership for Connecticut, but all bills died this year when lawmakers left the Capitol in early March in response to the coronavirus.

She also was one of 10 Democratic senators who wrote Lamont last week urging him and the advisory panel to delay plans to phase out COVID-19 restrictions starting May 20.

But legislators aren’t the only members of  the governor’s political base to bump heads with the governor over transparency. Labor unions took on Lamont after he’d been on the job just three months.

Lamont sought to ease some of those standards to streamline government. But Connecticut AFL-CIO President Sal Luciano labeled it “reckless and shortsighted” and “an alarming attempt to return us to the shadowy Rowland years.”

“Which ‘old way’ does he mean?” the AFL-CIO head responded. “The Rowland way was the old way.”

Luciano added that “What’s important is that the taxpayers know that their money is being used in the manner they believe it is supposed to be used. And without transparency how can you know that?”

Nothing positive happened from this announcement today, because the goal was to help people in the city that I represent. It’s incumbent on all of us to find a way to make these partnerships work better. If the end result is to stop there, shame on us.” — House Majority Leader Matt Ritter, D-Hartford

Ritter also said the pandemic is partly to blame for any disconnect between legislators and Lamont regarding the reopen Connecticut panel.

“We haven’t been in the building for two months,” Ritter said, adding that Lamont was forced to respond to a crisis without the assistance of a functioning legislature. “There was a power vacuum and the Executive Branch filled it. I believe, on the whole, they’ve done it very well.”

The majority leader added he believes legislators will find a solution on private-sector involvement and transparency that works for all groups, even if it is not precisely what the governor wants.

Why? Because the potential benefits, Ritter said, are too great.

“Nothing positive happened from this announcement today,” he said of the education partnership’s dissolution, “because the goal was to help people in the city that I represent. It’s incumbent on all of us to find a way to make these partnerships work better. If the end result is to stop there, shame on us.”