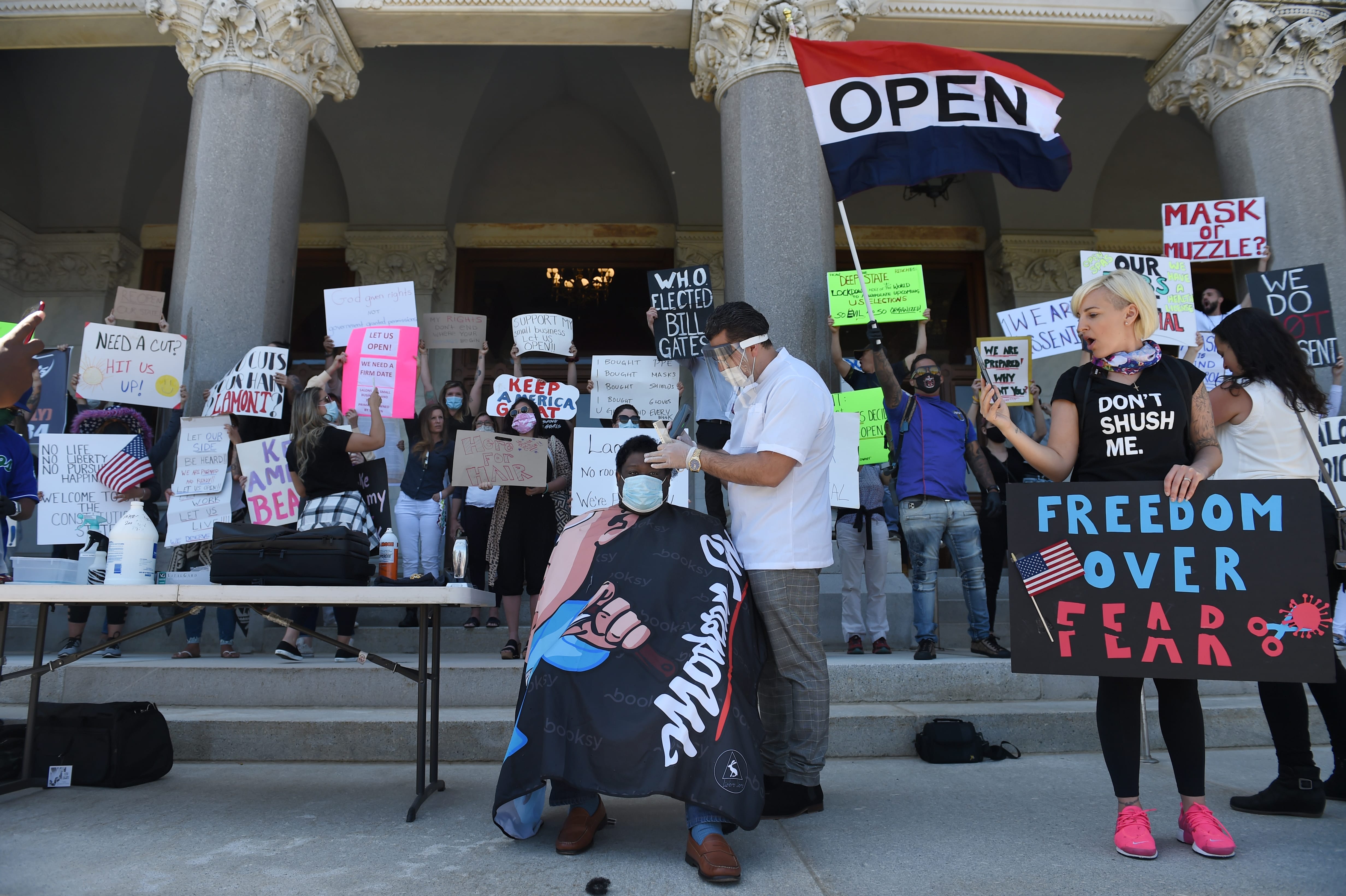 Leroy Garcia, owner of Modern Shave barber shop in Waterbury, gives Robert Fields his first haircut in eight weeks in defiance of the governor’s executive orders at the State Capitol on Wednesday. At right is Ashley Stone, an organizer of the protest.  Fields is a lobbyist for the Connecticut Barbers Association.

Connecticut’s two sovereign tribal nations said Wednesday they will open Foxwoods Resort Casino and Mohegan Sun on June 1 over the strenuous objections of Gov. Ned Lamont as he tries to manage a gradual reopening of commerce.

On a day when shopping malls and other retailers reopened in the first easing of the state’s COVID-19 restrictions, the governor tried at his daily briefing to nudge the state to be patient waiting for a second phase of reopenings in late June.

Gyms are likely to reopen around June 20, and the summer is looking good for camps and youth sports, Lamont said. But he acknowledged frustrations that have produced near-daily protests at the State Capitol. 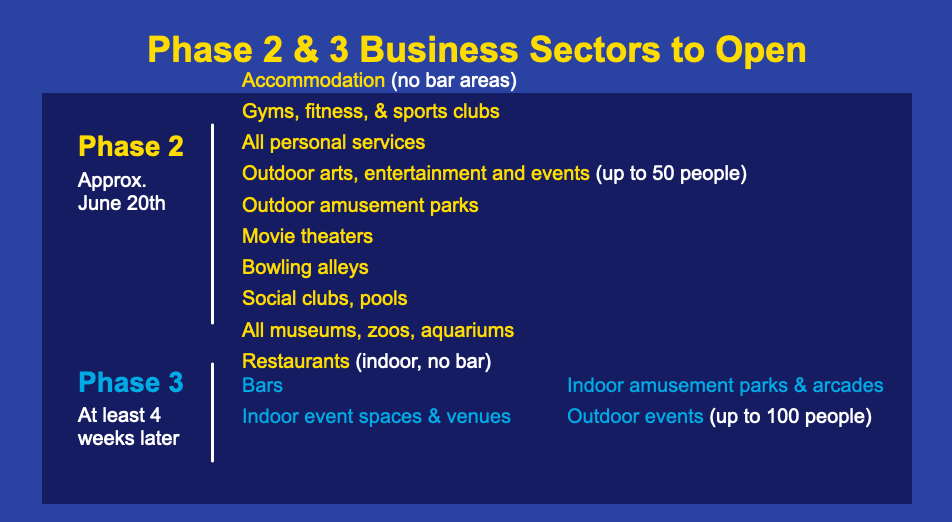 The governor invited Connecticut to look ahead to late June.

On Wednesday, it was barbers and hair stylists outraged at his change of heart on Monday, when he announced their businesses must stay closed until June 1. In addition to the defiance of the tribes, he is facing a push by a suburban mayor to ease more restrictions or face civil disobedience.

The governor, who was vague Tuesday on the issue of enforcement of his orders, said Wednesday they will be enforced.

“I don’t want 169 towns all doing their own thing, because that would be a field day for the virus,” Lamont said.

The tribes present another challenge as sovereign governments.

“We have a number of options. I’m talking to people that represent the people who work at these casinos. Do they feel safe?” Lamont said. “We could always advise people driving into the casinos, ‘Hey, do you know the governor has said this is not safe, especially if you are over 65?’ ”

Both tribes said they have developed phased reopening plans that would keep theaters, convention spaces and buffets closed, while allowing limited access to slot machines and table games. But, as of now, they would be the first to open in the region, and Lamont said he is concerned they would draw patrons from New York, Rhode Island and Massachusetts.

Chuck F. Bunnell, the chief of staff for the Mohegans,  said the tribes wish to work with the administration, not defy it. They already have agreed not to market to New York or Massachusetts or run the buses popular with older gamblers.

“We applaud the governor’s efforts to protect the state of Connecticut,” he said. “We encourage him to read the guides we sent him.”

Rodney Butler, the chairman of the Mashantucket Pequots, the owners of Foxwoods, could not be reached. He served on the group that advised the governor on reopening Connecticut.

Despite the prospect of a showdown with the tribes, the governor pronounced the day a successful, if tentative, transition to life with fewer COVID restrictions. (The state recorded 587 new cases and 57 more deaths attributed to COVID-19 on Wednesday, but hospitalization continued to fall.)

Restaurants were permitted to seat diners for the first time since mid-March, though only outdoors. Malls opened, though retailers expected they would not see crowds at their doors on the first day.

At Westfarms mall outside Hartford, a line of young women waited for the gate to open at Forever 21, a fashion store. The gate opened at 11:04, and patrons were welcomed by clerks offering hand sanitizer. Everyone wore masks.

A young woman crossed the threshold of Aerie, a seller of activewear and intimate apparel, raised both arms like a victorious runner crossing the finish line and exulted, “Underwear!” 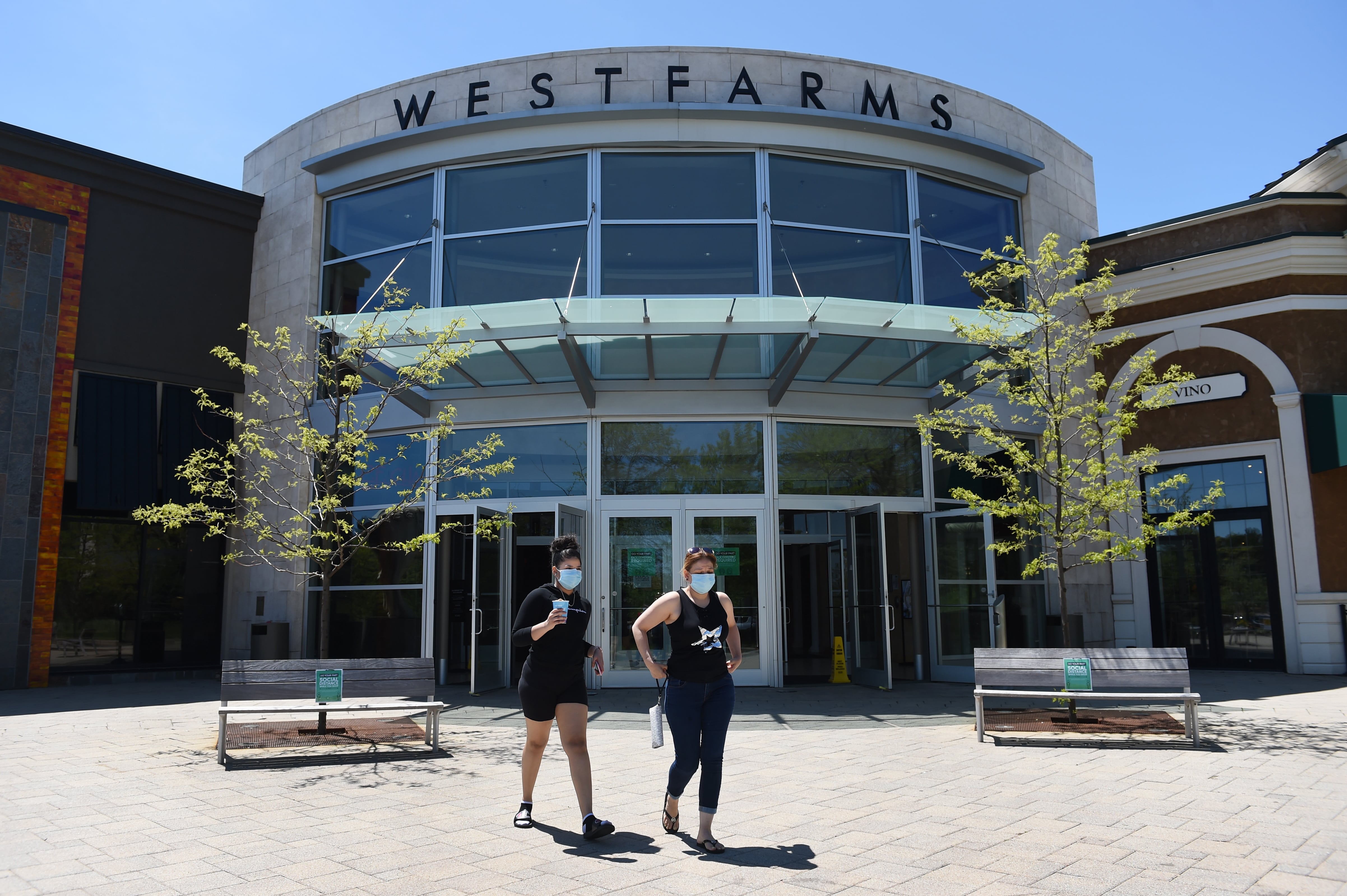 Shoppers leave the Westfarms mall in Farmington on the first day open since closing in March. About 30 of the mall’s 160 stores and restaurants were open, with more to follow in coming weeks.

Not everyone was as happy Wednesday. Nor did they all flock to shopping malls. Barbers and stylists gathered at the State Capitol, protesting a reversal that keeps their shops closed until June 1.

A new Quinnipiac University poll found a majority of Americans still were cautious about resuming shopping and dining out, with three-quarters favoring a gradual reopening even at the cost of continued economic pain.

But they were evenly divided on whether it’s actually safe to shop for clothing and closely split on the issue of the day on the Capitol grounds in Hartford: Is it safe to get a haircut? Fifty percent didn’t think so, but 48% did.

Hair cutters were included in Lamont’s original order allowing a modest easing of COVID-19 restrictions, starting Wednesday. But he reversed himself on Monday, bowing to lobbying by some salon owners who said it was unsafe for them and their clients to reopen.

Ashley Stone, one of the organizers of the protest, said the governor should have stuck to his original plan: Leave it up to individual stylists to decide if they were ready. The supply chain, she said, has responded to the new demands of products necessary to do business in the age of the novel coronavirus. 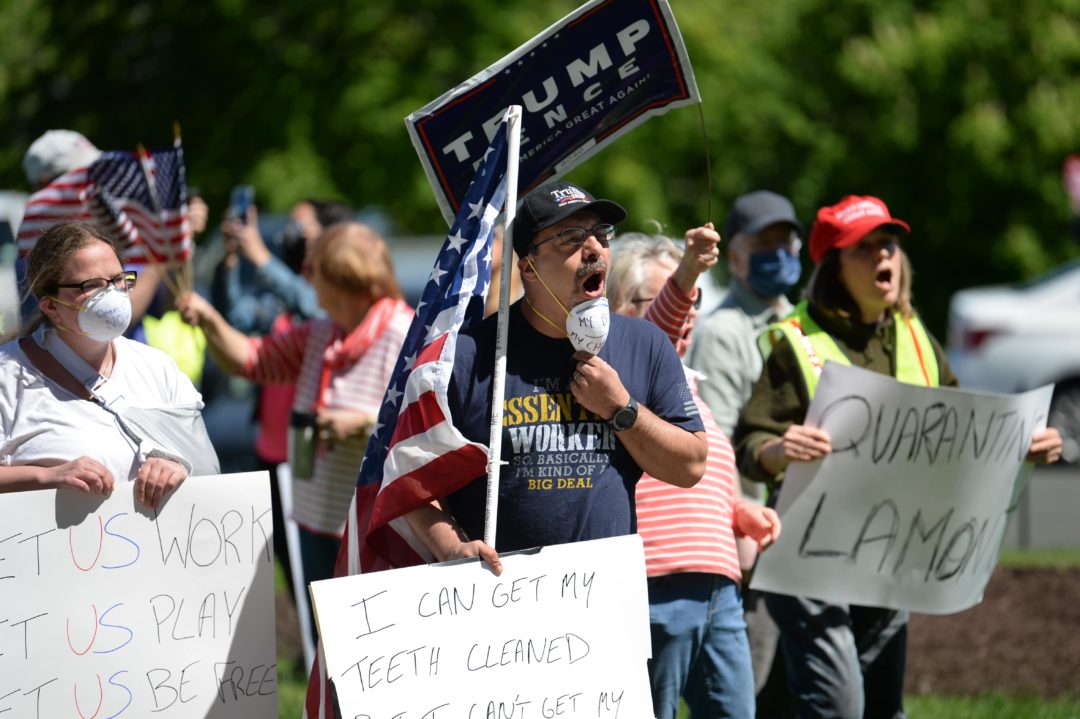 Protestors chant “Open now!” at a rally at the state Capitol Wednesday calling for the reopening of barber shops and hair salons. Gov. Ned Lamont is requiring barber shops and hair salons to remain closed until June 1. The event was organized by CT Liberty Rally, which promotes liberty, freedom, individual rights and personal responsibility, according to its website.

In addition to her salon, Stone owns Beauty Entourage, a business that sends stylists and makeup artists on the road to prepare brides on their wedding day or other special events.  A distraught client getting married Saturday at a downsized ceremony was the one who called with the news that the closing order was extended.

Her company does 700 weddings a year; 396 already have canceled, she said. Every day of business is important at this point.

Dominic Fernicola, a barber who owns a three-chair shop in Wallingford, said the original closing order provided much needed time to learn how to safely do business during a pandemic and make changes to their shops and business models. (Fernicola’’s business was strictly walk-ups; now, appointments will be required.)

More than 400 clients booked haircuts by the three barbers over the next two weeks, he said.

“We’re just trying to get everyone their first haircut back,” he said.