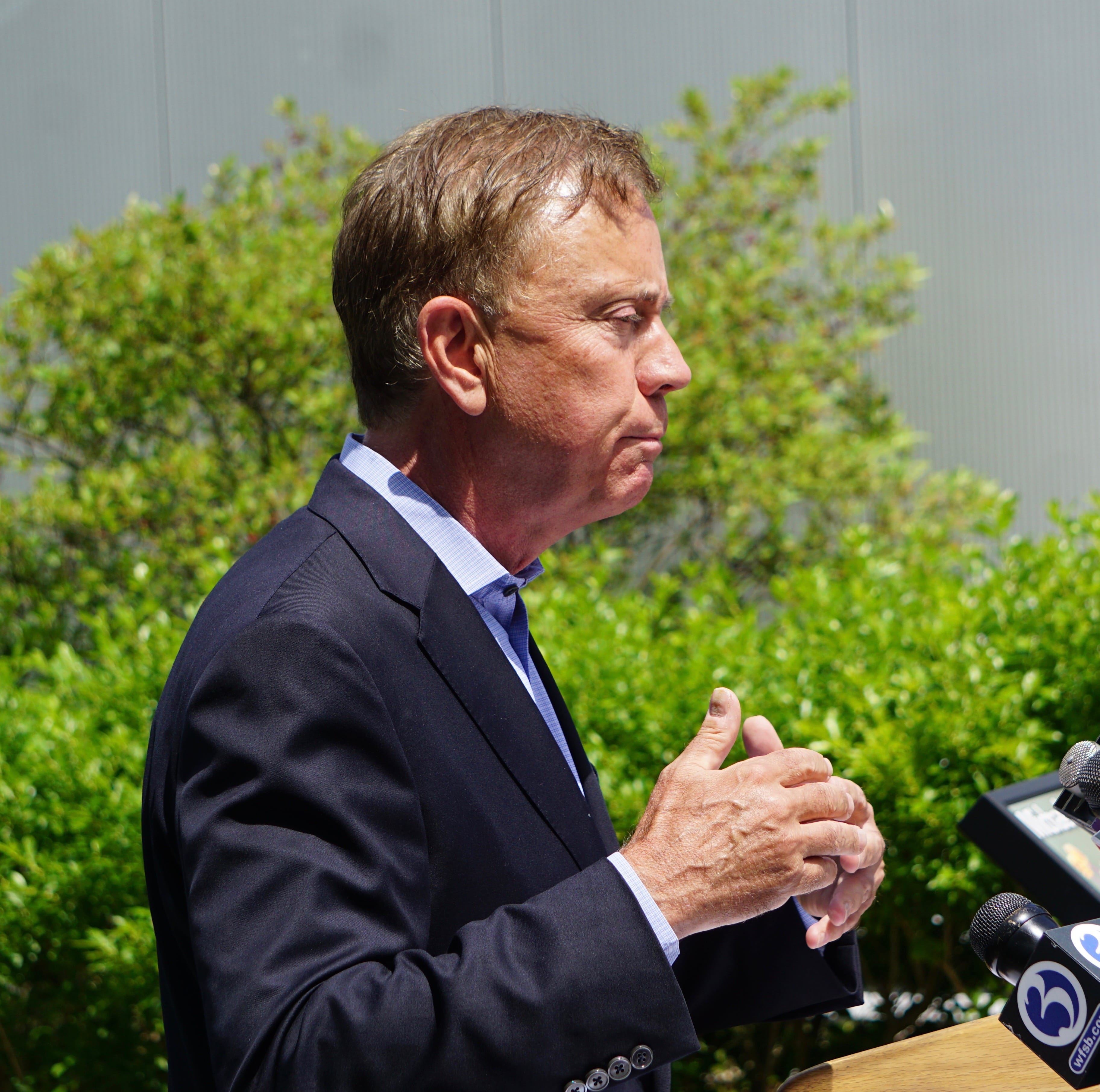 Gov. Ned Lamont said Tuesday that the state employees’ bargaining coalition has rejected his call for workers to forgo raises owed them at month’s end and help the state cope with financial pressures caused by the COVID-19 pandemic.

Under the public health emergency declared in March, Lamont has sweeping powers to set aside state laws and regulations, but he said he has no authority to unilaterally abrogate a contract and postpone raises.

New York Gov. Andrew Cuomo instituted a 90-day pay freeze in April, using emergency contractual language not available to Lamont. “You could do layoffs or you could buy some time,” Cuomo said then. “Let’s freeze the raises because that’s better than actually losing your job.”

Daniel Livingston, the lawyer who represents SEBAC, the State Employee Bargaining Agent Coalition, had no comment on Lamont’s announcement other than to refer to a statement the labor group posted on May 9 after the coalition’s only meeting on the topic of COVID-related givebacks:

“Of course, state employees are already sharing the state’s fiscal pain.  Those raises are due in accordance with the 2017 SEBAC Agreement, where state employees to date have received one general wage increase in the last four fiscal years. Meanwhile large corporations and multi-millionaires and billionaires have done little to help address state fiscal issues. Their state and local tax rate remains below that of working families.”

Lamont, a Democrat elected in 2018 with the support of the Connecticut AFL-CIO, said he tried to provide added benefits — “combat pay” — to front-line workers during the pandemic, while asking for sacrifice from others.

Many unionized employees are scheduled by contract to receive a 3.5% general wage increase when the fiscal year begins July 1. And all except the most senior also are owed a 2% step increase. Forfeiting those wages would generate an estimated $132 million in savings.

State employees should be cognizant of the wage givebacks now common in the private sector as businesses cope with COVID-19 closures and limits on their businesses, Lamont said.

“I think that would send the right signal and that’s how we work together. I’m not looking to lay anybody off, but I think that’s what you should do,” Lamont said.

Senate Minority Leader Len Fasano, R-North Haven, among the first to publicly call for a postponement of the raises, said he hopes that the legislature and public remember the unions’ refusal when the contracts expire.

“When they raise this issue tomorrow in a new contract, I hope people remember they wouldn’t even postpone the raises,” Fasano said. “I just hope they remember that at a time when we all could use a break, they weren’t willing to sit with the governor, a Democratic governor, to work with him.”

Lamont responded cautiously in late April, when he was facing a projected shortfall of about $530 million, at the prospect of stripping raises from “amazing front-line state workers who are putting it out every day.”

“First of all, that’s where my heart goes out to,” Lamont said. “I also understand the fact that I look around the state of Connecticut, I see people who are losing their jobs, taking pay cuts and this hits a note with people. So it’s something I’ve got to think about seriously in terms of trying to get that right balance there, and I am going to think about that.”

The $530 million shortfall projected for the fiscal year that ends June 30 has grown to about $900 million, a result of a delay in federal Medicaid payments. But bigger problems lay just over the horizon.

Simply put, from 2021 through 2023, the state’s revenue craters. State budget analysts project shortfalls ranging from $2 billion to $2.33 billion in each of those three fiscal years.