UConn to resume classes in August, but only with major pandemic precautions

Students will be allowed to return to UConn’s main campus in Storrs, above, and the Stamford campus when classes resume in August, but the university will also be offering online options.

This story was updated on June 11 with information from SEIU.

University of Connecticut students will be able to return to classes Aug. 31, but President Thomas Katsouleas warned Wednesday it will be an “academic semester and campus experience that will be unlike anything we have seen previously.”

Students planning to live in university residence halls in Storrs and Stamford will need to return to those campuses two weeks early to allow for required coronavirus testing and possible quarantine periods.

Following the Thanksgiving holiday break, classes and final exams will be online only for the remainder of the fall semester.

UConn’s plans to switch to a complete online schedule after Thanksgiving are similar to what officials governing Connecticut State Colleges and Universities announced last month.

Many colleges and universities across the U.S. are taking the same approach after Thanksgiving to reduce student travel to and from campuses, thereby cutting the risk that returning students will bring back COVID-19 infections.

Worries about COVID-19 surge as students return in the fall

Medical experts are also warning of the potential for another surge in coronavirus infections and deaths this autumn when students return to their schools.

Connecticut’s death toll from the pandemic has now reached 4,120, according to state statistics released Wednesday, an increase of 23 fatalities since the previous day. Hospitalizations continued to decline, with 23 coronavirus patients being released to bring the current number still in hospitals down to 270.

An additional 4,360 COVID-19 tests have been administered, raising the total for the pandemic to 315,014, with 168 of the new tests positive for the virus, state officials reported. Thus far in the pandemic, 44,347 people in Connecticut have been found to be infected with the potentially deadly disease.

Gov. Ned Lamont said he’s confident the state’s cautious reopening plan, which goes into its second phase next week, is safe. But he is also worried that the massive protests that followed the police killing of George Floyd could result in a significant rise in infections.

The pressure to restart Connecticut’s economy has been growing, with nearly 20% of the workforce now unemployed. The state’s institutions of higher learning are a significant part of the economy and there is a lot of uncertainty about how the pandemic will impact student enrollment and university budgets.

Meanwhile, CSCU officials are estimating a 10% overall drop in enrollment at Connecticut’s four regional state universities as a result of the disruptions caused by the ongoing coronavirus pandemic. On-campus housing occupancy rates are projected to be at 76% of capacity for the four state universities this fall. 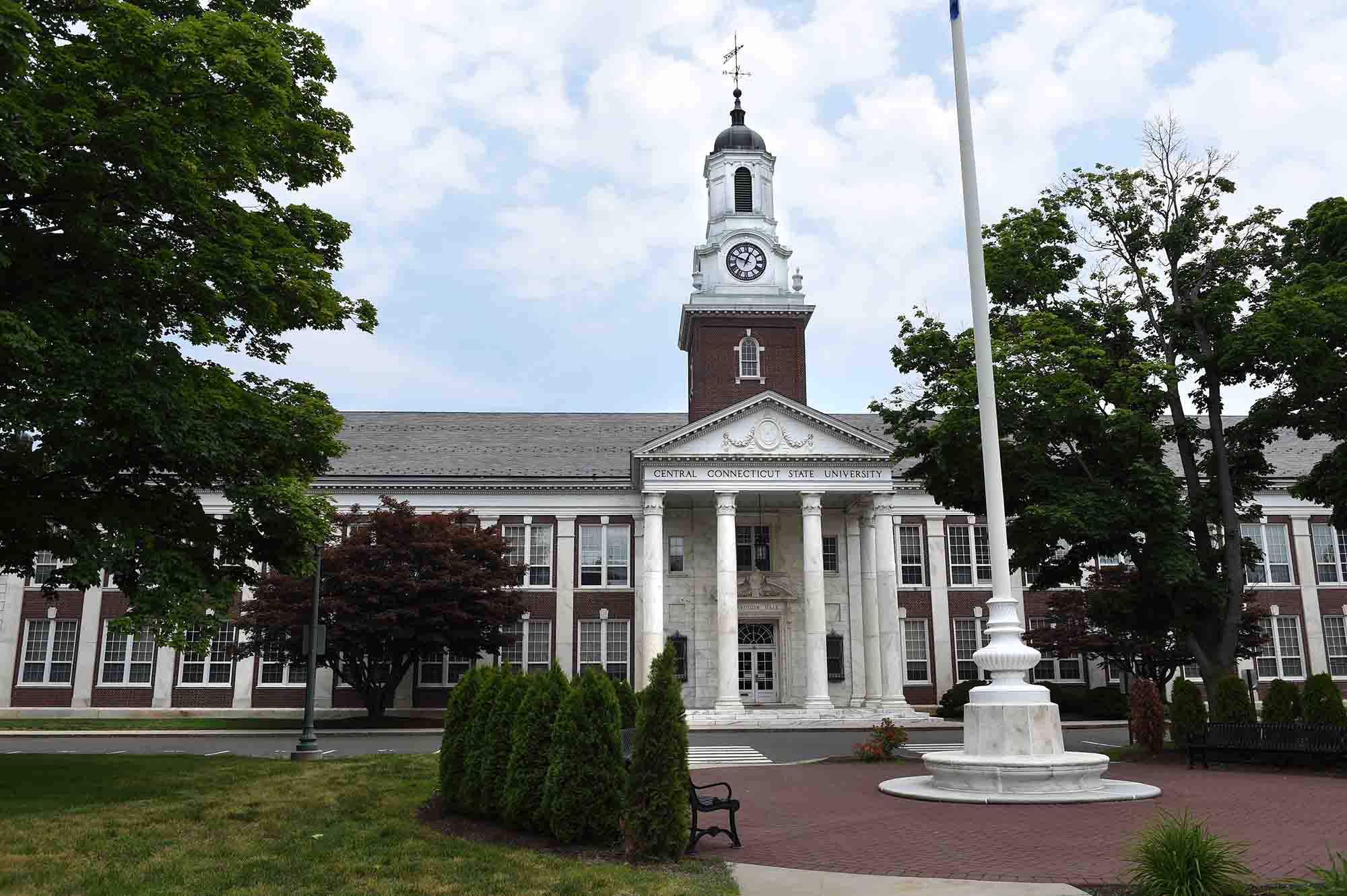 The information provided to CSCU’s Board of Regents Wednesday projects a total drop in revenue for the four schools of 5.3%, or $32 million.

“At least from an incoming freshman viewpoint, we don’t anticipate a drop in enrollment,” Enright said. He added that the publication of the message from Katsouleas with details about the upcoming semester may enable returning students to make better judgements about whether to return in August.

A survey by LendEDU, a website offering information about student college loans and financing, found that 43% of high school seniors who haven’t yet committed to any college or university are considering a gap year, 41% are considering enrolling in an online college, and 37% are weighing community college as an option.

“Successfully coming back and maintaining safety will require the cooperation and flexibility of our entire community during the ongoing COVID-19 pandemic,” Katsouleas said in his message Wednesday.

The fall reopening of UConn’s campuses will involve a host of new restrictions, safety precautions and health screenings, Katsouleas said.

Katsouleas said UConn officials are planning to “ensure that students who want an exclusively online experience can have that.”

Residents halls on the Storrs and Stamford campuses will have reduced density to hopefully cut the chances for COVID-19 infections. Current students won’t need to reapply for housing, officials said.

UConn is also preparing to have dedicated living spaces for students who may need to be isolated if that test positive for the virus.

“Health screenings and monitoring will be continuous and we will reinforce the ‘stay home when ill’ mandate for both employees and students at all times,” Katsouleas said.

During a morning press conference at Torrington Middle School, where the governor stopped to draw attention to the work of the Friendly Hands Food Bank, Lamont expressed optimism about the state’s economy.

As volunteers handed out boxes of free produce in the background, Lamont said he expects the state to rebound quickly from the recession that was declared Tuesday by the National Bureau of Economic Research.

“I think we’re going to be okay. I really do. This was a big public health related hit to our economy. It gave customers and it gave employees a real pause,” Lamont said. “I think over the course of the next few months … I think you’re going to see people going back to work.”

The governor also reiterated his objection to the decision by the state employee bargaining coalition to reject his request that workers forgo raises owed to them at the end of June. In an effort to minimize the financial losses Connecticut is facing as a result of the pandemic, Lamont recently asked state employee unions to postpone scheduled, contracted pay raises that workers are expecting by the end of the month.

But SEIU Local 1199 leaders and members criticized the suggestion and vocalized their disapproval of that idea during a press call Wednesday.

Robinson is a state developmental services worker at Southbury Training School, a residential facility for people with intellectual disabilities. He said even as the coronavirus outbreak grew, he and his colleagues continued to go into work, even at the risk of their health, and that of their families.

“I have had three family members contract the COVID-19,” Robinson said. “They survived and they overcame it, but unfortunately, three fellow coworkers contracted it and passed away.”

The state faces a projected $619.9 million deficit this fiscal year, according to the Office of Policy and Management.

During the press conference in Torrington, Lamont said the state has already given “combat pay” to front-line nurses and said there are proposals to offer this pay to other front-line workers, but stood by his original suggestion on the raises.

“I didn’t think this was the time to have a pay increase for everybody across the board, not when you see people lined up here behind me desperate for food just to make sure they can get through for another day,” Lamont said.

Local 1199 president Rob Baril said if Connecticut needs to solve its fiscal shortfalls, the government should instead look at the wealthiest in the state.

“The idea of state workers making forty, fifty or sixty-thousand-dollars a year are greedy, when we have not been willing to increase taxes on the wealthiest among us and not even ask them in the current crisis, is quite shocking,” he said.

Lamont said earlier this week he has no authority to withhold the raises without cooperation from the unions.