Black protesters recount growing up in a mostly white town 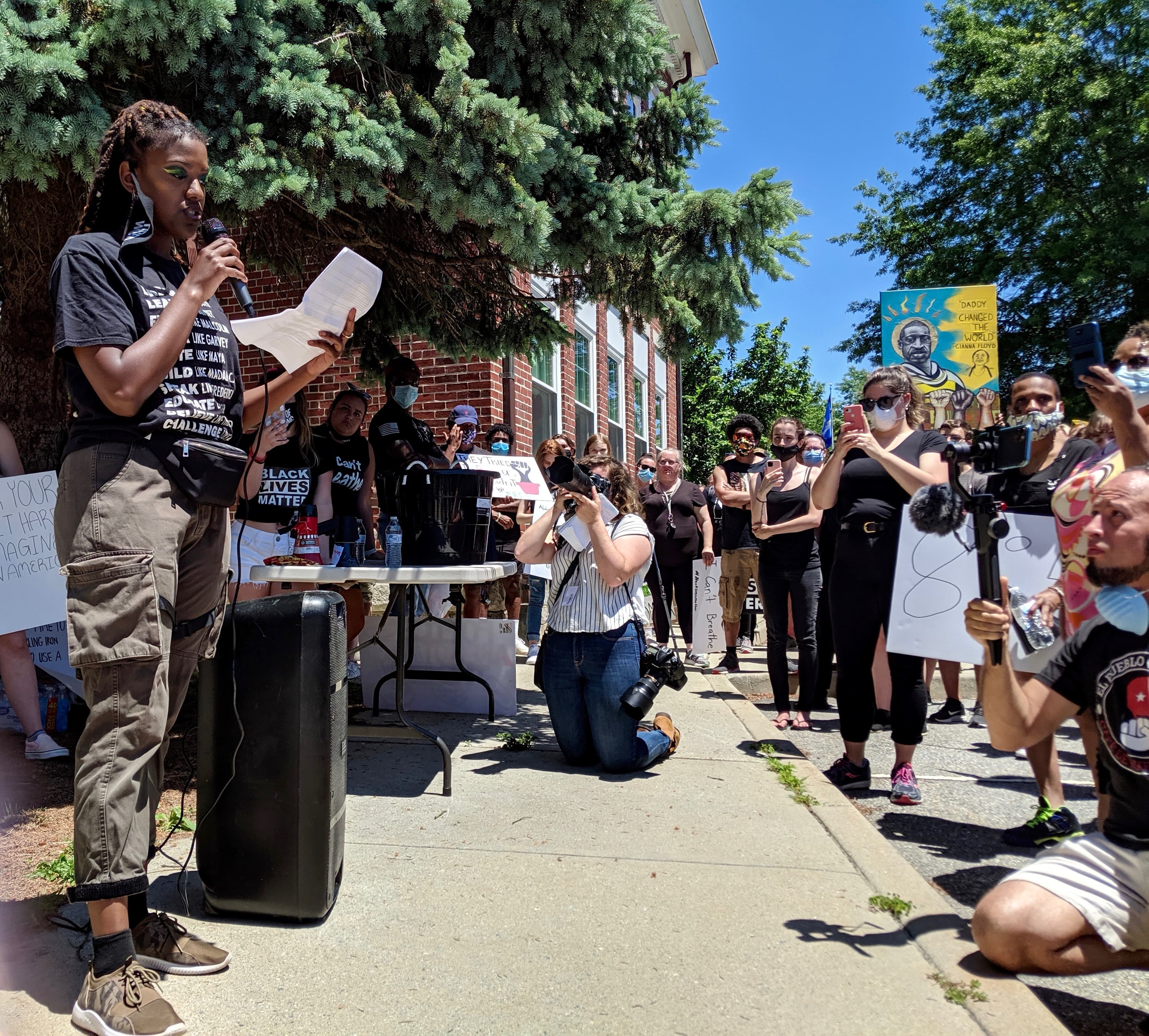 Naomi Jones speaks at a rally in Waterford Sunday.

When Naomi Jones graduated from Waterford High School three years ago, there were just three dozen black students in her school of 846 students. There was just one black teacher.

She felt isolated, she told a mostly white audience rallying outside Waterford’s town hall Sunday in support of the Black Lives Matter movement. For every one moment of joy she experienced, there were five racist comments that followed. One of her teachers told her she would never be a writer. Classmates would make fun of her hair. Others would make comments about her black skin.

“What I want is change,” she said. “Black children’s lives matter. … Check your heart. Have a conversation that makes you uncomfortable.”

Other black men and women who recently graduated high school in this primarily white shoreline town shared similar stories. Some of their mothers cried in the crowd while listening to their children recount what they went through. 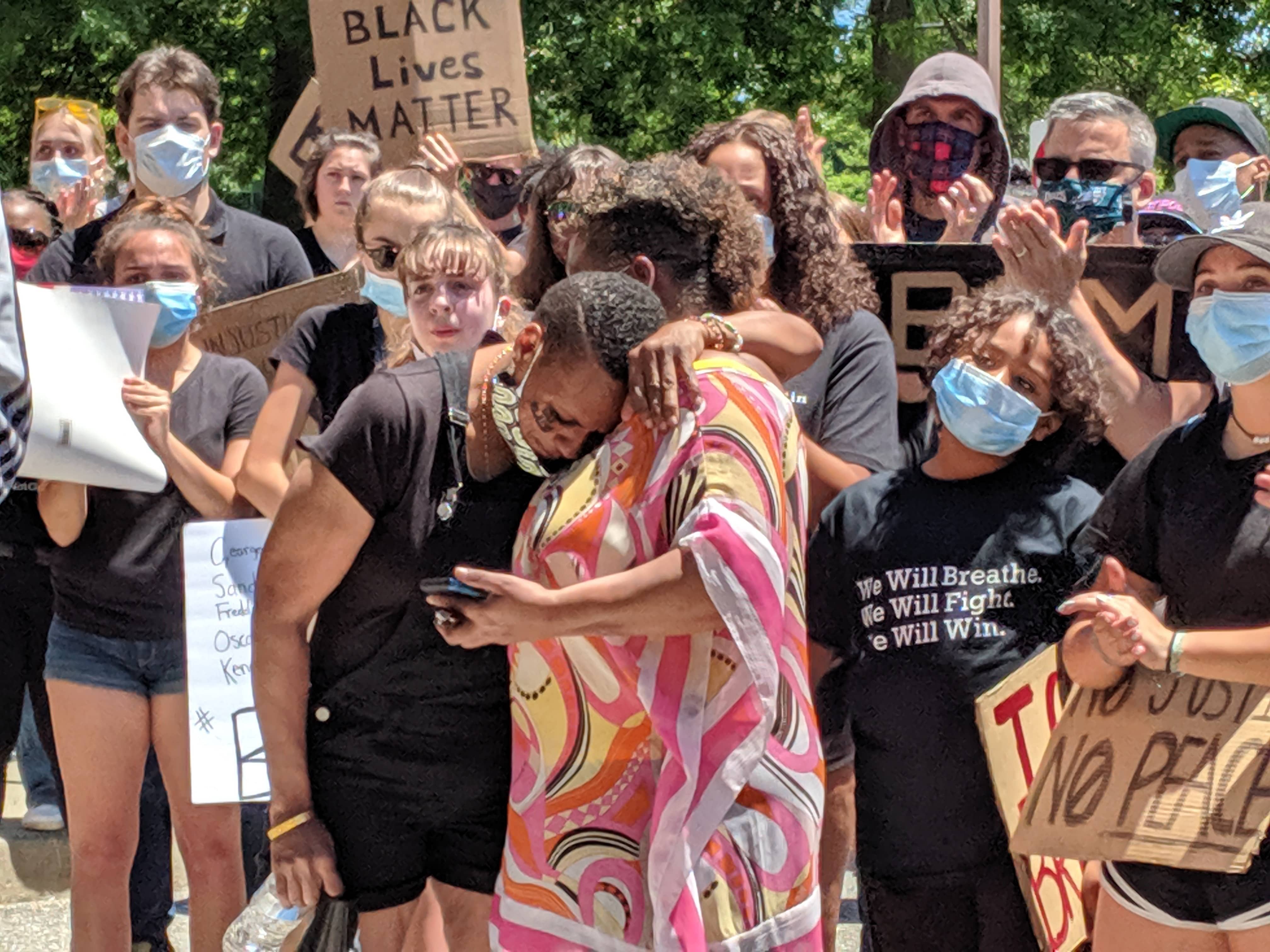 Teressa Sharma and Ladonna Wade break down in tears while Naomi Jones shares what it was like growing up in Waterford, a town where just 3% of the residents are black.

Kobe Haley remembered being questioned trying to get into the recreation center as if he didn’t deserve to enter. His white friends never faced those questions, he said.

He was also regularly followed by the police in town, he said.

“Why does being a Waterford resident mean being white?” Haley asked the crowd. “Waterford police department: You’re not Border Patrol.”

The protestors walked to the town’s police headquarters and bowed on one knee for eight minutes and 46 seconds, the amount of time a police officer kneeled on George Floyd’s neck in Minneapolis on May 25, a death that was catalyst for the current Black Lives Matter protests.

While police from other towns joined protestors during the 8:46 kneel, no uniformed police did so in Waterford on Sunday.

Meanwhile, a hearse covered with stickers of names of black people killed by police officers rested nearby. 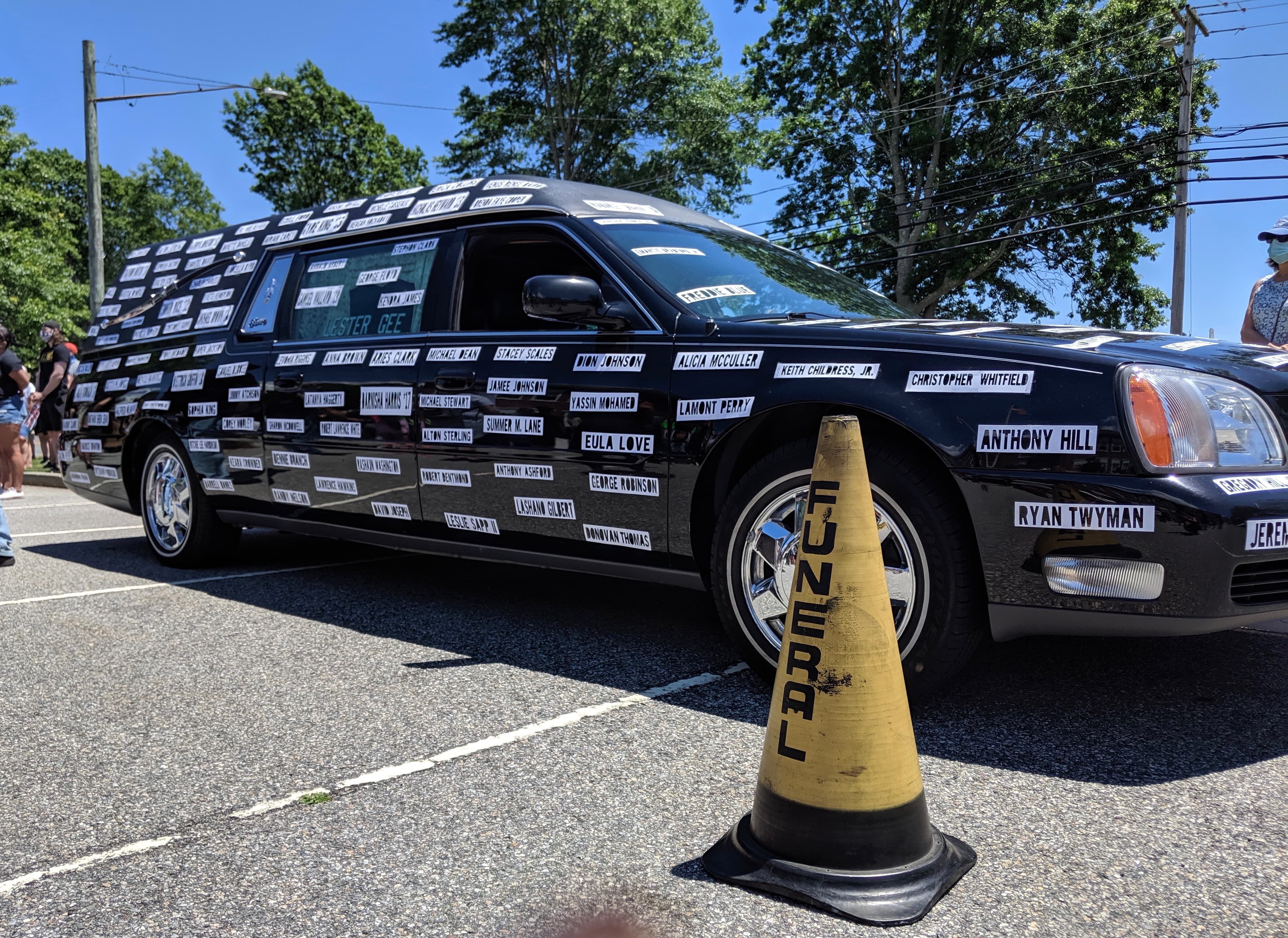 A hearse with some of the names of black men and women killed by the police.

Beyond Waterford, there were at least 10 other protests throughout the state Sunday, mostly in predominantly white towns, as the nation reacted to the death of yet another unarmed black man gunned down by police officers. Rayshard Brooks’s death in Atlanta was ruled a homicide on Sunday. There were protests in New Haven, as well as in front of the governor’s residence in Hartford and one in Gov. Ned Lamont’s hometown, Greenwich. Lamont did not attend any rallies this weekend, a spokesman said.

Back in Waterford, most of the 1,000 or so protest attendees wore face masks, a reminder of the ongoing health pandemic, which is disproportionately killing black people nationwide.

A protestor held a sign that read, “We are suffering from two pandemics: COVID-19 and racism.”

In Connecticut, black people are 2.5 times more likely to die from COVID-19 than white people. On Sunday, state officials announced 15 more people had died from the virus, two of them black residents. This brings the state’s total coronavirus death toll to 4,201. There are still 205 people hospitalized for the virus, a 28-person decrease from Saturday. Connecticut has seen 45,088 positive COVID-19 cases overall.

At the end of the protest in Waterford, Luther Wade held a megaphone and gave his mostly white audience orders.

“Vote. Hold your elected officials accountable,” he told them and then raised his voice: “No justice.”

The crowd responded, “No peace.” 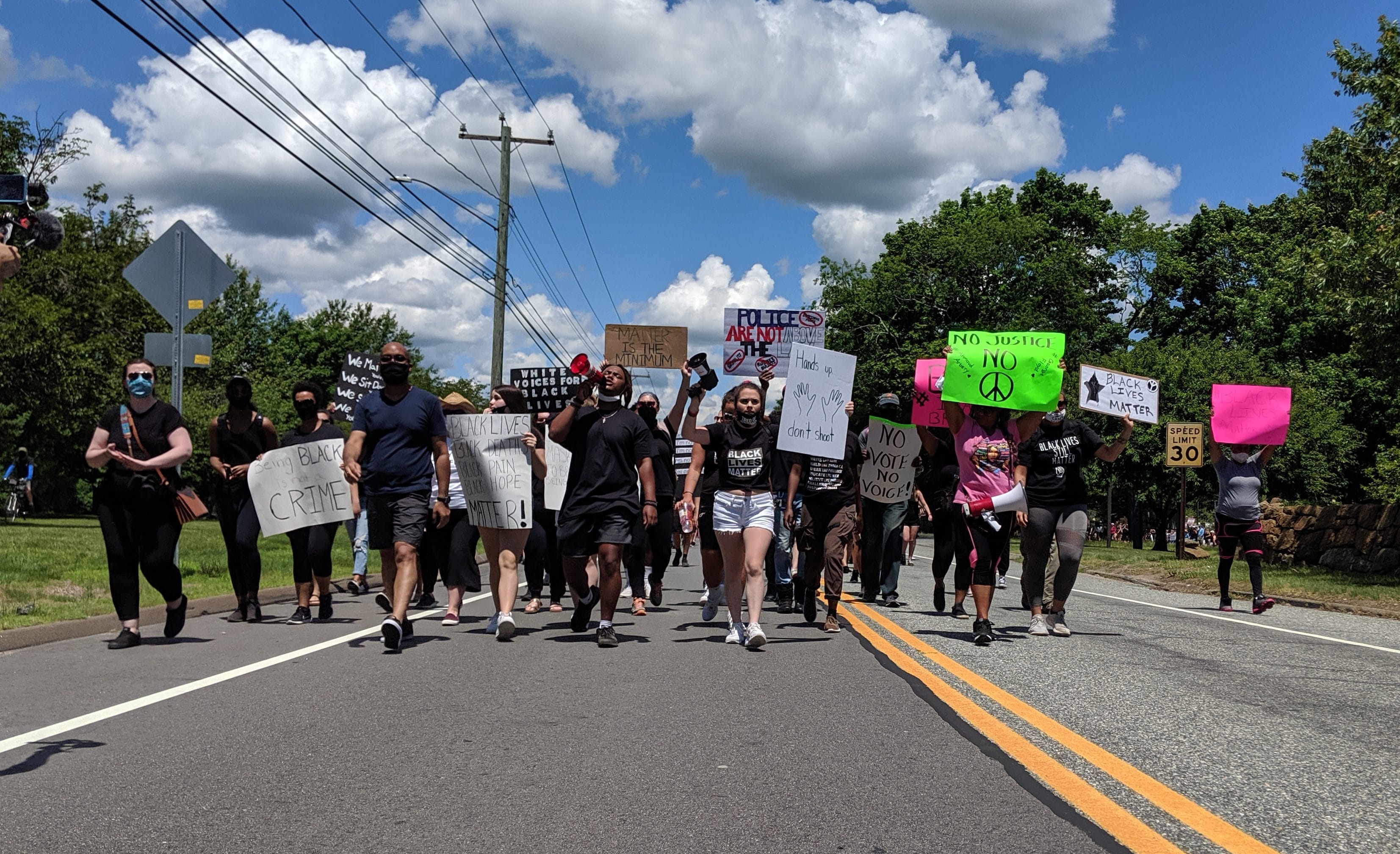 Luther Wade chants “No Justice, No Peace” into a megaphone while leading the Black Lives Matter protest in Waterford Sunday.