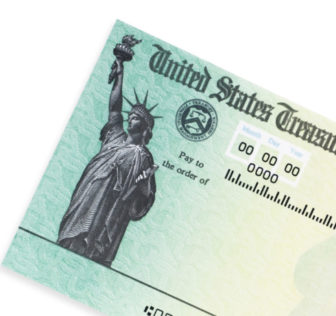 Washington – Nursing homes are improperly seizing their residents’ federal stimulus checks and lawmakers from both sides of the aisle, including Rep. John Larson, have pressed the Trump administration on the issue.

After receiving several complaints, Connecticut Attorney General William Tong is also looking into how widespread the practice is in the state.

“These payments belong to the resident, not the facility,” Tong said. “If you or a loved one are receiving care at a Connecticut facility and have not received your stimulus payment, I want to hear about it.”

Matthew Barrett, president of the Connecticut Association of Health Care Facilities, said the practice would be “so far outside the norm of well-understood and common practices of separating nursing home resident funds” that his association believes “this is not happening in Connecticut nursing homes to any significant degree, if at all.”

A massive stimulus bill called the CARES Act authorized the U.S. Treasury to distribute $1,200 economic impact payments to most Americans, even low-income elderly people who aren’t required to file federal taxes. More than 150 million payments have been disbursed.

This money cannot be counted as income for the purpose of determining eligibility or amounts of assistance from programs such as Medicare. That’s because Congress structured the payments as a tax credit, not as taxable income.

But states attorneys general, like Tong, and Democratic and Republican lawmakers say they’ve received complaints that a number of nursing homes are demanding residents on Medicaid turn over their stimulus payments.

Some nursing homes were claiming that if a resident is on Medicaid, the facility is entitled to keep the $1,200 stimulus payment.

It’s unclear how many nursing homes have tried to take the residents’ checks. Tong is urging Connecticut residents who may have had their payments wrongfully seized to file a complaint at this website or by calling (860) 808-5318.

Many nursing home residents have “representative payees,” organizations or individuals appointed by the Social Security Administration to receive benefits for a beneficiary who cannot manage or instruct someone else to manage their income. In some instances, a representative payee may be an assisted living facility, a skilled nursing facility, or a group home where the beneficiary lives.

Under pressure from lawmakers, the Internal Revenue Service this week told nursing homes and other care facilities that they shouldn’t be seizing their residents’ stimulus payments.

House Ways and Means Committee Chairman Richard Neal, D-Mass., and House Energy and Commerce Committee Chairman Frank Pallone, D-N.J., urged the  Centers for Medicare and Medicaid Services to “issue guidance to nursing homes and residents on the status of these checks and their independence from residents’ Medicaid status.”

Low-income Medicaid recipients must not be “coerced into wrongly handing over their checks for fear of being kicked out of their homes,” wrote Neal and Pallone. 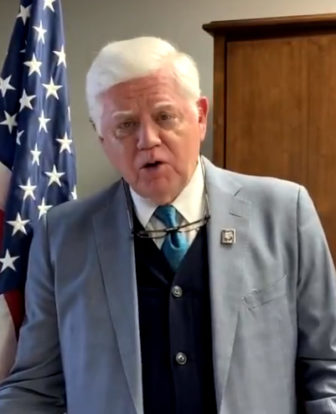 Rep. John Larson is asking the Social Security Administration to send letters to recipients warning them against attempts by nursing homes to take their stimulus payments.

“Nursing homes engaging in this behavior will be subject to enforcement action,” she said.

A trade association for non-profit and for-profit nursing homes said that if there is a problem, it’s not that common.

“We are not aware of widespread issues with resident stimulus funds,” the American Health Care Association said in a statement.

The AHCA also said “stimulus checks are handled in the same manner as other resident benefit payments.”

“Any stimulus payments to long term care residents will be managed in the same way their current benefit funds are deposited and managed. That will vary from person to person based on their individual preferences and circumstances,” the AHCA said.

CMS and the Social Security Administration issued guidance on their web sites about the economic impact payments.

He wants the Social Security Administration to mail letters to recipients advising them of their rights to retain their stimulus checks.

A letter to the Social Security Administration sent by Larson and fellow Ways and Means Committee Democrat Rep. Danny Davis, D-Ill., said about 4 million adult Social Security and Supplemental Security Income beneficiaries have a representative payee who has been appointed to assist them in managing their benefits.

“Many of these beneficiaries also receive Medicaid and live in nursing homes or other Medicaid-funded residences,” the lawmakers wrote. “It is vital that these individuals and their payees know about beneficiaries’ right to retain their (stimulus checks.)”

Larson said many recipients don’t have access to computers or know how to call up the Social Security Administration’s web site to become informed of their rights.

“How many seniors have access to the internet?” Larson asked. “We want to make sure Social Security beneficiaries are aware” of their rights.