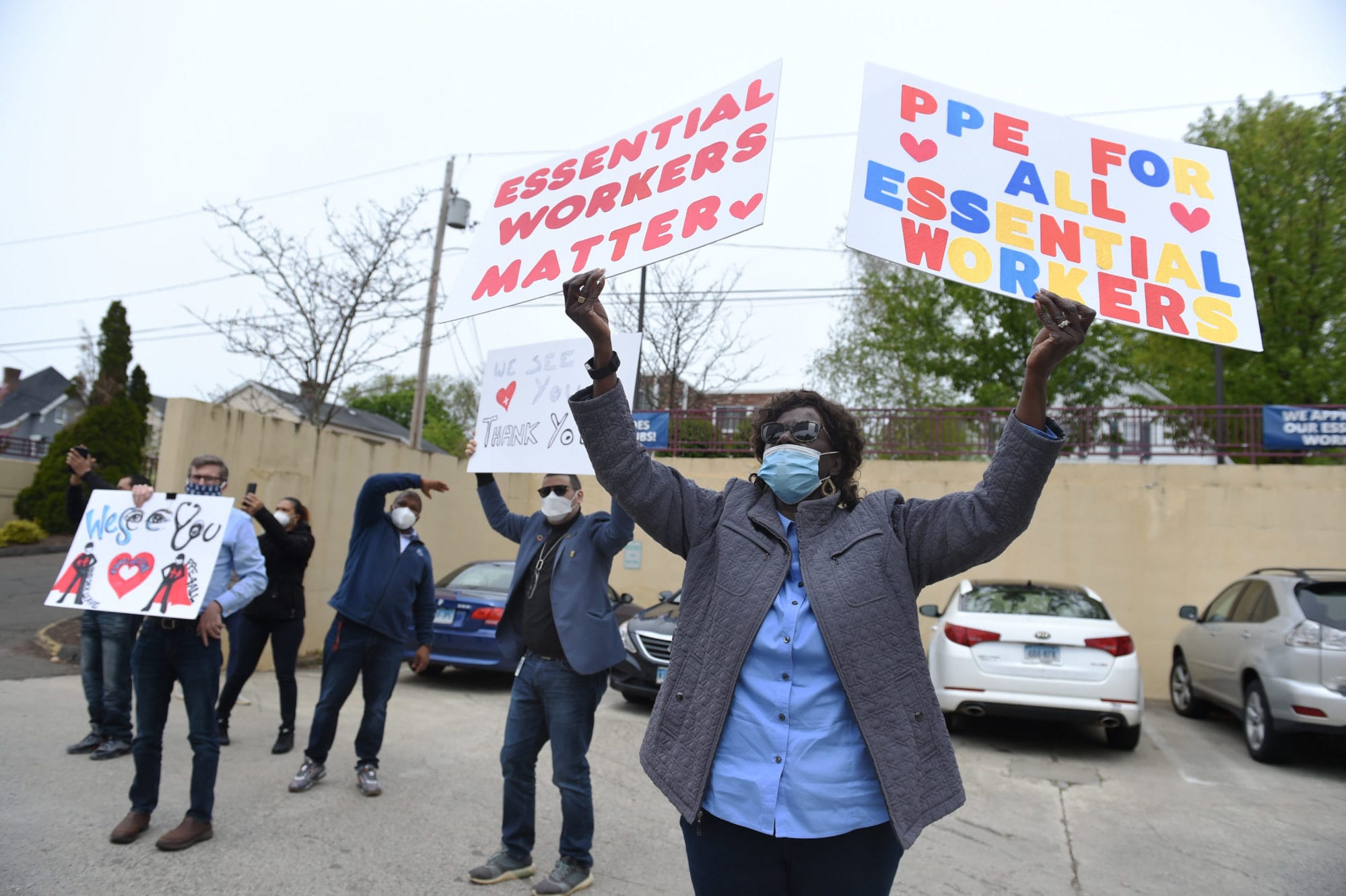 And while some federal lawmakers are pushing for these essential workers to be acknowledged with hazard pay, advocates say more needs to be done.

Yanil Terón, executive director of the Hartford-based Center for Latino Progress, says the congressional effort to provide hazard pay for essential workers, so far, is “not good enough.”

She is concerned about the long-lasting  effects of COVID-19 and the disproportionate impact the disease’s legacy will have on Black and Latino workers. “Like the first responders in 9-11, their health will be impacted for a long, long time.”

“These individuals will be significantly impaired,” he said. The full long-term impact of COVID-19 is not yet known and a one-time benefit would fall short of the help essential workers who’ve become ill will need over time, he said.

Like Terón, Rawlings would like some long-term funding for workers who provided a wide variety of essential services during the pandemic — often without enough personal protective equipment or safety protocols in place.

But Congress is expected to provide much more modest help, if any help at all.

Senate Minority Leader Charles Schumer, D-N.Y., is leading Senate Democrats in pressing for approval of a proposal which would provide a bonus of up to $25,000 for essential workers. 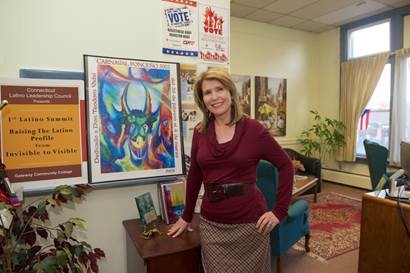 And Sen. Mitt Romney, R-Utah, has introduced a bill that would provide these workers with up to $1,920 a month in additional pay, maxing out at $5,760 after three months.

Under Romney’s bill, Congress and the Department of Labor would decide which workers and industries are deemed “essential” for eligibility purposes. Right now, Romney’s proposal indicates workers in hospitals, grocery stores and food processing plants, health manufacturing companies and others would be eligible

It’s still unclear if a hazard pay proposal will be included in Congress’s next stimulus package, which lawmakers are expected to negotiate after their July 4 break. But high death and infection rates among the nation’s minorities, which are still on the rise, are placing a lot of pressure on lawmakers.

At a recent visit to Connecticut Valley Hospital in Middletown to thank the workers there, Sen. Richard Blumenthal, D-Conn., said “we owe you more than words. We owe you rewards and recognition.”

“We should reward you… for the sacrifices you are making,” Blumenthal said. “You risk your own lives for others.”

He and fellow Democratic Sen. Chris Murphy support Schumer’s idea for a “Heroes Fund” that would provide a bonus to front-line workers. It is an element of  the massive stimulus bill called the HEROES Act approved in the Democratic U.S. House.

But the GOP-led Senate has ignored the House-approved HEROES Act and if a new, bipartisan stimulus bill can be crafted, it’s likely to contain a much less generous hazard pay fund.

But Blacks — and even more so Latinos — are underrepresented in the state’s nursing homes and assisted living facilities, where many infections and death occurred, so the state made an adjustment for that.

When the adjustment was made, the state’s Latino’s were found to have the highest COVID-19 infection rate and the Black rate rose as well. 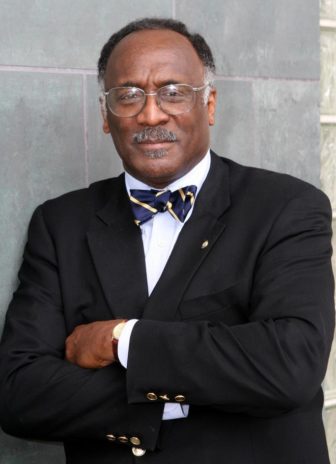 The disparity is evident across the nation and is expected to continue.

There are several reasons why the nation’s minorities are so vulnerable.

“Long-standing systemic health and social inequities have put some members of racial and ethnic minority groups at increased risk of getting COVID-19 or experiencing severe illness, regardless of age,” the Centers for Disease Control and Prevention determined, based on nationwide data of hospitalizations and coronavirus-linked deaths.

Latinos also are more likely to live in crowded, multi-generational homes, making it easier for a sick worker to infect other family members.

Terón said the hazard pay measures considered by Congress “are nice, but not a long-term solution” to the health problems these workers may face, many of whom were uninsured or underinsured.

Latinos and African Americans are also prone to a number of underlying health conditions that increase their chances of developing severe COVID-19 cases requiring hospitalization.

The National Institutes of Health has determined that, compared with non-Hispanic whites, Latinos have higher rates of Type 2 diabetes and obesity. And the CDC says younger African Americans are living with or dying of many conditions typically found in white Americans at older ages, including heart disease, stroke, and other cardiovascular diseases.

Terón said she would like all COVID-19 infections that can be traced to a workplace to be covered under an employer’s workers compensation coverage. She would also like the federal government to establish a multi-billion dollar fund, like the one Congress established for the 9-11 first responders, to pay for the long-term costs of COVID-19, including care for  health problems essential workers may develop in later years.

More than 70,000 first responders who worked at ground zero enrolled in the World Trade Center Health Program. About 32,000 of them developed diseases of the respiratory tract and nearly 9,000 have developed cancer.

Rawlings said essential workers were treated as if they were “expendable.”