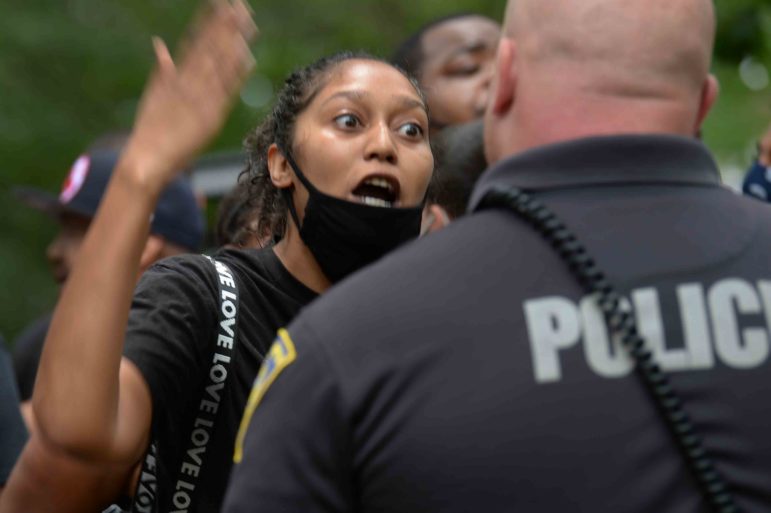 A protester argues with a New Haven police officer as a statue of Christopher Columbus is removed in Wooster Square Park in New Haven last month.

Washington – The nation’s top business leaders, including several representing some of Connecticut’s biggest companies, has done what Congress could not because of partisan differences. They have drafted a compromise policing reform plan they want lawmakers to act on this month.

A proposal released Wednesday by Business Roundtable, which represents the chief executives of 193 large companies, has tried to find common ground, endorsing a ban on choke holds except when deadly force is authorized, a national police misconduct registry and “raising the standard” for “no-knock” warrants police use in drug cases.

A Democratic bill approved in the House would ban these warrants, a Republican bill blocked by Senate Democrats would mandate that state and localities report data to the attorney general on their use. So the CEO’s tried to craft a compromise. 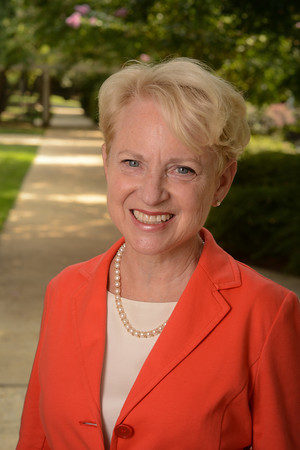 After the death of George Floyd in police custody, which unleashed waves of nationwide protests and demands for policing reforms,  business leaders were pressured by employees, customers and perhaps even board members to take action to combat racism, said  Laurie Robinson, a professor of criminology at George Mason University.

“We intend to listen, understand and take action to do better for the African-American community within Stanley Black & Decker and at large,” Loree said.

But with their policing reform plan, corporate America has gone beyond showing its support for an end to racial injustice and has gone in “an unexpected direction,” Robinson said.

“This is obviously outside their normal area of focus,” she said. “Yet they want to be in a a leadership position.”

The corporate world does have experience in one area – training employees – and it offered up that expertise.

“Corporate America cannot sit this one out. CEOs are leaning forward and saying ‘we have a problem.’ You cannot watch the George Floyd video and say ‘we don’t have a problem’,” said Randall Stephenson, Executive Chairman of AT&T who leads the Roundtable’s Racial Equity and Justice Subcommittee on Equitable Justice.

Business Roundtable said it will lobby members of Congress and engage with civil rights and law enforcement leaders during Congress’s July Fourth recess. The organization also plans to run radio and digital ads calling for swift action on policing reforms.