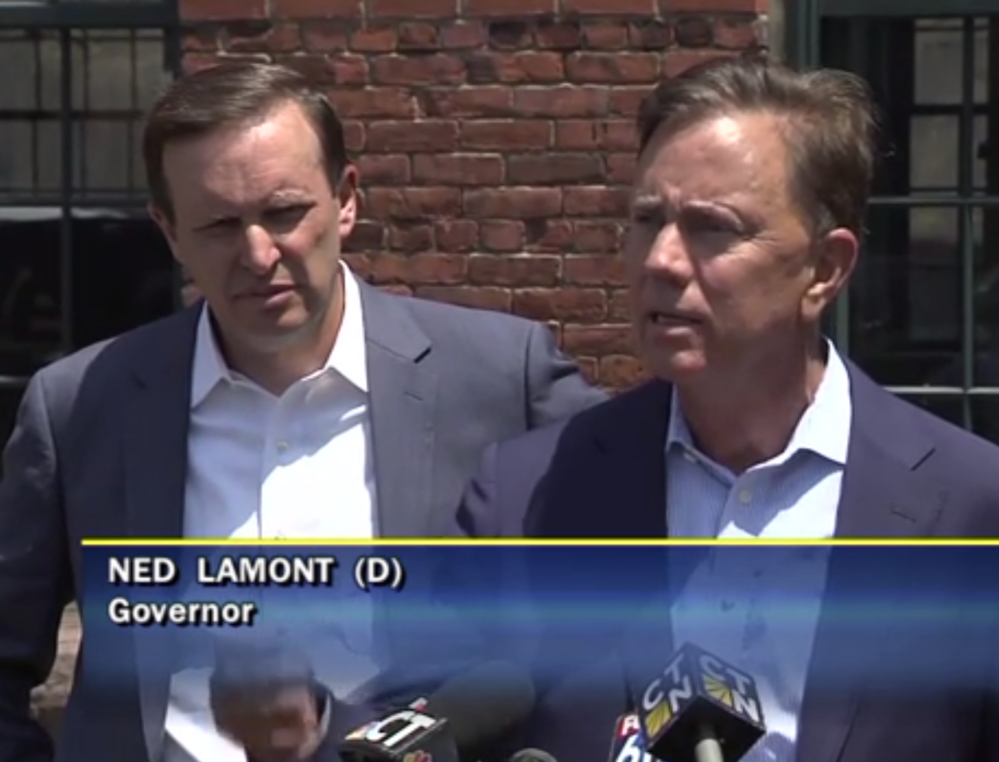 Gov. Ned Lamont on Thursday softened his opposition to continuing federal unemployment benefits, set to expire next week, that have boosted state benefits by $600 a week.

At a press conference in Hartford with Sens. Richard Blumenthal and Chris Murphy, Lamont said he would back a continuation of federal unemployment benefits if they are smaller than what has been provided in the CARES Act, a massive stimulus bill aimed to address the economic pain of the coronavirus pandemic.

“I think [benefits] have to go beyond this current time and I think [Congress] will negotiate exactly how much that is,” Lamont said.

Extending federal unemployment benefits is among the top issues under debate as Congress tries to craft a new stimulus bill that can win approval both in the Democratic-led U.S. House and the Republican-controlled Senate.

Last month, Lamont echoed many congressional Republicans in saying the current  $600-a-week unemployment benefit, a program that has helped keep hundreds of thousands of Connecticut’s jobless afloat during the pandemic, sometimes “discourages work.”

“I would put off this extra $600 true-up they’re talking about,” Lamont said back then. “I don’t think we need that.”

Lamont on Thursday said his opposition was “specific to that amount of money” and that he would back a smaller federal benefit, without saying what that amount would be.

The governor also said he continues to support a GOP alternative to extending federal unemployment benefits by giving unemployed people who return to the job market a bonus of $450 a week. The proposal is considered unworkable by some lawmakers who question how the bonuses could be implemented.

As far as extending federal unemployment benefits, even Democrats who prefer a continuation of the $600-a-week payments say a compromise may be needed. Blumenthal said “there’s room there” for negotiations.

Meanwhile, Republicans have signaled they might back a benefit of $200 or less a week. The White House is also considering reducing federal unemployment payments to $250 or $300 a week during the second half of the year.

Congressional Democrats and some economists warn of a “fiscal cliff” once the federal help for the unemployed ends next week and the unemployed have less money to spend in the local economy and meet key expenses like housing and food.