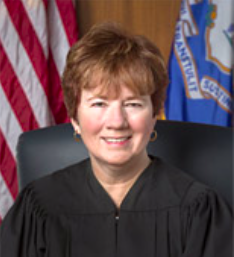 Gov. Ned Lamont on Monday nominated Christine E. Keller, one of the state’s longest-serving judges and the mother of a top Democratic legislative leader, to the Supreme Court and three trial judges to the Appellate Court.

Keller, 67, of Hartford would succeed Justice Richard N. Palmer, who reached the mandatory retirement age of 70 in May. Both were appointed to the bench in 1993 by Gov. Lowell P. Weicker Jr., — Palmer to the Supreme Court and Keller to Superior Court.

She was well-regarded in her 20 years as a trial judge on the Superior Court, noted for her work in child protection and juvenile justice and recognized for excellence by the Connecticut Bar Association in 2008. Gov. Dannel P. Malloy appointed her to the Appellate Court seven years ago.

Keller is married to Thomas D. Ritter, who was the state House speaker from 1993 to 1999 and is a lobbyist and UConn trustee. Their son is House Majority Leader Matt Ritter, D-Hartford, who is expected to become the next speaker in January, assuming Democrats retain their majority.

The nominees to the Appellate Court are Judges Joan K. Alexander, José A. Suarez and Melanie L. Cradle of the Superior Court. They would fill vacancies opened by the elevation of Keller and two retirements: Judge Robert Devlin turned 70 in April, and Chief Appellate Judge Alexandra DiPentima is taking senior status on July 31.

The selections of three women and one Latino come in the wake of the police killing of George Floyd, which has provoked not only a move for greater police accountability, but a broader debate about social justice and equal opportunity.

Lamont’s initial response to the Floyd protests was a promise to redouble the efforts initiated by his immediate predecessor, Malloy, to make a state judiciary that is currently 76% white and 58% male look more like Connecticut. The system now has 118 judges who identify as white, 24 as Black, 5 as Hispanic, 7 as Asian and two as multi-racial. There are 90 men and 66 women.

Women have outnumbered men in law schools since 2016, and they have had close to parity in entering the profession for nearly two decades. But there were twice as many men on the bench in Connecticut when Malloy took office in 2011, a gap he slowly narrowed.

Lamont’s nominations will bring diversity to an Appellate Court where women are the majority,  but there are no Black or Hispanic judges. Cradle is biracial, the daughter of an African-American father and German mother, and would be the first woman of African-American descent to sit on the court. Suarez was born in Puerto Rico and migrated to Connecticut at age 11.

“Nominating people to serve on our courts is one of the most important responsibilities of a governor. These jurists have an enormous impact on our communities, and the individuals who serve in these roles must display a strong commitment to fairness and justice,” Lamont said in a statement. “These nominations represent some of the best and brightest legal minds in Connecticut. I am confident that each of them will serve with the same integrity and competence they already have demonstrated throughout their distinguished judicial careers.”

Keller’s confirmation would complete the turnover of all seven full-time seats on the state’s highest court in just seven years. With her arrival, the court would be composed of five men and two women.

Suarez, 54, of Chester is a former assistant attorney general who handled complex environmental litigation for the AG’s office and has presided over family court as a judge. He currently is the administrative judge for the Middlesex Judicial District. He is a graduate of the University of Dayton and the UConn School of Law. 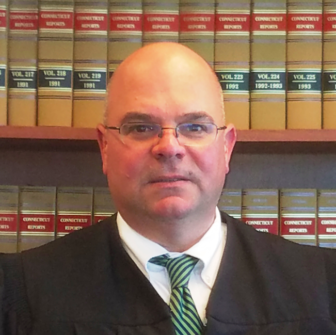 At her original confirmation hearing, Cradle noted that her parents married in 1967, the year when the U.S. Supreme Court struck down laws prohibiting interracial marriage in Loving v. Virginia, the state where her father lived before entering the U.S. Army. Her parents met while her father was a serviceman overseas.

In his 18 months in office, Lamont has nominated no judges to the Superior Court, where 43 of the 185 authorized positions are vacant, giving the governor an opportunity to change the makeup of the courts. With court operations severely curtailed during the COVID-19 pandemic and most judges sidelined, there has been little pressure on Lamont to fill the vacancies.

His only previous judicial nomination was Devlin to the Appellate Court last year.

The governor is limited to choosing from pools of candidates cleared by the Judicial Selection Commission, a 12-member panel appointed by the governor and legislative leaders to screen candidates for intellect, experience and judicial temperament. There are separate pools for Superior, Appellate and Supreme court candidates.

With the legislature not in regular session, the Judiciary Committee has 45 days to review the nominations announced Monday. If there is no action for 15 days after that period, the nominations are deemed confirmed.

Three of the four nominees have gone through the nomination process at least twice. Judges are appointed to eight-year terms, and every judge faces another confirmation hearing for subsequent terms.

While Keller is a member of a prominent Democratic political family, her nomination to the Appellate Court was effusively praised by Republicans in 2013, particularly for her roles in improving the judiciary’s responsiveness to child protection cases.

“Your reputation amongst the bar is second to none,” said Rep. Christie Carpino, R-Cromwell. “You are known not only among your peers, but among many folks that you don’t even know, know your name as being one of the strongest advocates for our children here in this state.”

Keller has presided over juvenile courts and a regional child protection center, essentially a special court to ensure rapid action on protection cases. She also served on task forces and committees on juvenile issues.

“Your resume is — I can honestly say, one of the most impressive ones I’ve seen,” Rep. Rosa Rebimbas of Naugatuck, the ranking House Republican on the Judiciary Committee, told Keller at her confirmation hearing in 2013.

Keller was challenged briefly at that hearing by Rep. Al Adinolfi, R-Cheshire, about one of her questionnaire answers on interpreting the Constitution.

“Well, I think I was a little inartful in the way I drafted that,” Keller replied. “What I meant to say because the question actually is the original intent of the drafters, and there are strict constructionist theories that you should interpret the Constitution not only with respect to the intent of the language as it was drafted, but also in the historical context when it was drafted back in the late 1700’s.

“And, what I meant to say is that it has to evolve as history evolved and the brilliance of the drafters of the Constitution was that they drafted a broad and very general set of rights and protections that still stand today. But, at times I think, even the historical context in which they passed it has relevance, and that’s what I meant to say.”

Keller is a graduate of Smith and the UConn School of Law, the alma mater of three of the four nominees announced Monday.