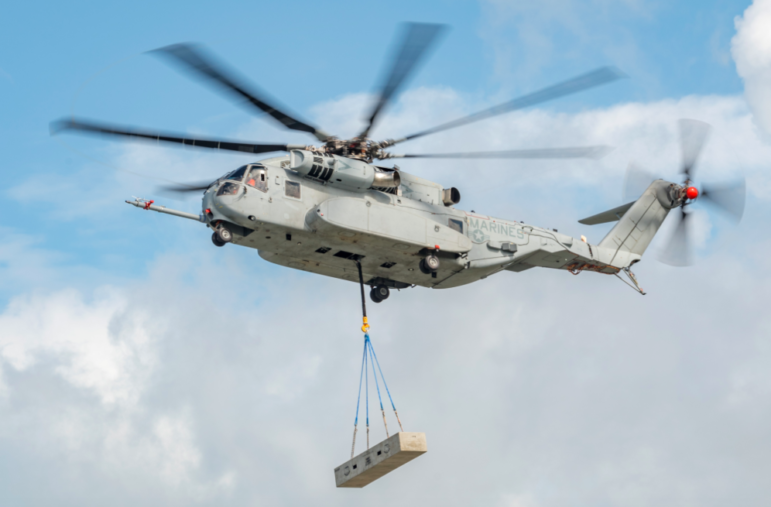 Washington – The Senate Republican stimulus plan, called the HEALS Act, would provide billions of dollars to defense contractors operating in Connecticut, including General Dynamics, Lockheed Martin and Raytheon Technologies — companies who have said they would lay off workers if they did not get the money.

The proposed $1 trillion HEALS Act would provide $29.4 billion in defense-related aid, which Democratic leaders in Congress on Tuesday called a “slush fund,” for defense contractors.

Some of that money would go to provide soldiers, sailors and airmen with personal protective equipment and pay for teleworking, distance learning, training and equipment.

But more than $10.8 billion would go to the Pentagon so it could reimburse defense contractors for the costs of providing paid leave to employees who can’t work at a government-approved site or conduct their work remotely because of the pandemic.

Another $8 billion would be available for “procurement and acquisition efforts to support the defense industrial base.” And the bill contains nearly $1.8 billion to cover the cost of slowdowns in production caused by the pandemic.

On July 7, the CEOs of the nation’s major defense companies, including Lockheed Martin, General Dynamics, Boeing and Raytheon Technologies, urged the Pentagon’s acquisitions chief and the White House’s acting budget director to press for stimulus money. Lockheed Martin is the parent company of Sikorsky; General Dynamics is Electric Boat’s parent; and Pratt & Whitney is a subsidiary of Raytheon Technologies.

The lack of financial help would lead to “significant job losses in pivotal states just as we are trying to recover from the pandemic,” the CEOs wrote to acting Office of Management and Budget director Russell Vought.

The CEOs also said the absence of federal help would “lead to less investment in new technologies.”

“This issue is of the highest urgency,” they wrote.

Separately, Pentagon acquisitions chief Ellen Lord said the Defense Department doesn’t have the money to reimburse contractors for keeping their workforce and that pandemic disruptions could result in claims of more than $10 billion to the defense industry.

Lockheed Martin and General Dynamics had no immediate response to questions about the money for defense contractors in the HEALS Act. Chris Johnson, spokesman for Raytheon Technologies, said “we don’t have any comment on this since the legislation is still pending in Congress.”

Schumer and Pelosi: ‘A slush fund’

Another element of the Senate GOP bill would replace $600-a-week unemployment assistance that expired last week with a new program that required states to calculate new weekly state and federal benefits that provided the unemployed with no more than 70 % of their former pay. While states were setting up the new plan, they would be able to give $200 a week in federal benefits to the unemployed.

Sen. Richard Blumenthal, D-Conn., said Trump administration officials initially established the flat $600-a-week benefit because calibrating benefits to a percentage of former wages would cost more money than it would save. He called the GOP plan a “hair-brained solution.”

Democrats must reach a compromise with Republican leaders on the next stimulus bill, and say the amount offered in unemployment benefits is unacceptable. Democrats also reject liability protections for businesses and schools the GOP has included in its pandemic legislation.

The HEALS Act would provide $70 billion to K-12 schools, with half that money going to  schools that fully reopened, and give most Americans another round of $1,200 stimulus checks.

Schumer and Pelosi also criticized the bill’s lack of new money for food stamps, its failure to extend an eviction moratorium that expired last week, and its failure to provide state and local governments with additional pandemic relief funds.

House Republican Leader Steve Scalise, R-La., said there is no need for more pandemic help for state and local governments because they still have funds allotted them from the previous stimulus bill.

“If you go back to the CARES Act, we put $150 billion in place for states and there’s not a single state that spent all of that money,” Scalise said.