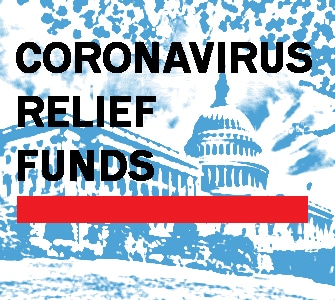 Washington – The new Republican Senate stimulus bill would relax rules on how Connecticut could spend its federal pandemic funds, but not enough to make much of a difference.

The new rules would allow state and local governments to use their share of the $150 billion in Coronavirus Relief Funds to cover revenue shortfalls in their budgets — something the nation’s governors, including Gov. Ned Lamont, have  long been seeking.  As of now, the use of the funds by state governments is tightly restricted to expenses that can be directly tied to the coronavirus pandemic, such as testing, personal protective equipment and COVID-19-related health expenses as well as expenses incurred because government employees were required to work at home.

But the new GOP stimulus bill, called the HEALS Act, would only allow state governments to use Coronravirus Relief Funds to cover revenue shortfalls if they have spent at least 25% of their allotment on expenses incurred by “downstream governments,” in this case Connecticut’s 169 municipalities.

According to the National Governor’s Association, Connecticut has so far allocated $75 million, or about 5.45%, of its Coronavirus Relief Funds to the state’s cities and towns. It is an amount the Connecticut Conference of Municipalities says is not nearly enough.

“While CCM is appreciative of Governor Lamont’s long-awaited announcement that towns and cities will receive upwards to $75 million in federal Coronavirus Relief Funds, it should be noted that it is far less than the amount recommended by the Federal Government for Connecticut municipalities –45 percent or $630 million of the $1.4 billion received by Connecticut,” the CCM said in a statement.

The HEALS Act also restricts — to 25% of an allotment – how much relief money a state or local government can use to plug holes in its budget. And it would bar states from using the pandemic money to replenish a rainy day fund or cover pension costs.

According to an NGA analysis, Connecticut has already committed approximately $880 million of its CRF allocation of about $1.4 billion.

That leaves about $502 million in “pending commitments” unspent.

Chris McClure, spokesman for Connecticut’s Office of Policy and Management, said there has been broad interest in the pandemic funds. He also said the state has a plan — which has not yet been disclosed —  to spend the remainder of the funds before a federal deadline of Dec. 31.

When the U.S. Treasury Department approved Connecticut’s funding in April, “we were told that it had to last until December,” McClure said. “Our plan exhausts the full amount, but isn’t fully implemented yet.”

He said if the GOP proposal is in a final stimulus bill that is approved by Congress, the Lamont administration “would need to reprioritize our CRF-related expenses and substantially alter our plan to ensure we make it through the pandemic.”

“The flexibility and the use of the funds for municipal revenue loss realistically should come with additional federal resources,” he said. “Otherwise, any reprioritized plan would sacrifice other identified needs that are at the directive of the federal government.”

While the HEALS Act would loosen regulations on how a state could use its pandemic money, it would not provide any new Coronavirus Relief Fund dollars.

That’s one of the biggest objections to the GOP plan by congressional Democrats. They had included nearly $1 trillion in aid for state and local governments in a House bill called the HEROES Act that the GOP Senate has ignored.

On Wednesday, the NGA made another pitch for Congress to include more state stabilization money. In a statement,  NGA Chairman Gov. Larry Hogan of Maryland and NGA Vice Chairman, Gov. Andrew Cuomo of New York, called the HEALS Act, “disappointing” and asked Congress to approve an additional $500 billion.

“We stand firm in our request for federal aid in the amount of $500 billion over the next three years. This will ensure a strong recovery for our nation. It is time for Congress to come together to help restore our nation’s health and economy,” the governors said.

They also said Goldman Sachs analysts say the money provided in the previous four stimulus bills Congress has approved will cover less than half the expected state shortfalls, even when combined with state rainy day funds.

“Moody’s Analytics has noted that without federal revenue replacement, state and local governments would need to cut more than $500 billion — shaving two full percentage points off the GDP and eliminating more than 3 million jobs,” the governors said.

Meanwhile, congressional Republicans argue that states have not spent all of their allotment of Coronavirus Relief Fund money, so there’s no need to replenish the fund.

“If you go back to the CARES Act, we put $150 billion in place for states and there’s not a single state that spent all of that money,” said House Majority Leader Steve Scalise, R-La.

Besides insisting on more state and local funding in any compromise with the GOP, Democrats are likely to insist on additional relaxations on restrictions on they way the money can be spent by the nation’s governors.

But they are also facing opposition from President Donald Trump, who is strongly opposed to additional state aid. Trump is also dismissive of the HEALS Act because it does not contain some of the provisions he’s been pushing for, including a payroll tax cut and an extension of a federal eviction moratorium.

“We ought to work on the evictions so that people don’t get evicted, to work on the payments to the people and the rest of it,” Trump said Wednesday. “We’re so far apart we don’t care.”

Earlier in the day Treasury Secretary Steven Mnuchin told reporters the two sides are “very far apart” and that lawmakers should agree on a short-term extension of the unemployment benefits and eviction protections.

Democrats have rejected a GOP proposal that would dramatically reduce $600-a-week federal unemployment benefits and have repeatedly rejected the idea of a piecemeal approach.