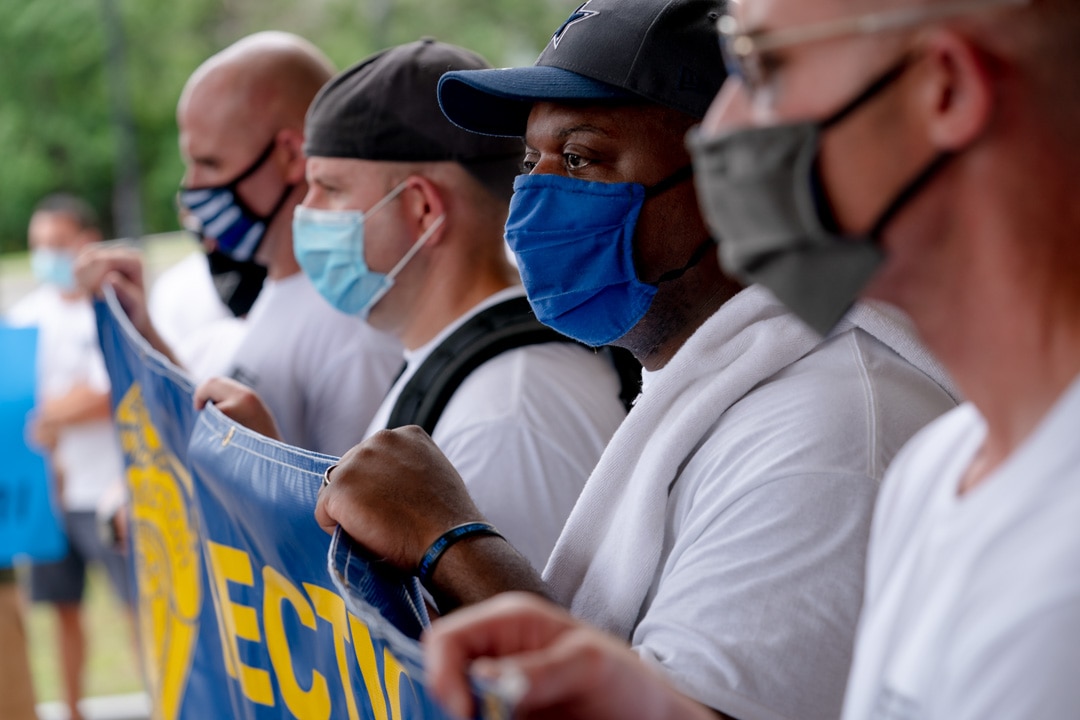 Gov. Ned Lamont intends to sign a police accountability bill into law Friday, but the campaign to change police training and culture in Connecticut ultimately may turn on what comes next: How to implement, and possibly refine, a measure so bitterly fought by cops.

The governor’s chief of staff, general counsel and policy director met with four police unions Thursday to simultaneously underscore Lamont’s support for reforms and his willingness to entertain changes before the sweeping legislation takes effect next year.

“I emphasized the fact the governor is going to sign the bill,” said Paul Mounds, the chief of staff. “But he has dialogued with all parties that are affected by the bill, and he looks forward to keeping the conversation going.”

Andrew Matthews, the retired state trooper who is executive director of the Connecticut State Police Union, called the meeting a “productive” first step, while noting in an email summary to members that a legal challenge to some provisions still was possible.

“You could tell they listened,” Matthews said. “We had a good dialogue.”

The meeting neither surprised nor alarmed two of the bill’s chief architects, Rep. Steve Stafstrom of Bridgeport and Sen. Gary Winfield of New Haven, the Democratic co-chairs of the legislature’s Judiciary Committee. 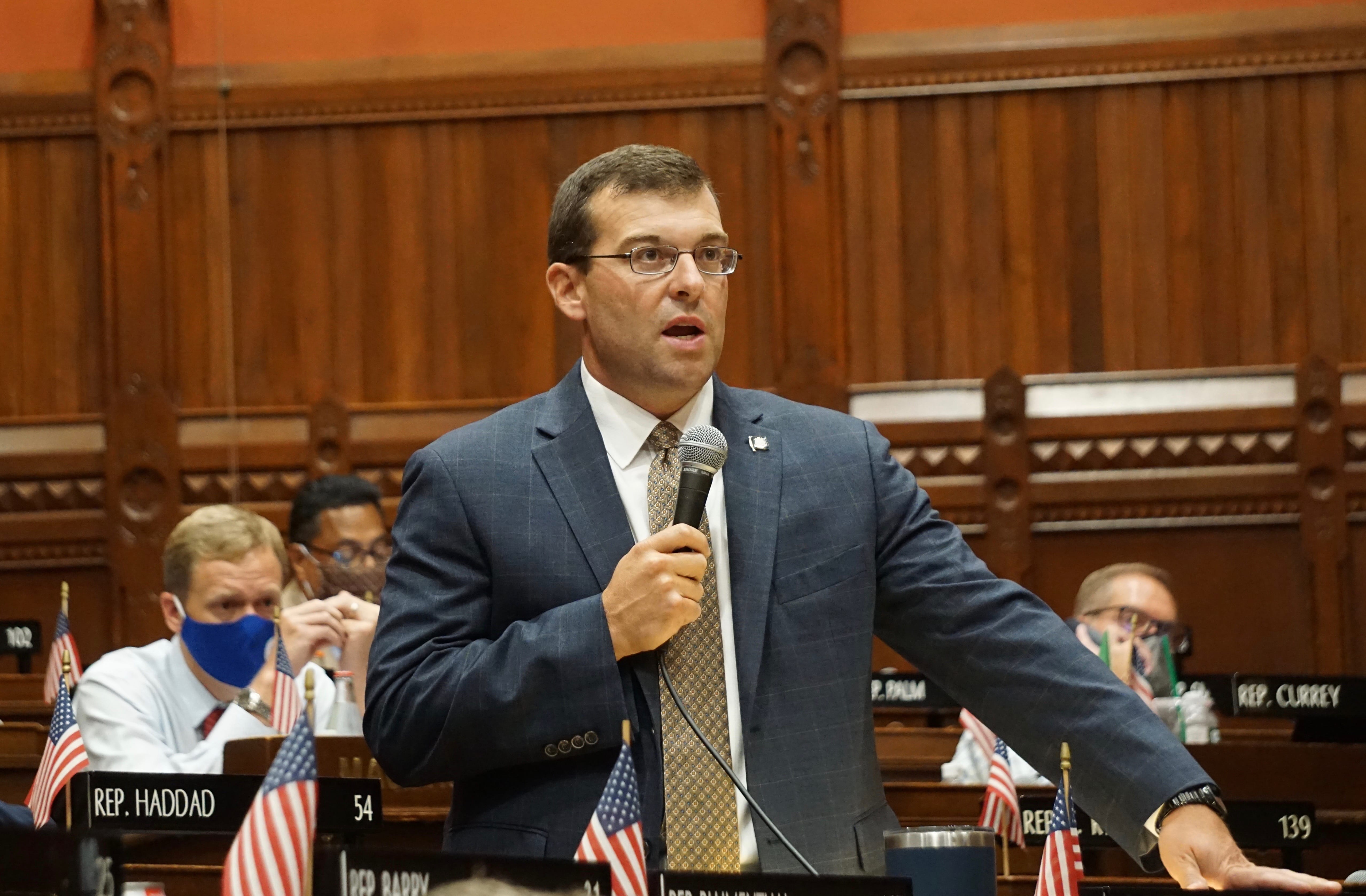 “Now that the bill is passed, certainly the intent of the bill remains the same. We’re not looking to go back and repeal whole sections of the bill, anything like that,” Stafstrom said. “But I’m certainly willing to work with police departments and the unions on implementation.”

A face-to-face meeting during the pandemic was an appreciated gesture, Matthews said. The governor’s legal adviser and policy director participated by video conference.

Matthews said police officers feel under siege, alarmed by the scope of protests across the U.S. and some provisions of the bill passed this week in Connecticut, both a response to the police killing of George Floyd in Minneapolis two months ago.

“Right now, the psychological impact on members in the field, they are really concerned about how all this is going to play out. I don’t blame them,” he said.

Passage comes as protesters demand the defunding of police. State troopers complain that the state has failed to replace retirees. Matthews said the uniformed force has shrunk by about 400 in recent years to 882. Eleven troopers or supervisors are retiring on Aug. 1, including one of the two remaining captains; the other is retiring in September, he said.

“We’ve already been defunded,” he said.

Stafstrom and Winfield said they are optimistic that some of the police opposition will wane as the 45-section bill is better understood — or possibly changed.

“I think the first thing that needs to happen is education,” Winfield said. “People were so focused on stopping the bill, they were not making an attempt to understand the bill. I think it is incumbent on us and people who do training to make sure they understand what the bill actually does.”

But the legislators and police unions disagree sharply on the extent to which the bill limits the qualified immunity enjoyed by police and exposes them to litigation. Qualified immunity is a judicial doctrine that limits police liability in federal civil rights cases.

The legislation creates a new cause of action that opens police to litigation in state courts, where qualified immunity does not apply. But Stafstrom said other language makes clear that officers are not financially liable, other than in extreme cases of civil rights violations.

“We keep hearing people say qualified immunity as a defense is being eliminated. That is false,”Stafstrom said. “Officers face little additional risk of being sued under this bill.”

Matthews said police also are concerned about a new use of force standard, a requirement that “he or she has exhausted the reasonable alternatives to the use of deadly force.” Matthews said it is not clearly defined.

The bill creates the office of an inspector general to investigate complaints of police misconduct, requires police and correction officers to intervene when witnessing brutality, mandates body and dash cameras, bans chokeholds in most circumstances and clarifies that deadly force can be used only when police exhaust all reasonable alternatives.

It also revamps and empowers the Police Officers Training and Standards Council, giving it the authority to decertify a police officer — revoking a necessary credential for employment. POST, as the council is commonly known, also would play a large role in shaping training for every police agency in Connecticut, including the State Police, and help set policies on crowd control and the use of force.

A police accountability task force will review the bill, and the POST Council will work on implementation.

“And if there are rough edges that need to be smoothed over, I am willing to engage in those conversation,”  Stafstrom said.

Stafstrom said he has told the leadership of POST that lawmakers are open to changes. He believes a constructive conversation is possible — and necessary to making the legislation effective.

“Bring on the accountability and transparency. I know we pushed back because of the haste, but we will cooperate and earn the public’s trust.”