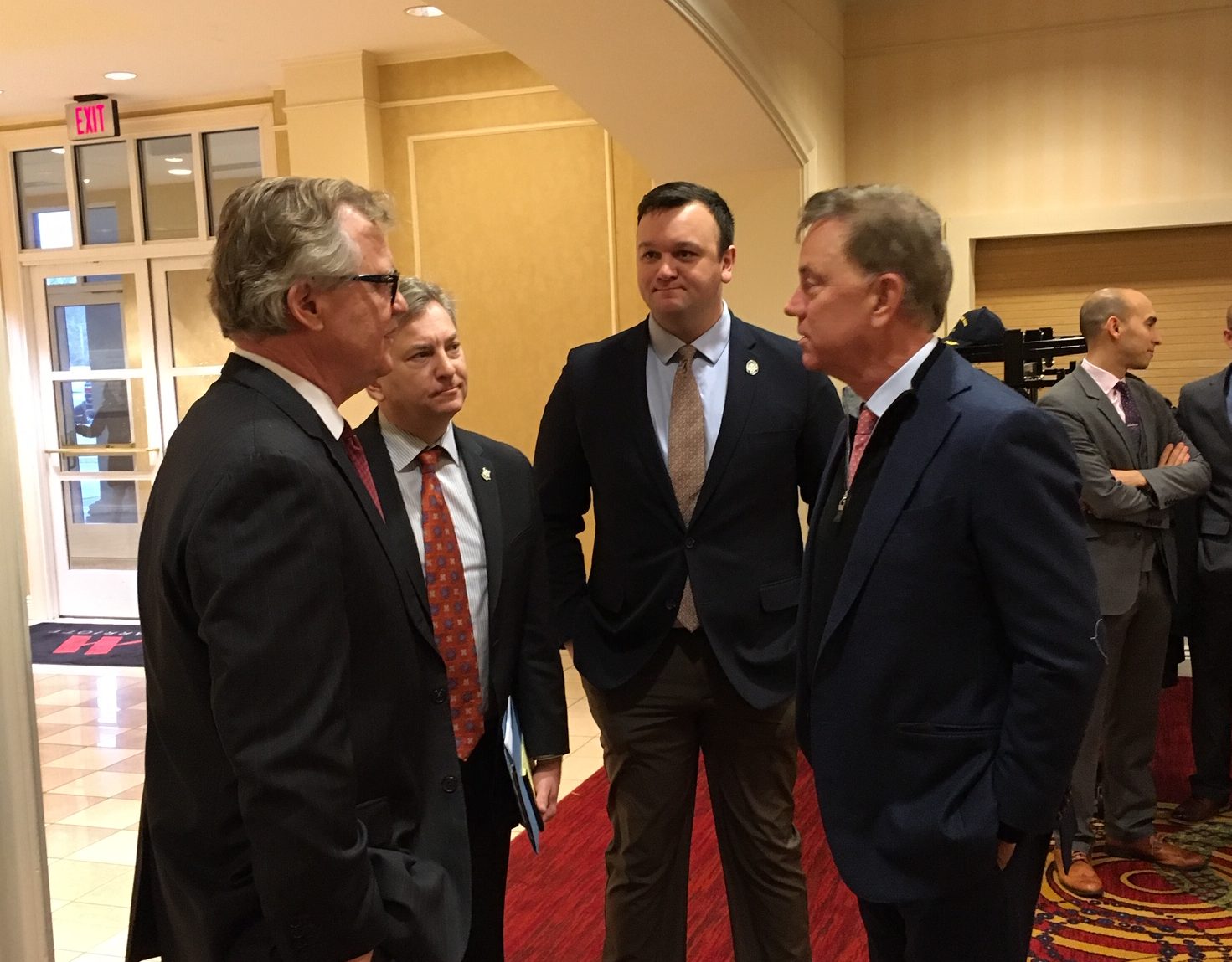 Rep. Jesse MacLachlan, R-Westbrook, the sole Republican to vote for a sweeping police accountability law passed in special session last month, is ending his campaign for a fourth term in the Connecticut House of Representatives.

MacLachlan said the vote played no role in his decision.

“I’ve been wrestling with this for a while,” MacLachlan said.

MacLachlan, 30, formed a business, Avalon Infrastructure, in October, and he said that growing a business during a pandemic was a struggle complicated by the challenge of campaigning and serving in the legislature.

He barely had begun fundraising, a sign of uncertainty.

As of his July filing, MacLachlan had raised only $970. His Democratic opponent, former Clinton First Selectman Christine Goupil, had raised more than $5,000 and already qualified for public financing.

MacLachlan exits the race in what is expected to be a difficult year for Republicans in blue Connecticut, where sharing a ballot line with President Donald J. Trump will not be an asset.

Until his victory in 2014, the 35th House District of Killingworth, Clinton and a portion of Westbrook had long been represented by Democrats. MacLachlan unseated a one-term incumbent, Tom Vicino, by more than 1,000 votes —5,241 to 4,194.

The district sits on the Connecticut shoreline at the mid-point between New Haven and New London.

MacLachlan was easily re-elected in 2016, winning by nearly 3,000 votes as Republicans won half the seats in the state Senate and came within five seats of winning the House. But his margin of victory shrank to 779 in 2018 when Democrats made their first legislative gains in a decade, buoyed by opposition to Trump.

A new Republican nominee will be chosen by the same delegates who nominated him in May. With his withdrawal coming late in the campaign season — the primary is Tuesday — the delegates’ decision will be final.

He is the second Republican lawmaker to withdraw after being renominated. The other was Rep. Chris Davis, R-Ellington, the ranking House Republican on the Finance, Revenue and Bonding Committee.

The police accountability law passed in the House on a largely party-line vote of 86-58, with four Democrats voting with 54 Republicans in opposition. MacLachlan did not speak during the debate, but he said later, “After careful consideration, I believe that the bill we voted on today effectively bolsters both public safety and accountability.”

“The vast majority of law enforcement pros are beyond reproach, serving and protecting our communities honorably day-in-and-day-out,” he said. “Unfortunately, in far too many high-profile, and recent — albeit rare — abuse of power and excessive force cases, qualified immunity has been weaponized by bad-apple law enforcement officials sidestepping civil suits from people seeking recourse after civil rights barbarities.”