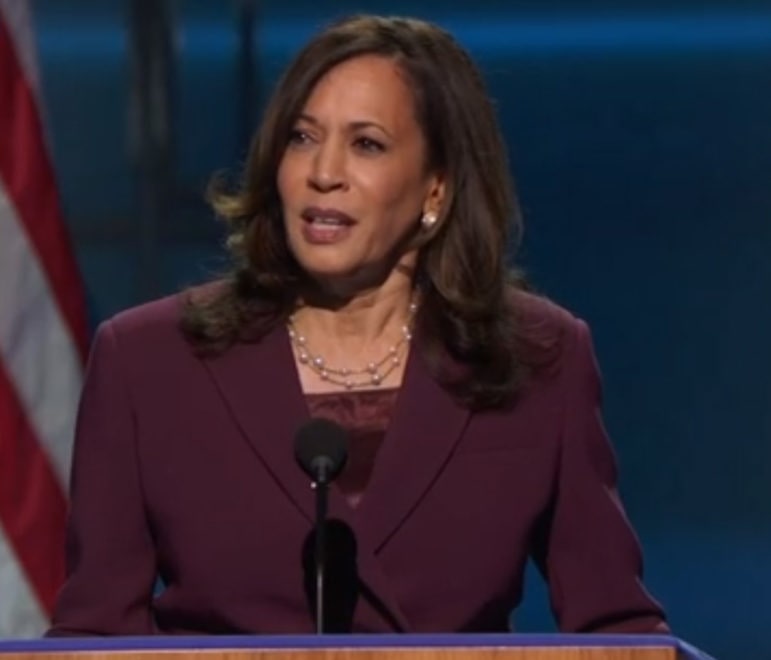 Vice Presidential nominee Sen. Kamala Harris introduced herself to the nation at the Democratic National Convention Wednesday night by invoking her immigrant mother, a women she said was strong, idealistic and the most influential person in her life.

“Oh how I wish she was here tonight, but I know she’s looking down on me tonight,” Harris said.

Harris is the daughter of Jamaican and East Indian parents, and it was her personal story, not the political message she delivered, that most impressed some Connecticut convention delegates.

Arunan Arulampalam, deputy commissioner for the Connecticut Department of Consumer Protection, is from Sri Lanka and has an adopted daughter from the Republic of the Congo and a daughter who is Tamil.

“She represents them in a very visceral way,” Arulampalam said. “When I look at my daughters look at her, I see what it means to have them represented.”

Vice President Joe Biden was not Arulampalam’s first choice to top the Democratic ticket, but his choice of Harris for a running mate clinched the deal.

“It speaks to the inclusivity he hopes to have,” Arulampalam, 34, said.

Like most delegates he listened to Harris’ acceptance speech on television at home instead of at a raucous, crowded convention hall. The pandemic has forced the Democratic National Convention to go largely virtual and to become a national television show.

Like Arulampalam, Ratasha Smith of New Haven is a first-time delegate. But the virtual nature of the convention did not lessen her enthusiasm.

She said she was thrilled that Harris mentioned the “Divine Nine” — as a group of predominantly Black fraternities and sororities are known. Harris is a graduate of Washington D.C.’s Howard University and the first person on a presidential ticket who attended an Historically Black College and University, or HBCU.

“I was so proud,” said Smith, 31,  who attended Bennett College. “To hear her shout that out was, wow. I found myself holding back tears.” 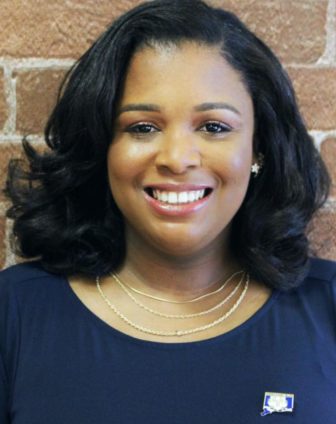 The Rev. Kelcy Steele of AME Zion Church in New Haven is also a first-time delegate.

He said Harris “is the embodiment of everything President Trump tried to suppress or dismantle – a woman and a woman of color.”

Harris said the Democratic ticket would bring Americans together after four years of divisive presidential politics. “Joe will unite us,” she said.

Earlier in the evening, Harris made a cameo appearance to  urge Democrats to  vote, despite President Donald Trump’s attacks on mail-in balloting.
“So I think we need to ask ourselves, why don’t they want us to vote? Why is there so much effort to silence our voices? And the answer is because when we vote, things change. When we vote, things get better. When we vote, we address the need for all people to be treated with dignity and respect,” Harris said.

But it was former President Barack Obama who, just before Harris spoke, gave an  unprecedented address harshly critical of Trump, his immediate successor. Like other Democratic speakers before him had, Obama urged Americans to vote, saying the future of American democracy depends on it.

He characterized Trump as an uncaring, selfish and incompetent leader:

“Donald Trump hasn’t grown into the job because he can’t. And the consequences of that failure are severe. 170,000 Americans dead. Millions of jobs gone while those at the top take in more than ever. Our worst impulses unleashed, our proud reputation around the world badly diminished, and our democratic institutions threatened like never before.