Lamont applies for Trump’s new unemployment plan, but help to CT jobless will be limited 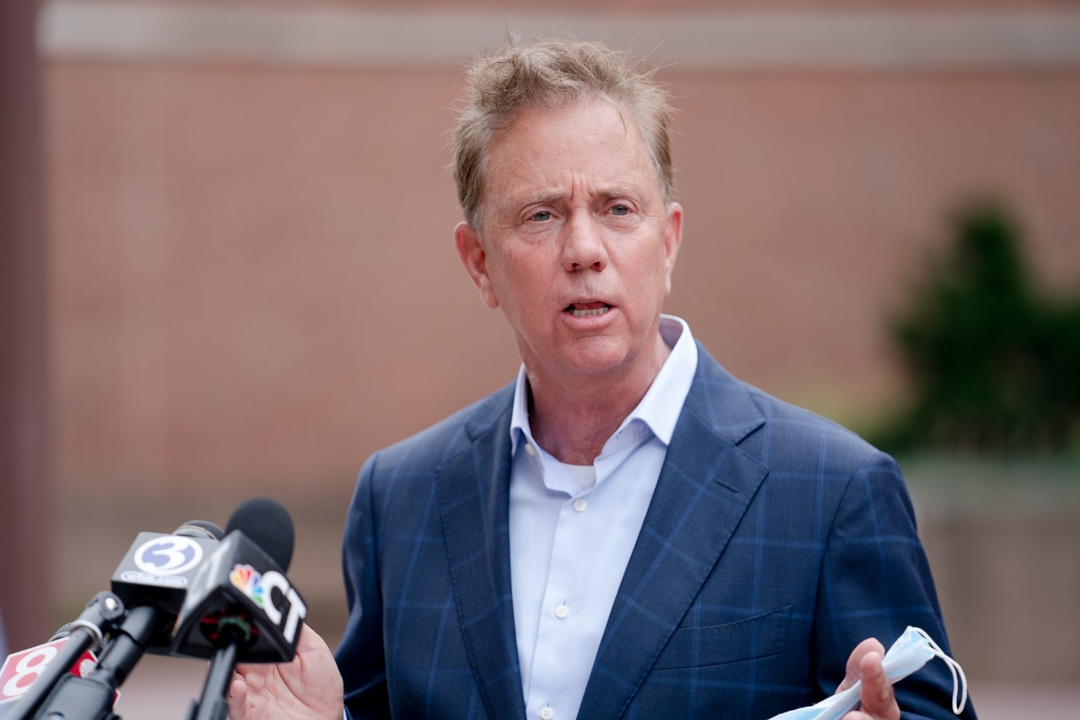 Washington – Three weeks after the $600-a-week federal unemployment benefits expired, Gov. Ned Lamont said the state is applying for the program that replaced it.

But those who qualify for the new money would only receive half of what they were getting under the expired program – and it will take weeks for them to begin to get any help.

And benefits will be short-lived, lasting only for five weeks or so.

Frustrated with Congress’ inability to approve a new stimulus bill that would extend federal unemployment benefits, President Donald Trump used his authority to spend about $44 billion in Federal Emergency Management funds on the new program.

The president proposed giving those who lost their jobs due to the COVID-19 pandemic $400 a week, with $100 coming from the state’s coffers. But states complained they could not afford the extra money, strapped by an unprecedented number of state unemployment claims.

So the U.S. Labor Department determined that states could count the money they were already giving the unemployed as their contribution.

Plagued by an antiquated computer system, Connecticut was among the last states to roll out all three federal unemployment programs Congress approved for those who lost their jobs due to coronavirus. It’s unclear how long it will take to get this new program up and running. The U.S. Department of Labor has estimated it would take most states about three weeks.

As of Monday, 26 states had been approved by the U.S. Labor Department to participate in the new program.

So far, Arizona is the only state that has started issuing the payments.

It is important to remember that this is only a temporary backstop. It’s imperative that the Trump administration reach an agreement with Congress on comprehensive legislation that provides stable and long-term funding to supplement weekly unemployment benefits.”— Gov. Ned Lamont

Unlike the previous program, which delivered money to states to pay the federal “plus-up” in an open-ended manner, there is a limit on the amount of money the Trump administration can spend on the new federal unemployment program.

FEMA said in new guidance that it will initially only award states the benefits for three weeks to prevent the cash from running out before other states can apply. After that, the states will receive the federal $300 share of the payment on a “weekly basis” to ensure that “funding remains available,” FEMA said.

There are estimates that the $44 billion FEMA has at its disposal for the program will only last about five weeks as the unemployment rate remains stubbornly high. New jobless claims jumped above 1 million in the second week of August.

“It is important to remember that this is only a temporary backstop,” Lamont said. “It’s imperative that the Trump administration reach an agreement with Congress on comprehensive legislation that provides stable and long-term funding to supplement weekly unemployment benefits.”

Lamont, however, had said he opposed continuing the $600-a-week federal benefit because it was too generous – and said it could discourage people from returning to work.

Congressional Democrats have indicated there is some wiggle room in negotiating the amount of federal unemployment benefits in the next stimulus package.

Blumenthal said the weekly benefit amount could drop, perhaps by $100, if a state were to fall below an 11% unemployment rate. But he also said “we should not be slashing unemployment at exactly the time consumers have stopped spending.”

Blumenthal and Murphy are urging Senate Majority Leader Mitch McConnell, R-Ky., to bring the U.S. Senate back into session to pass new stimulus legislation. Both the U.S. House and Senate are now scheduled to remain in recess until mid-September. 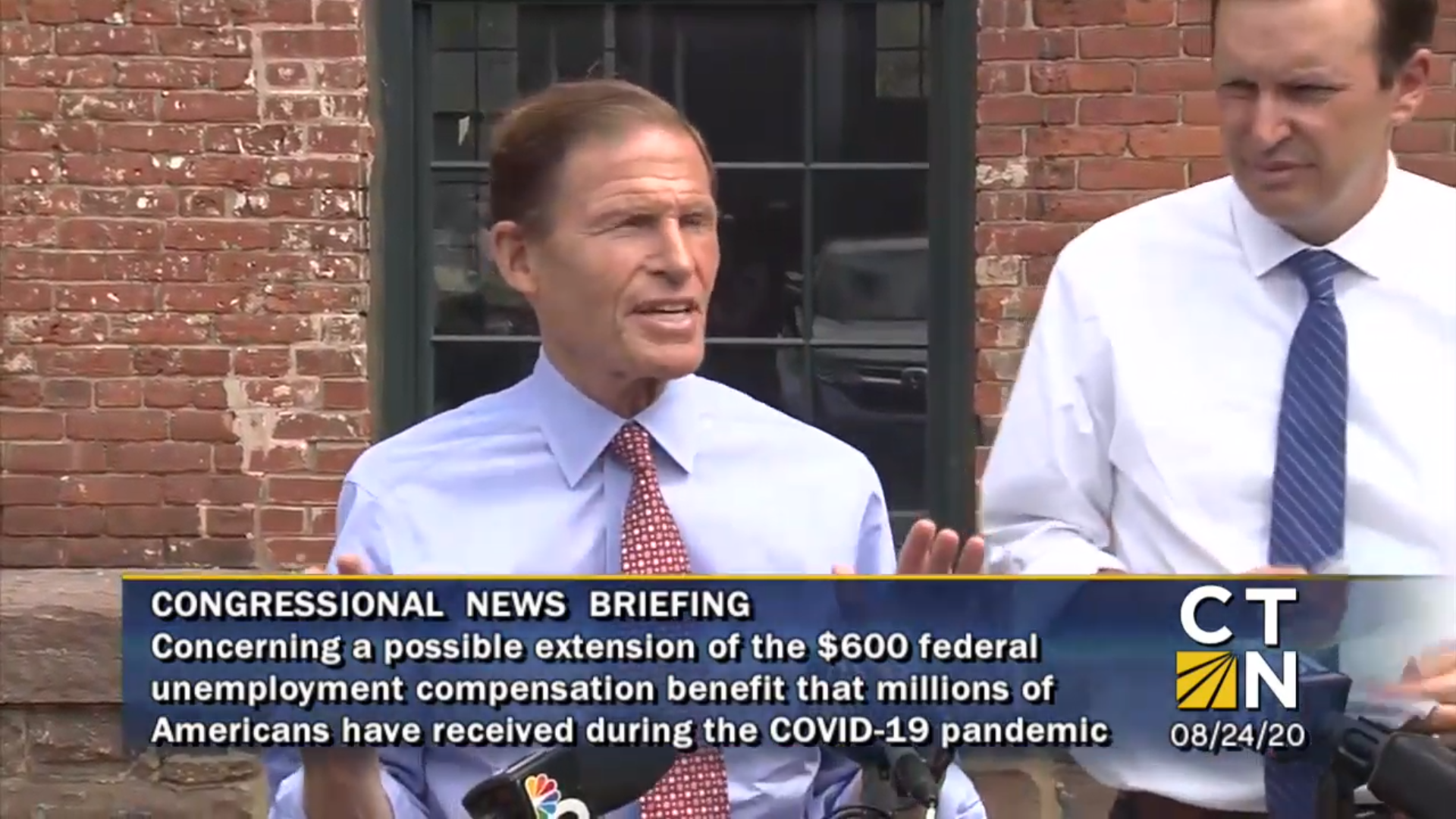 Sens. Richard Blumenthal and Chris Murphy press for a continuation of $600-a week federal unemployment benefits.

“My message to Mitch McConnell is, ‘Do your job,’” Blumenthal said.

Murphy said McConnell should in the very least allow votes on a GOP proposal, even though it would pare federal unemployment benefits to about $200 a week.

“He should bring it to the floor and let us amend it,” Murphy said. “The cost of doing nothing is catastrophic.”