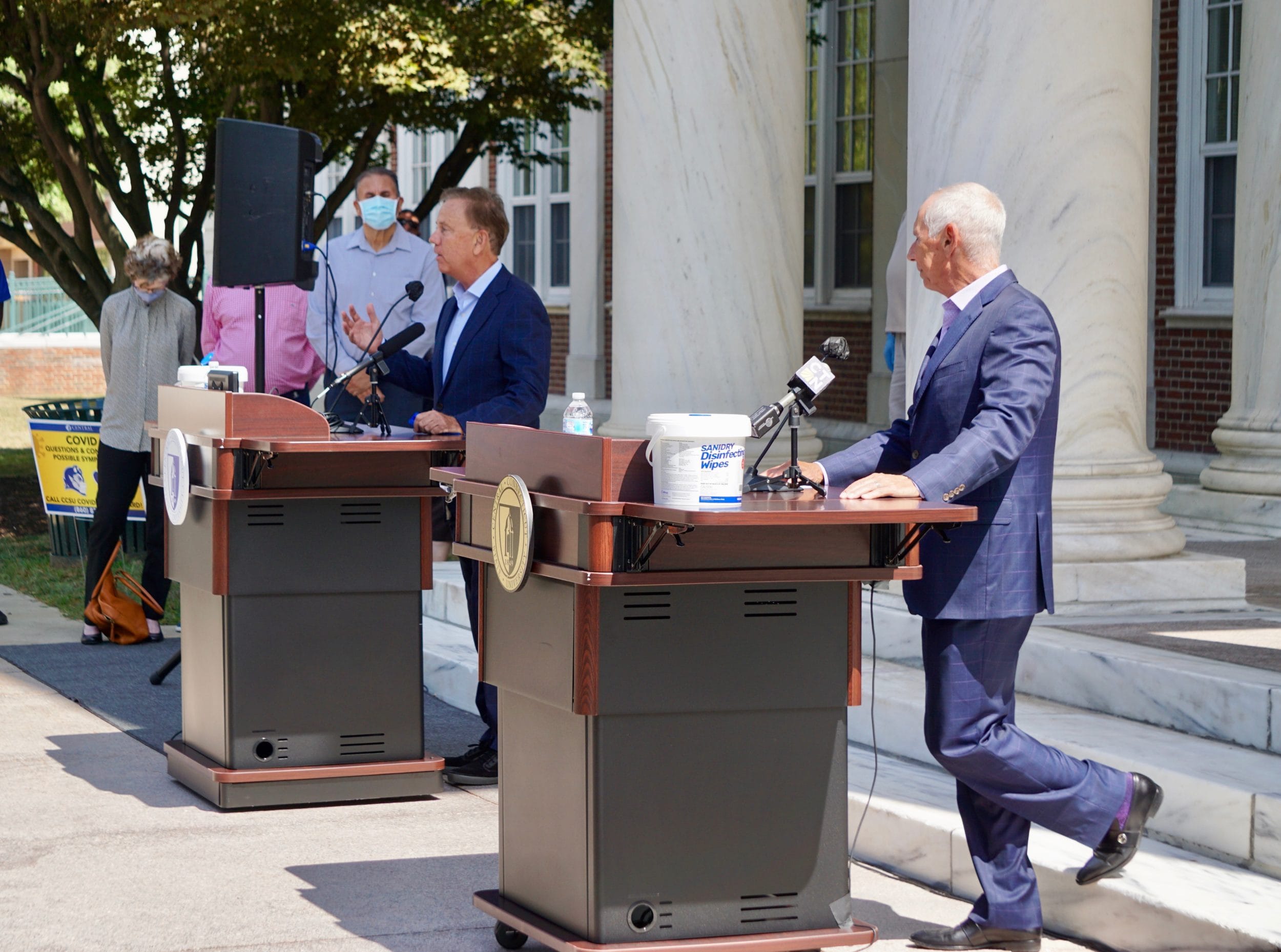 Social distance: Gov. Ned Lamont and Mark Ojakian, the CSCU system president, at lecterns that were careful distanced and cleaned after each speaker.

New Britain — With university employees on standby to quickly disinfect podiums and change microphone covers after each speaker, Gov. Ned Lamont and leaders representing the state’s higher education institutions came together at Central Connecticut State University Wednesday to present their plans for the fall semester in an effort to ease concerns about colleges and universities reopening.

“I think if you get a chance to tour around CCSU, you get a chance to see the work that Tom and OJ and all of our community colleges have been doing, see how seriously they’re taking [reopening], I think you’ll have a great deal of confidence that we’re doing it right,” said Lamont, referring to UConn President Tom Katsouleas and the president of the Connecticut State Colleges and Universities system, Mark Ojakian.

“Nothing is 100% safe. I wish I could tell you we’re going to wait until we’re 100% … but we’re doing everything we can to make it as safe as humanly possible,” Lamont added.

Each institution official, from public to independent state schools, explained the safety measures students must follow, such as wearing masks at all times and following strict social distancing policies. There will be fewer people on campus and in-person classes, and more online learning.

“I am confident that these moves which are guided by science, and public health data, if followed correctly, can ensure a safe semester at our public institutions of higher education,” said Ojakian. “But that’s the key point. Everyone on our campuses must be part of the solution.” 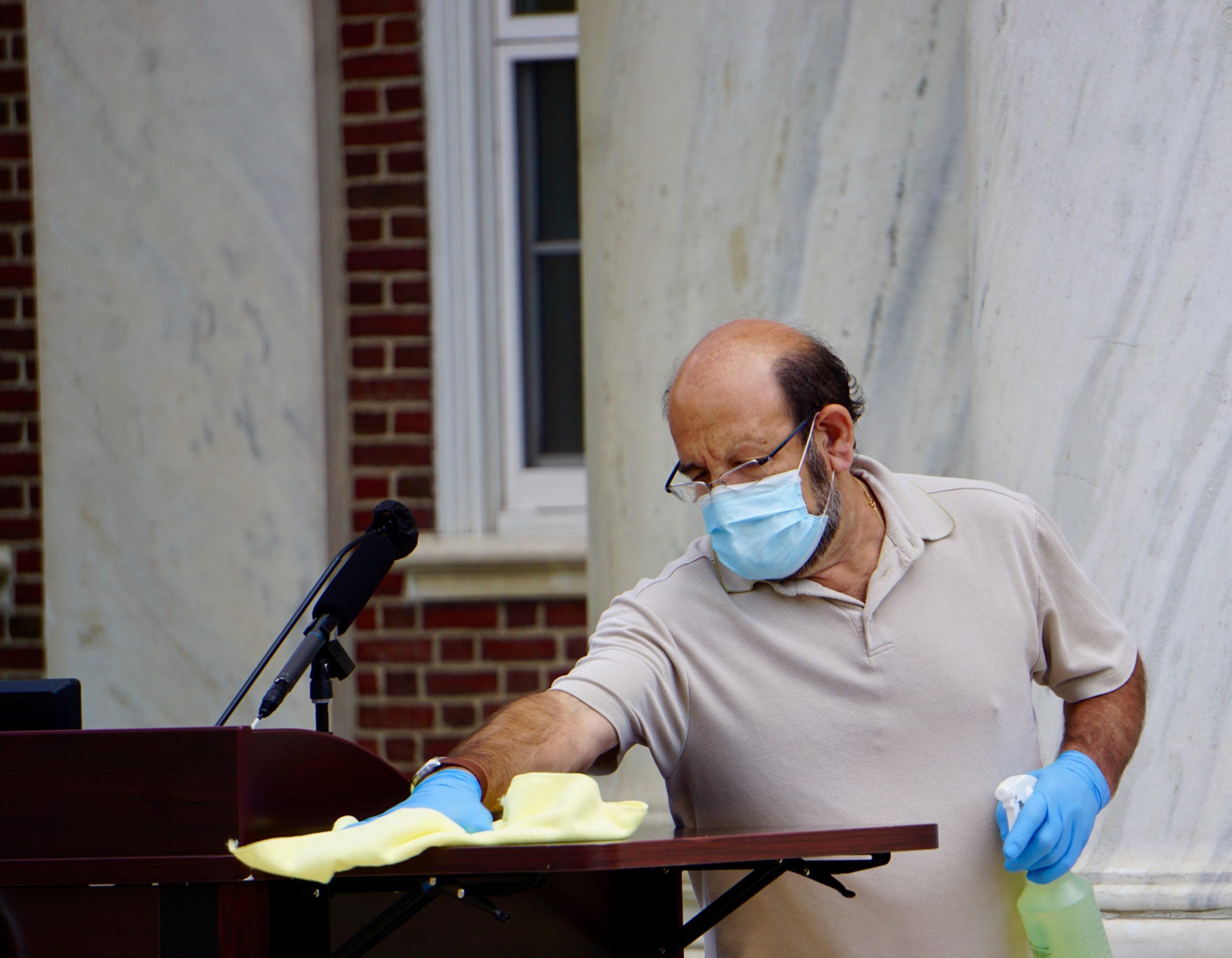 A university employee wiped a lectern after each speaker at Central Connecticut State University.

Every institution has mandated COVID-19 testing. UConn, which tested students upon their arrival to campus, has conducted 5,783 tests. On Wednesday, the university reported 38 residential students and nine commuter students at the Storrs campus have tested positive for COVID, along with two students at the Stamford campus.

Each institution also plans to conduct ongoing testing for residential students throughout the fall semester, with the exception of commuter students attending state universities since they are a part of the overall community testing, Ojakian explained.

“That may change if we see an influx of commuter students test positive,” he said. “But there’s very robust community efforts going on in our cities and towns.”

The state Department of Public Health is also implementing mandatory contact tracing for positive cases at colleges and universities. 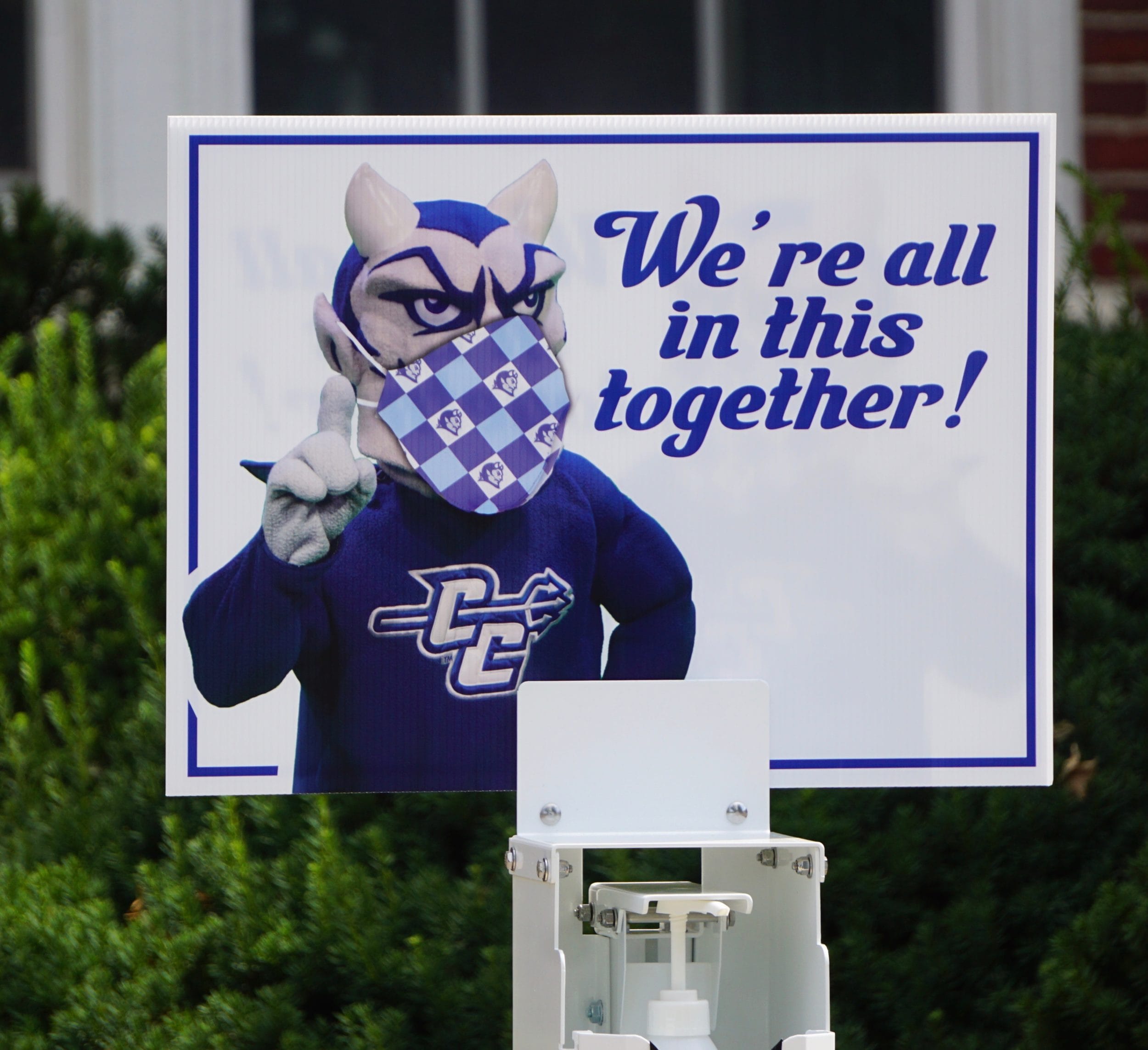 Welcome to Central Connecticut State U. Now, wash your hands.

Acting DPH Commissioner Dr. Deidre Gifford said the department is closely following the positive cases that have been reported at colleges and universities and explained that successful contact tracing depends on people picking up the phone when they see a COVID trace to their local health or student health department. She added that it also depends on people sharing the names of those they have had contact with in the days prior to becoming symptomatic.

“If we see a case, we need to isolate the individual that has the case, identify their contacts and make sure that those people are both tested and then quarantined for 14 days,” Gifford said. “And that’s how you stop the spread of an infection.”

Capital Community College is requiring students attending in-person classes to sign in as they enter and exit buildings to help initiate contact tracing. The school’s chief executive officer, Duncan Harris, said 85% of its classes will be online while the remaining 15% are classes that need to be in-person for nursing, paramedic and radiological technology programs; the college also received laptop donations it will distribute soon to students.

“What I know about our community college students, some 50,000 of them, is that many of them cannot afford literally and figuratively to not continue their education and pursue their degrees,” Harris said. “So we’re very aware of that. But what we were able to accomplish this summer and as we open up today, is to ensure that that’s done safely.”