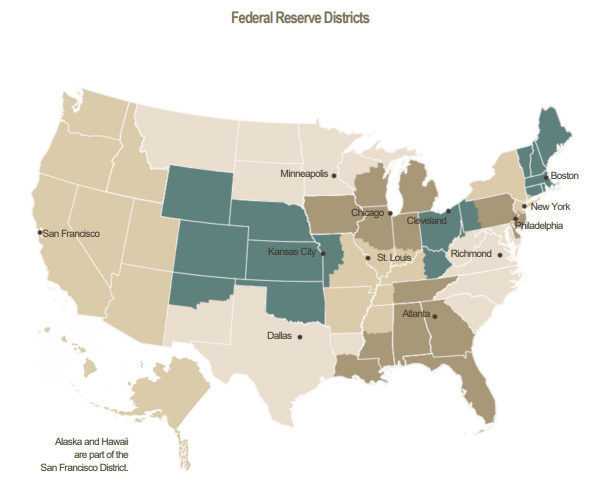 Washington – The Federal Reserve’s latest report on the region’s economy, released Wednesday, gave Connecticut a mixed review, with some sectors doing well while others continue to feel the pandemic’s disruptive effects.

The latest “Beige Book,” a Federal Reserve System publication about current economic conditions across the 12 Federal Reserve Districts, said the U.S. economy expanded in August. But it also said many parts of the country experienced slower growth because of lingering anxiety over the coronavirus.

“Continued uncertainty and volatility related to the pandemic, and its negative effect on consumer and business activity, was a theme echoed across the country,” the Federal Reserve reported.

The Beige Book noted that Connecticut, part of the New England-based 1st district headquartered in Boston, experienced strong automobile sales through June, July and the start of August, except for the week that remnants of Hurricane Isaias caused power outages throughout the state.

An unnamed furniture retailer in the state also experience a sharp increase in sales, the report said. The retailer reported average weekly sales up 30% compared to last summer, with weekly online sales up more than 300% compared with the same weeks in 2019. In-store sales are roughly a third of pre-pandemic levels.

The Federal Reserve relies on business contacts to help it gauge how a local economy is faring. In New England, the Beige Book said that “the majority of contacts were somewhat more optimistic than three months ago, but a few were less optimistic and expected business activity to slow,” during the rest of the year.

The report said data on Connecticut’s residential real estate market was unavailable. But information supplied by the other four New England states showed residential real estate sales were strong. Sales began to pick up in July, following slow sales this spring due to COVID-19, the report said, with the only weakness in the New England market being Boston condo sales.

“Across the region, contacts were optimistic that [real estate] sales activity would continue at a high level into the fall,” the Beige Book said. “Markets continued to favor sellers. Inventory decreased for both single family homes and condos in all reporting areas, with all markets except the Boston condo market experiencing double-digit drops.”

The report also noted a trend from urban to suburban locations.

However, the report said that businesses in New England “continued to cite the disruptive effects of the pandemic on all aspects of their activity, even as recovery began or continued in some sectors.”

“Employees of some firms were called back, while others remained on furlough or have permanently lost jobs,” the report said.

It also said firms that provide services to COVID-related industries, particularly health care, “continued to see improvement and business growth since the spring.”

But it said the labor market in New England “was complex,” and indicated many employers in the region had a hard time finding someone to fill a job.

“The majority of contacts reported difficulty finding candidates who were willing to work, especially for pay rates that might be lower than pandemic-augmented unemployment benefits,” the report said. “A lack of access to daycare and unwillingness of some working parents to send their children to daycare contributed to a reduced pool of candidates.”

“Overall, (New England) respondents remained cautious about the uncertainty of the COVID situation and the upcoming election,” the Federal Reserve said.