Lawmakers want to revisit immunity for nursing homes and hospitals 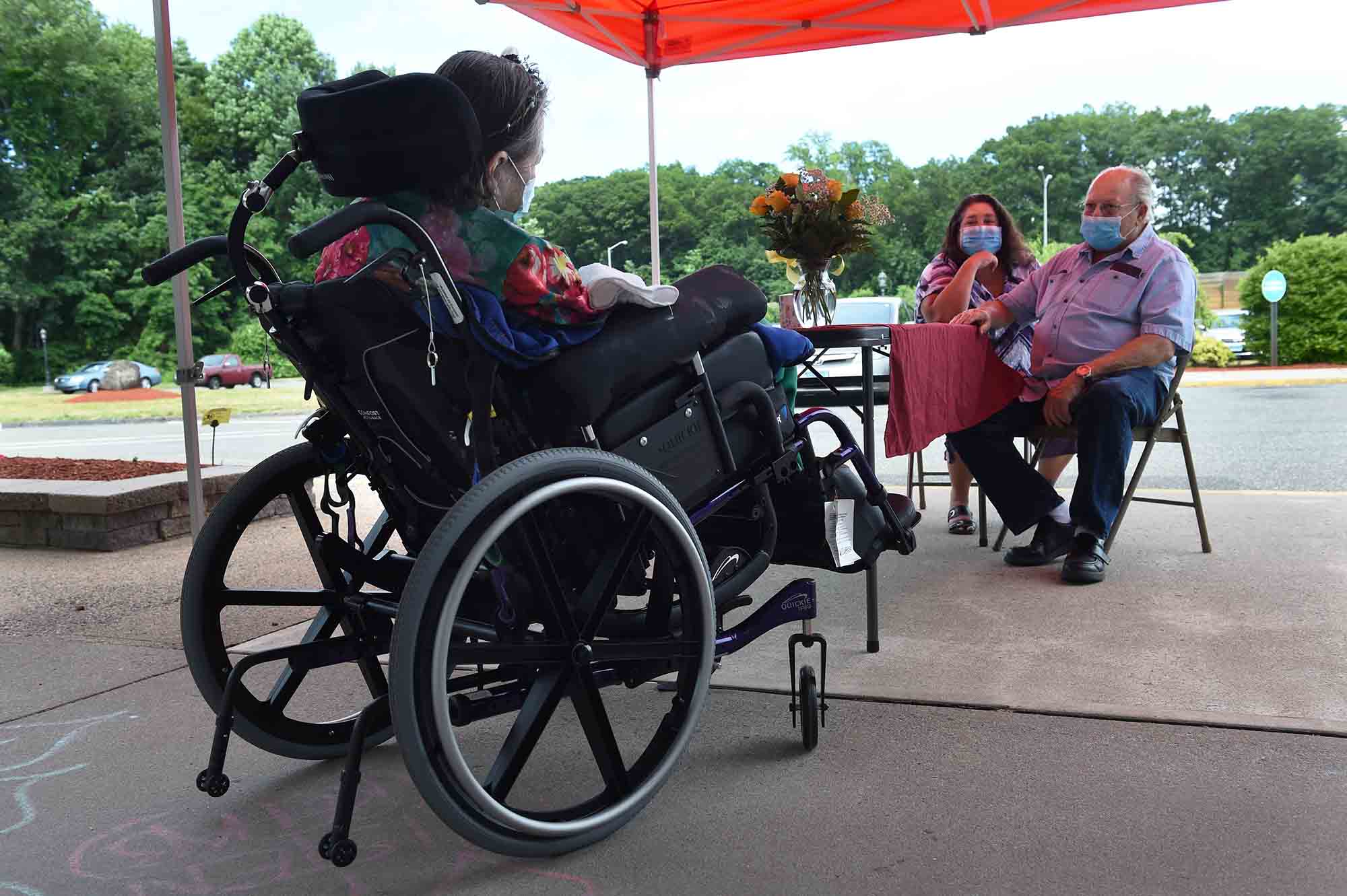 Frank Fontana and his daughter, Liz Marciano, (right) visit with their wife and mother, Sharon Fontana, at Kimberly Hall North in Windsor.

As officials with Gov. Ned Lamont’s administration consider which executive orders to extend beyond Wednesday, lawmakers want to have a broader discussion about a controversial mandate that’s been in place since April: legal immunity for nursing homes and hospitals.

Lamont issued an order shielding those facilities from lawsuits less than a month after the first recorded case of COVID-19 in Connecticut. The measure prevents families of nursing home residents and other potential plaintiffs from seeking financial recourse in the courts for injury or death, except in cases of “crime, fraud, malice, gross negligence or willful misconduct.”

Connecticut is one of at least 20 other states to impose such an order. Nationally, advocates and attorneys have questioned why the protection extends not only to health care workers, but also to nursing homes and their operators.

In Connecticut, where 2,874 nursing home residents have died during the pandemic – about 64% of the state’s overall COVID-19 fatalities – legislators want to have a conversation about how long the immunity should be prolonged – if it all. 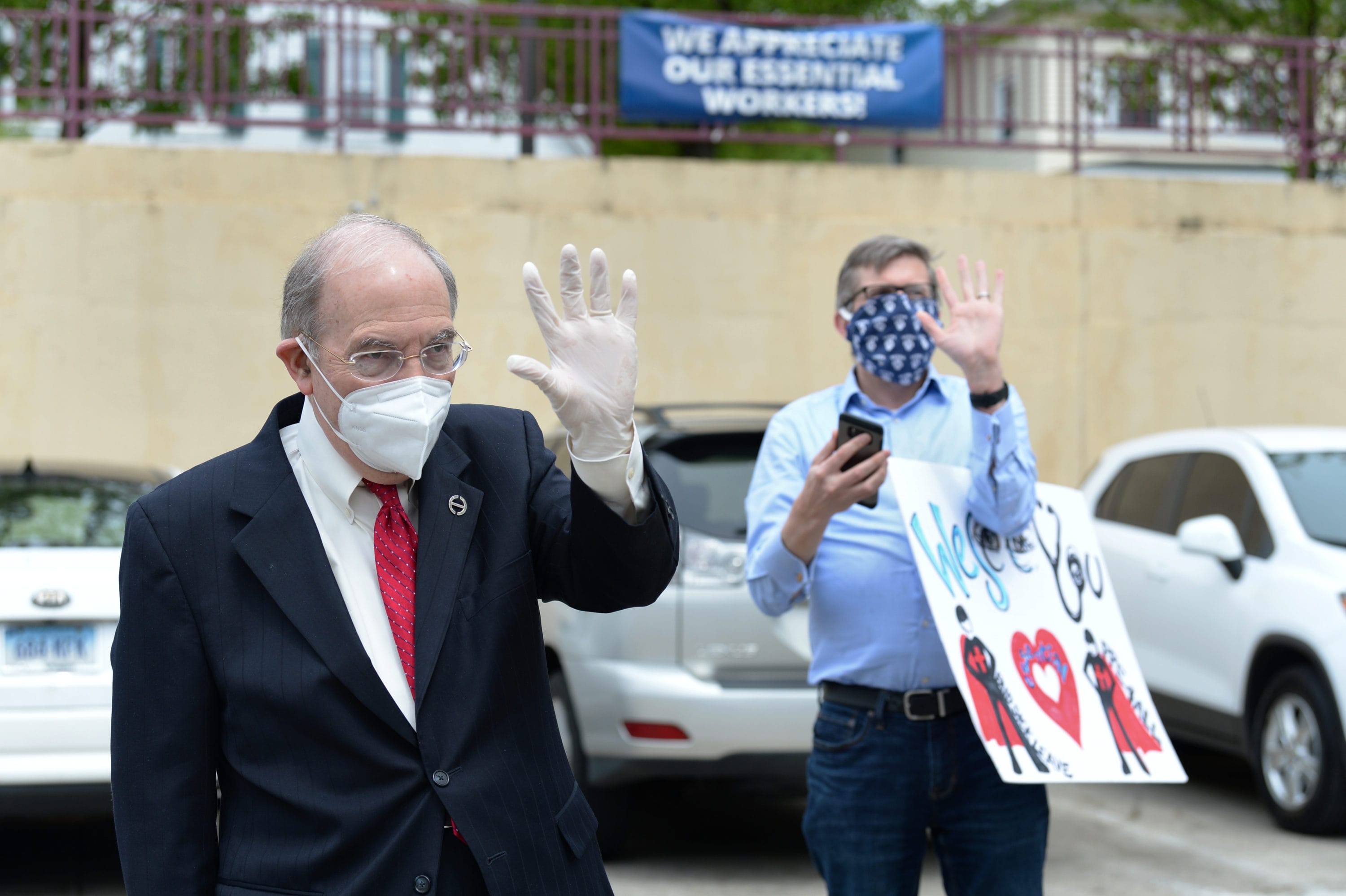 “With blanket immunity, management can essentially shrug their shoulders and say, ‘Oh, well,’” said Sen. Cathy Osten, D-Sprague, a co-chair of the legislature’s Appropriations Committee. “I don’t think that this is an ‘oh, well’ conversation. … If there are no consequences, there is no responsibility.”

Lawmakers’ concerns arose after three facilities landed in the news recently for violations. State inspectors cited the Three Rivers nursing home in Norwich – which has reported 26 cases and three deaths from coronavirus recently – for multiple lapses, including failure to ensure proper cohorting of residents, failure to use personal protective gear in accordance with standards outlined by the Centers for Disease Control and Prevention, and failure to enforce a 14-day quarantine period for a resident exposed to COVID-19.

A nurse at the facility also reported for work after she had been on a trip with two relatives who later tested positive for coronavirus, according to an inspection report. Colleagues complained that she didn’t wear a mask.

The state also fined nursing homes in Hartford and Hamden for failing to test all of their employees, as the state requires.

The immunity order is scheduled to expire Wednesday along with more than 70 other measures that Lamont issued amid the pandemic. Many of those orders could be extended under a broad continuance, administration officials said, though some will receive extra scrutiny.

Max Reiss, a spokesman for Lamont, said many of the orders could be extended through February, though others may be discontinued or prolonged for a shorter period of time.

“We could put a temporary extension on some of the them for a week or 30 days to do a further and deeper analysis. The immunity question falls into that,” Reiss said. “As of now, it’s set to expire, and it’s to be determined whether it’s going to be extended.”

Health care workers at Golden Hill Rehab Pavilion in Milford react with heart hands to a group of Democratic State Senators and Representatives who visited the facility.

During a press conference last week, Lamont signaled that he may be leaning toward an extension. Asked whether the violations at Three Rivers made him reconsider the order, he replied: “Not right now. But look, we’ve got sanctions, we’ve got financial penalties, we relicense these folks. So, I’ve got plenty of leverage there.”

Rep. Jonathan Steinberg, D-Westport, a co-chair of the legislature’s Public Health Committee, said there are strong feelings among legislators on both sides of the issue. During a hearing before the committee last week, lawmakers grilled nursing home executives over staffing, protocols and other issues.

“We’re divided on exactly how best to handle it,” he said of the immunity. “I would not want to give undue protection to bad actors. … But in terms of the lessons we’ve learned as a state, things are dramatically different. The public health department, with prodding and oversight from the legislature, has tightened it up quite a bit, and their new protocols give me confidence.

“There’s no good, pure answer one way or the other.”

Nursing home leaders have said they support an extension.

“We know that significant legal challenges follow catastrophic disasters such as this one,” Mag Morelli, president of LeadingAge Connecticut, which represents nonprofit nursing homes, told members of the Public Health Committee last week. “A level of immunity from liability is needed to encourage individuals and organizations to provide … services to save lives without the fear of damaging their organization’s ability to survive after the emergency is over.”