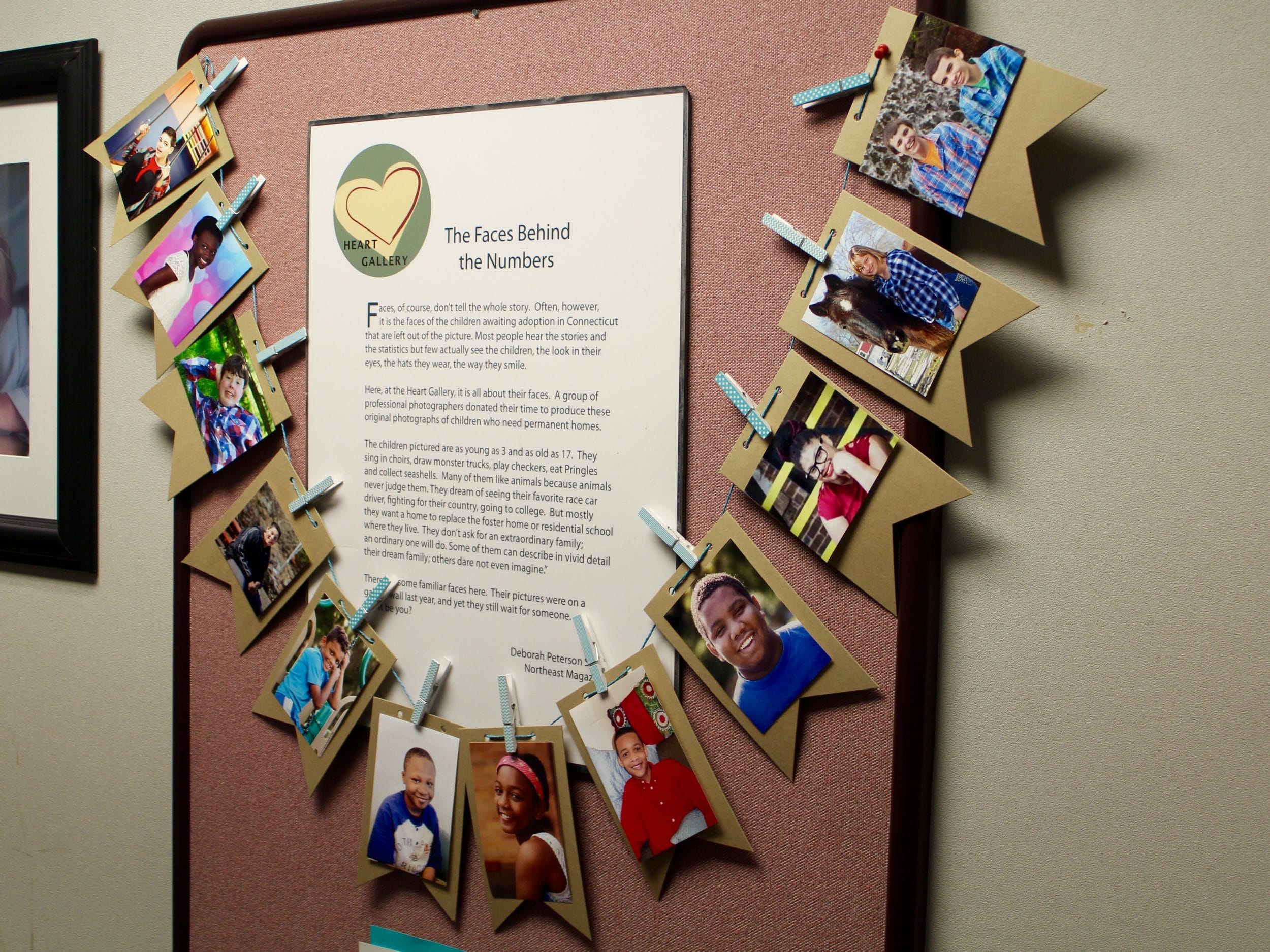 Pictures of children in foster care that need a family to adopt them greets DCF staff each morning as they enter the office. (file photo)

Hundreds of foster children have been in limbo for months waiting for court hearings that, until recently, were suspended because of the pandemic, according to a federal court monitor’s report on the state’s child protection agency.

As a result, children waiting for the courts to determine if they can return home or become available for adoption were also unable to see their families during this time because the state Department of Children and Families suspended face-to-face visits, deeming them too risky due to COVID-19.

The courts have largely been closed to hearing child protection cases since the coronavirus began spreading through the state six months ago. Some of the courts opened two weeks ago, but the system is far from processing the number of cases it was handling before the pandemic.

More than 4,000 children are in state custody on any given day, but state officials were unable to quantify the backlog of court cases.

Under normal circumstances, nearly 150 children are discharged from foster care in Connecticut each month, data reported to the federal government shows. About 40% of those kids are adopted and 43% return to the families they were removed from. Most of the are remaining children who leave foster care are emancipated (8%) or have “non-permanency” outcomes, such as aging out of the system or going AWOL.

The report makes clear the impact on children and families is tremendous.

“Court proceedings have been halted and these delays and related trauma for children and families will need to be addressed. … Considerable trauma to children and families is resulting from these delays in permanency,” DCF officials told the federal court monitor. DCF has been under court oversight for 29 years for failing to provide appropriate care to abused and neglected children in the state. 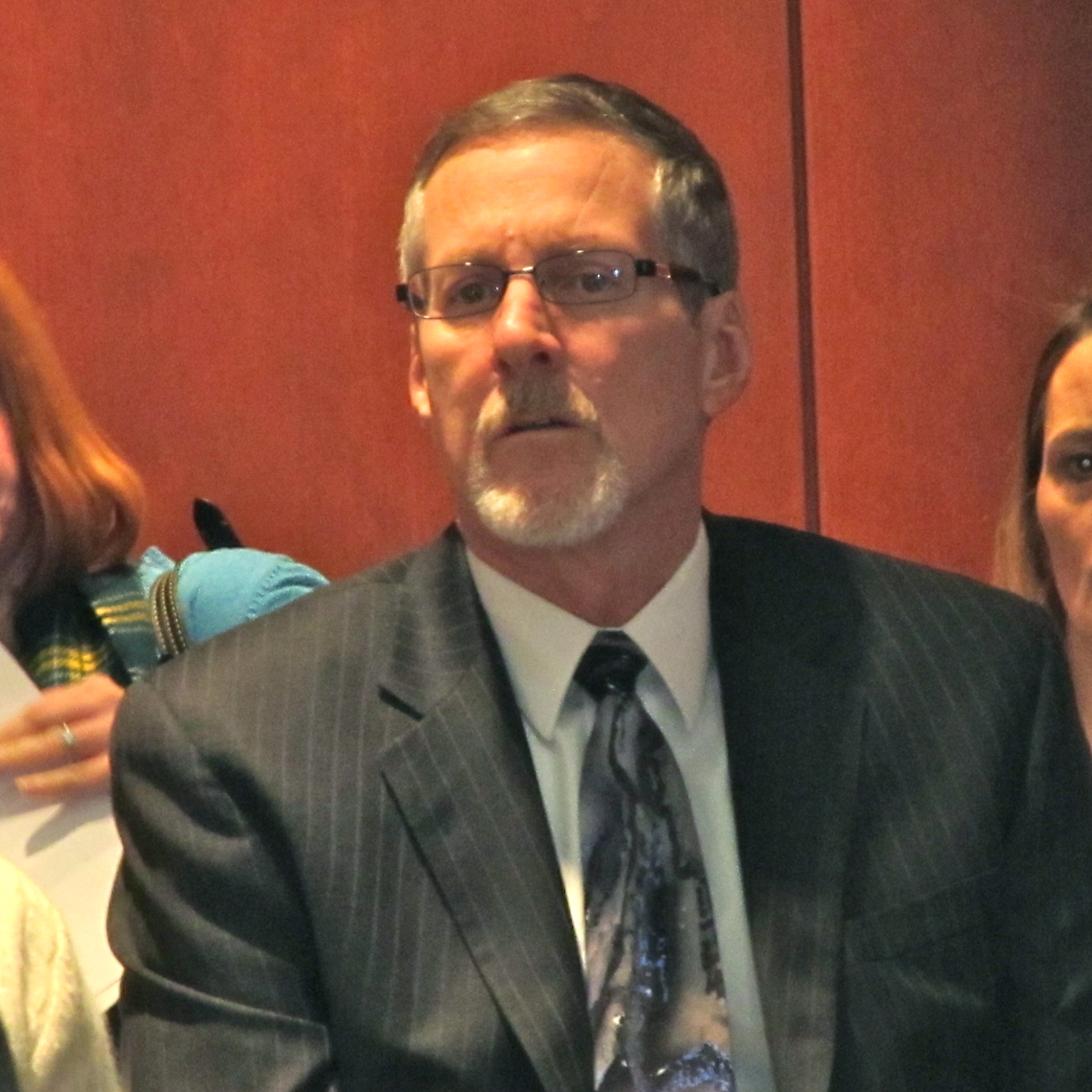 Court monitor Raymond Mancuso notes in his bi-annual report that the agency has faced an impossible task of shielding its clients and staff from the virus while balancing the emotional needs of the vulnerable children.

“There has been a significant impact on families given the inability for many parents with children in placement to visit face-to-face. Further, delays in court proceeding mean many reunification, adoption, and transfer of guardianship decisions have been delayed and actions related to petitions filed since March 2020 have not occurred,” Mancuso wrote.

The Judicial Branch is working to get back to full capacity, Judge Bernadette Conway, chief administrative judge for juvenile matters, said in a statement.

“Over the past several weeks, Connecticut’s juvenile courts have resumed hearing all types of child protection cases and have worked very closely with DCF to mitigate delays caused by the pandemic. As we move forward in the coming weeks, the Judicial Branch is now situated – from a technology standpoint and with more juvenile courts open – to steadily increase the number of cases being handled,” Conway said.

But attorneys who represent children caught in the system say these cases need to be better prioritized.

“The cases need to be processed expeditiously. We feel like the courts should start to process all of this backlog,” said Martha Stone, executive director of the Center for Children’s Advocacy and one of the attorneys who brought the 1989 lawsuit against DCF on behalf of 10-year old Juan F. and other children. It was that lawsuit that led to DCF being put under court oversight. “Slowly they’ve started to process some of these cases but some of the courts are still not open. It’s been very slow.”

State Child Advocate Sarah Eagan said the courts face a herculean task as they try to figure out which cases get to move to the front of the line.

“For months it was Priority 1 cases only, which for DCF meant only hearing Orders of Temporary Custody” to determine whether to remove a child from their home, said Eagan. “That meant that motions for visitations and other things to deal with a child’s best interest were stalled. They had to prioritize the most urgent matters.”

The bi-annual report released Wednesday also shows there were 14,600 fewer reports to the DCF hotline during the pandemic – a 33% decrease compared to the same months the previous year. As a result, the number of children being supervised by the agency dropped by almost 2,600 children – a 19% decrease in children.

The types of cases that have seen the largest drop in calls were those with suspicions of physical abuse and education neglect, as neglect cases saw an increasing share of the reports.

Child care experts are unable to say whether the dip in reports actually means fewer children are being abused, or if there are just fewer outside eyes on children. 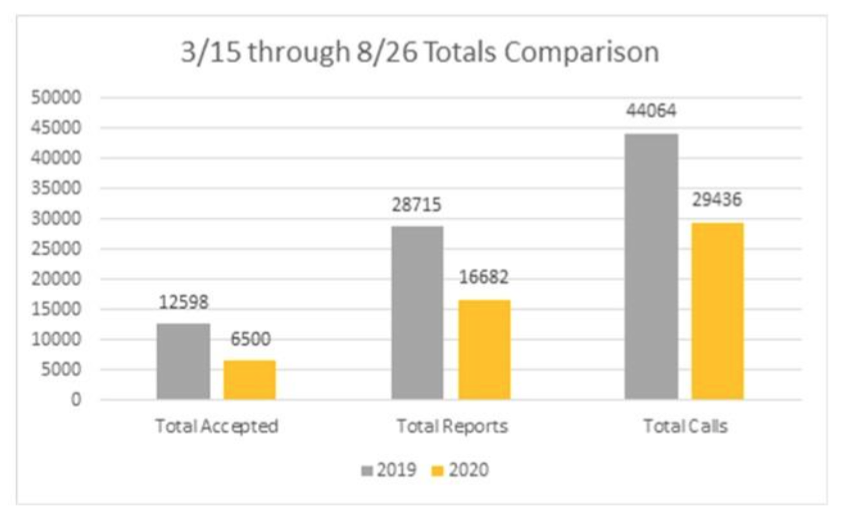 For the children who were in state custody during this time, in-person social worker visits were only conducted if there was an urgent need to do so. However, in recent months as the state’s COVID infection rate improved, in-person visits to those suspected of abusing or neglecting a child have picked up pace. In April, only 25% of these in-person visits were conducted, compared to 40% in July.

DCF Commissioner Vannessa Dorantes said Wednesday the pandemic has forced the agency to do what is best to protect its staff and children. 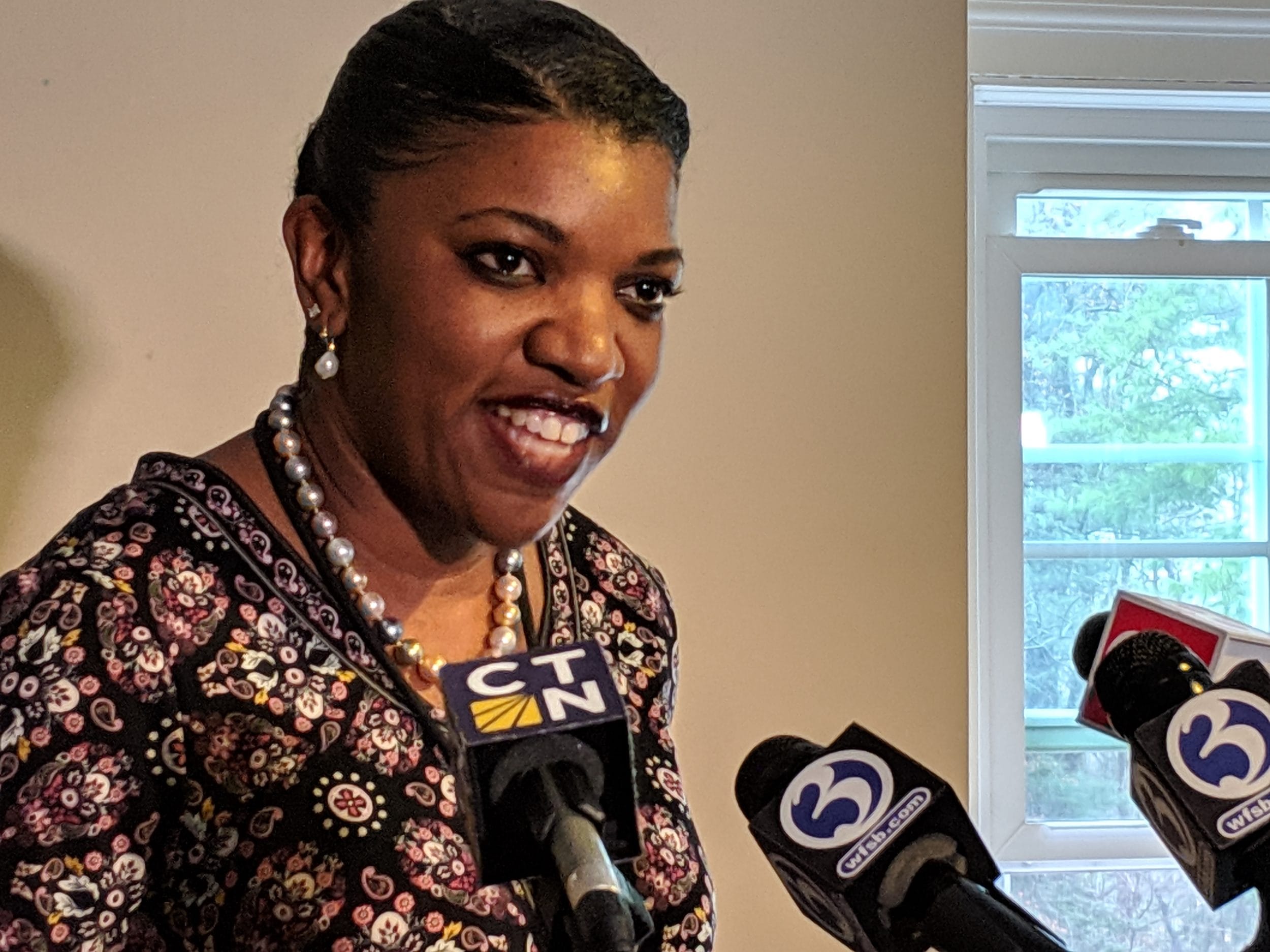 “The social distancing recommendations … resulted in difficult decisions regarding social worker visitation with families as well as access for biological families to visit with their children in foster care. In-person visits were disrupted but technology issues were addressed to provide for visual visits,” she said.

Asked whether she would like to see the courts opened more quickly, the commissioner said, “We have had standing meetings with the Judicial Branch, Public Defender’s Office and the Office of the Attorney General regarding navigating the pandemic and associated challenges.”

Come January, 30 years will have passed since the state’s child protection agency was placed under federal court oversight.

Wednesday’s report highlighted just how far the agency has come in reconnecting families and supporting children who are not able to return home.

“Significant progress has been made,” Mancuso wrote.

For example, for the first time, the state has been “pre-certified” by completing at least 85% of its investigations within 45 days.

“This milestone is yet another example of the progress being made at the Department of Children and Families under Commissioner Dorantes. Under her leadership, she has charted a clear and positive direction for this agency which will benefit all residents,” Gov. Ned Lamont said in a press release.

Getting children and their parents connected and into treatment, therapy, or other necessary services remains a challenge. While Mancuso notes the agency’s wait lists have shrunk, gaps remain.

“As we have noted consistently in previous status reports .. services are not readily available in all areas of the state consistently. This has improved in recent quarters given the budget support that allowed the Department to address some waitlist service issues and the ongoing efforts to improve service coordination within the agency,” he wrote.