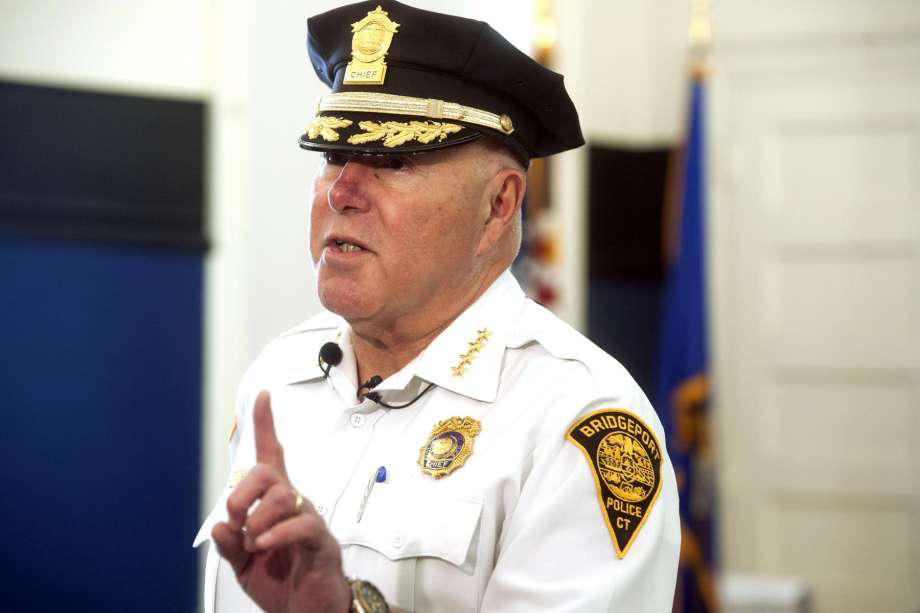 The U.S. Attorney’s Office for the Southern District of New York and the FBI announced in a press release that Chief Armando Perez and David Dunn defrauded “the City by rigging the 2018 police chief examination…to ensure Perez would be selected for the position.”

Specifically, regarding the exam process, federal officials say Dunn stole confidential exam questions and emailed them to Perez, had a consultant tailor the exam scoring criteria to favor Perez, and tried to influence a panelist charged with ranking candidates. As for Perez, he allegedly enlisted Bridgeport officers to write his written exam. Perez got the job, the officials say, nabbing him a five-year contract and a $300,000 payout for accrued leave.

“As alleged, Chief Perez and Personnel Director Dunn schemed to rig the purportedly impartial and objective search for a permanent police chief to ensure the position was awarded to Perez, and then repeatedly lied to federal agents in order to conceal their conduct,” Acting U.S. Attorney Audrey Strassu said in a statement.  “Bridgeport’s citizens and police officers deserve leaders with integrity who are committed to enforcing, not breaking, the law, and we thank the FBI for their partnership in investigating and uncovering the scheme alleged.”

Perez serves in the administration of Bridgeport Mayor Joe Ganim, who was not named in the complaint or the press release. But he is no stranger to federal law enforcement. Ganim served several years in federal prison after being convicted on corruption charges. He was later reelected in 2015.

In a video on his Facebook page, Ganim said he and other city officials only learned about the charges Thursday morning.

“Certainly there is a grappling for some of the answers as to what has happened, disappointment, uncertainty,” he said. “But I can tell you this, that the members of this administration remain committed to you as residents of this city. As I say with this new appointment of assistant chief, now chief Rebecca Garcia, committed to public safety as a top priority.”

David Sundberg, the FBI’s Special Agent-in-Charge, said that the betrayal of public trust by public servants is unethical and, often, illegal.

“We recognize these arrests are not a reflection on the Bridgeport Police Department as a whole, but it is our responsibility to root out injustice and corruption by any and all elected and appointed officials entrusted to protect and serve with honor,” Sundberg said.

“These allegations are extremely troubling and, unfortunately, the latest in a string of incidents that have undermined public confidence in the leadership of our police department,” they said. “We appreciate and support the hard work of the rank and file officers who patrol our city every day. However, it has become abundantly clear that change is needed at the top to bring about real accountability and transparency in policing the City of Bridgeport.”

State Sen. Marilyn Moore said she was not surprised by the arrests.

“I stated just about a year ago that if I were mayor I would fire Perez for not doing his job and received criticism from various members of the community who supported him because he’s a nice guy. It’s not about being a nice guy, it’s about integrity, trust, protecting and serving the residents of Bridgeport,” Moore said in a statement. “He did not demonstrate the skills or knowledge necessary to serve as police chief.  Nonetheless, the Mayor approved his appointment.  This is a betrayal of the public trust and there are no doubt more than Dunn and Perez involved. Bridgeport deserves better. The chickens have come home to roost.”