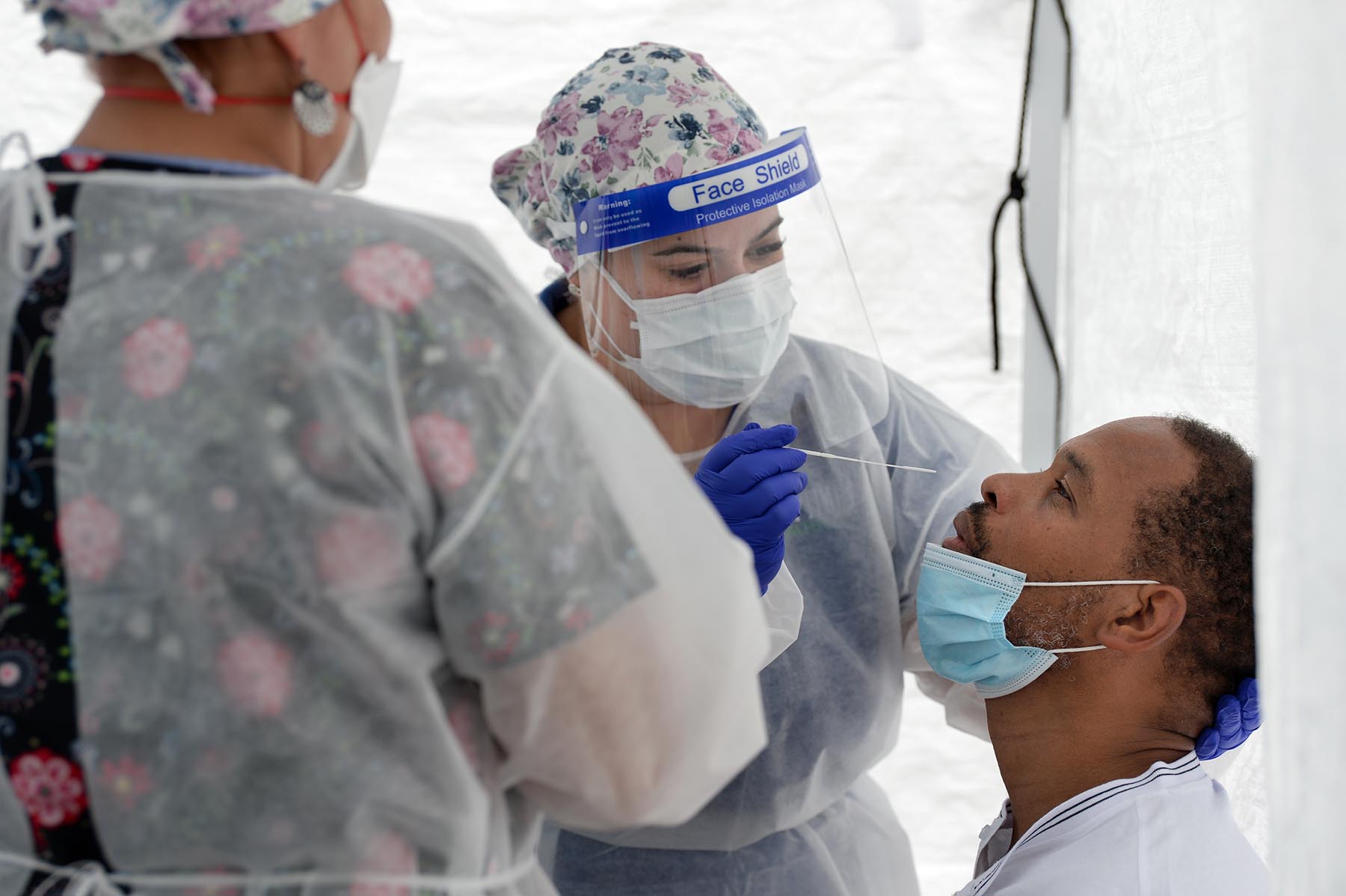 The Rev. Leroy Perry Jr. rolled up his sleeve and received a dose of Pfizer’s experimental COVID-19 vaccine as part of his effort to urge parishioners and others, especially those in the Black community, to participate in the pharmaceutical’s final clinical trial.

Perry, the pastor of  Branford’s St. Stephens AME Zion church, said he has been preaching the importance that minorities, who are disproportionately hurt by the coronavirus, participate in vaccine trials. He said he tells people willing to listen that the vaccine is safe, having gone through two previous trials, and that medical personnel will screen and monitor each participant. And he is sure to mention that the vaccine does not contain any form of the virus, and instead uses messenger RNA to produce viral proteins and antibodies that Pfizer hopes will protect from the coronavirus.

“If you can enlighten people and educate people, that really helps,” Perry said. “I also made sure I took the vaccine.” 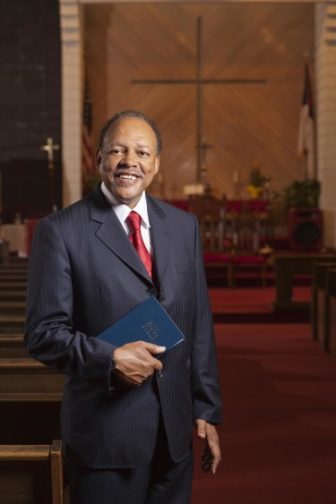 Perry has a tough job.

While Blacks and Latinos are hardest hit by the coronavirus, drawing them into the leading clinical trials for a COVID-19 vaccine has been a heavy lift, largely because of distrust of the U.S. health care system and racial divisions.

A Pew Research Center survey found that Black adults are more hesitant than Latinos or non-Hispanic whites to trust medical scientists, embrace the use of experimental medical treatments or sign up for a potential vaccine.

Perry said there’s a reason for that. He cited two instances in which the Black community was not well served by medical science.

One is the so-called Tuskegee trial. From 1932 through 1972, the U.S.  Public Health Service conducted a study of the effects of untreated syphilis in Black men in Macon County, Ala. Participants  were offered free medical care and burials, but not penicillin, which became the recommended drug for treatment of syphilis in the 1940s. The study’s methods have become synonymous with exploitation and mistreatment of Blacks by the medical profession.

Then there’s the Henrietta Lacks case. Lacks was a Black cancer patient at Baltimore’s Johns Hopkins Hospital in 1951 whose cells from a biopsy did not immediately die, like those of other cancer patients. Instead, Lacks’ cells doubled every 24 hours. Without telling Lacks or her family, those cells were used for decades to study the effects of toxins, drugs, hormones and viruses on the growth of cancer cells and played a crucial role in the development of the polio vaccine.

Days after receiving the vaccine, Perry said he spoke to a number of people after his Sunday service, telling them step-by-step how he received the dose and urging them to follow  suit.

“I answered all the questions,” he said. “If community leaders aren’t talking about (the vaccine) then there’s going to be a suspicion. We all know someone who has died and we’ve got to take charge of our health and come up with a solution.”

The Centers for Disease Control and Prevention  has determined that Latinos and non-Hispanic Black individuals are hospitalized for COVID-19 at a rate that is 4.7 times higher than the rate of non-Hispanic white people. 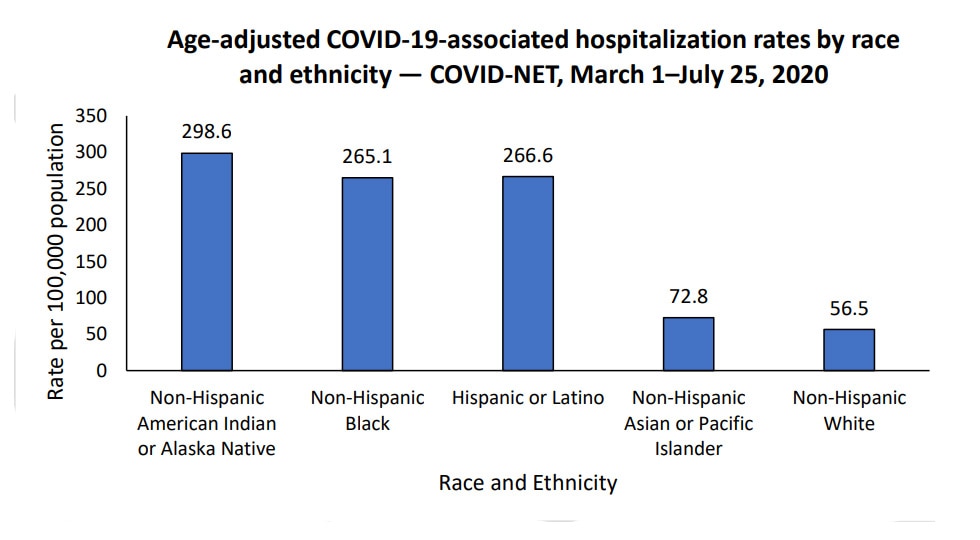 Yet the nation’s Latinos and Blacks have been persistently underrepresented in clinical trials for conditions that affect them disproportionately. For instance, a May study by the Journal of the American Heart Association showed Black people accounted for only 4% of the participants in trials of cardiovascular and diabetes medications approved by the Food and Drug administration from 2008 to 2017, and Latinos accounted for 11%.

Gov. Ned Lamont has urged minority communities to shake off their concerns about the vaccine, saying he will reach out to churches like Perry’s that serve minorities to help “give people confidence” in testing and immunizations.

Perry is a “cultural ambassador” for Yale School of Medicine’s effort to recruit minority candidates for the clinical trial it is conducting for Pfizer, one of 39 such trials in the United States and 120 around the globe aimed at enlisting 30,000 participants in the pharmaceutical company’s final COVID-19 vaccine trial.

Perry said he’s recruited a dozen people for the trial, and plans to keep trying to persuade others.

Of the 160 people Yale New Haven Health has recruited for the Pfizer study, 81 identify as white; 53 are unknown, other, multi or biracial; 15 said they are Hispanic; and 11 are Black or African American. Dr. Onyema Ogbuagu, associate professor of medicine and principal investigator of the Pfizer trial at Yale,  said racial  and ethnic minority participation is expected to increase with greater involvement of cultural ambassadors like Perry.

Of all the trial participants Pfizer has enrolled worldwide, 11% are Latino and 8% are Black.

Moderna, in a race with Pfizer to produce the first FDA-approved vaccine to put on the market, says 16% of its trial participants are Hispanic and 10% are Black.

According to the U.S. Census Bureau, about 18.5% of the nation’s population is Hispanic and 13.4% is Black.

There’s no evidence the vaccine would work differently on minorities, or produce different side effects on whites and non-whites. But there is still much that’s unknown about the coronavirus. 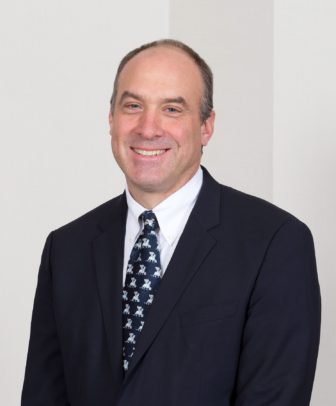 Dr. Thomas J. Balcezak, Chief Clinical Officer at Yale New Haven Health, said there’s  a premium on diversity of trial participants because “we want to make sure [the vaccine] works for all people.”

Balcezak said Yale New Haven Health “has had a relationship” with Pfizer, which has a major research center in Groton, for a long time, having conducted clinical trials on other Pfizer drugs. He said YNHH will continue to enroll people in the COVID-19 trial as long as Pfizer continues to provide doses.

“They are really operating at warp speed,” Balcezak said. He said the fastest vaccine in history was the one developed to combat mumps, and that took four years.

“They’ve only known of the genetic makeup of this virus since January,” Balcezak said.

Johnson & Johnson, which hopes to begin its final COVID-19 trial this month, said it’s also seeking diversity as it recruits 60,000 people for that trial.

“As we design and implement our COVID-19 Phase 3 trial program, we will aim to achieve representation of populations that have been disproportionately impacted by the pandemic,” the company said in a statement. “In the United States, this would include significant representation of Black and Hispanic/Latinx participants and adults over 65 years of age.”

A push for diversity in COVID-19 vaccine trials came from government scientists who appeared before a Senate hearing in July to answer questions about the Trump administration’s Operation Warp Speed vaccine effort.

“The last thing we want is to be trying to recommend who gets the vaccine and we don’t have any data on how the vaccine works in the population” that needs it most, said Centers for Disease Control and Prevention Director Robert Redfield.