Has Connecticut safely reopened its schools? The state and its teachers disagree 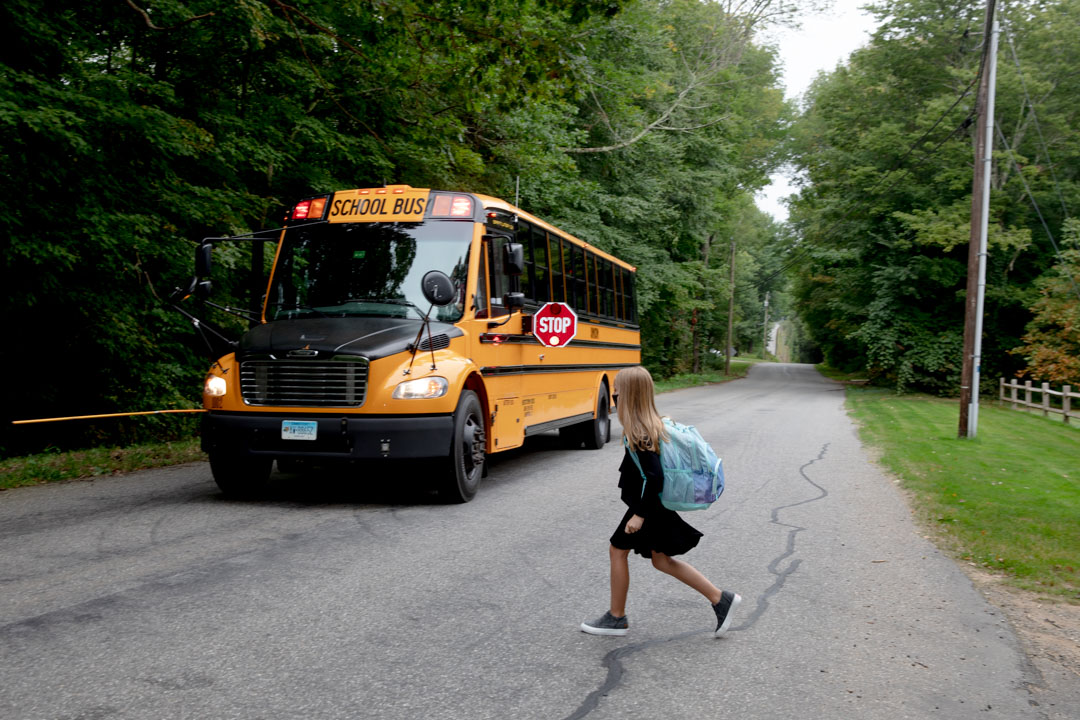 Allison McCusker, 9, of Union, walks to the school bus.

In the long debate over Connecticut schools reopening this fall, Gov. Ned Lamont and public school employee unions have been on opposite sides.

Lamont has remained committed to in-person schooling while declining to mandate it, putting decision-making responsibility onto local districts. Unions say that in-person learning during COVID-19 is dangerous to Connecticut residents.

“While we understand each school district is unique, the state must provide specific protocols that districts must follow when someone tests positive for the virus, including providing detailed information to parents and teachers,” Connecticut Education Association President Jeff Leake said. “Without state mandates, transparency, and open communication, districts are jeopardizing the health and safety of entire school communities.”

Though normally an ally of the Democratic governor, the unions don’t hesitate to push back over policy differences. Those differences continued Wednesday as state education department spokesman Peter Yazbak said in response to the unions that, actually, the reopening is going great.

“The strategies in place are working,” he said. “Unfortunately that success is not being reported nearly as much.”

These strategies break down how districts can respond if students and staff in schools have COVID-19 symptoms, been exposed to someone infected or have tested positive for the virus. One example of the state’s guidance says that if a student has COVID-19 symptoms and has been in close contact with someone diagnosed, they should keep their mask on, be assessed by a school nurse and remain in an isolation room with adult supervision until they can be picked up to go home.

But the guidance isn’t mandatory, so the 32 positive cases detected as of Tuesday among 630,000 students and educators in schools have been dealt with in many different ways, creating an inconsistent reopening narrative. Additionally, centralized COVID data for schools isn’t readily available to the public, though Max Reiss, the governor’s spokesman, said they are working to set up a dashboard to help demonstrate how rare positive cases have been.

While that gets set up, the state has been collecting the information in a hodgepodge fashion — superintendents were instructed to send any updates regarding positive cases and learning plans to a central email through the Department of Education.