Himes helped establish the New Dems, but some have split with him over Pelosi’s role in stimulus talks 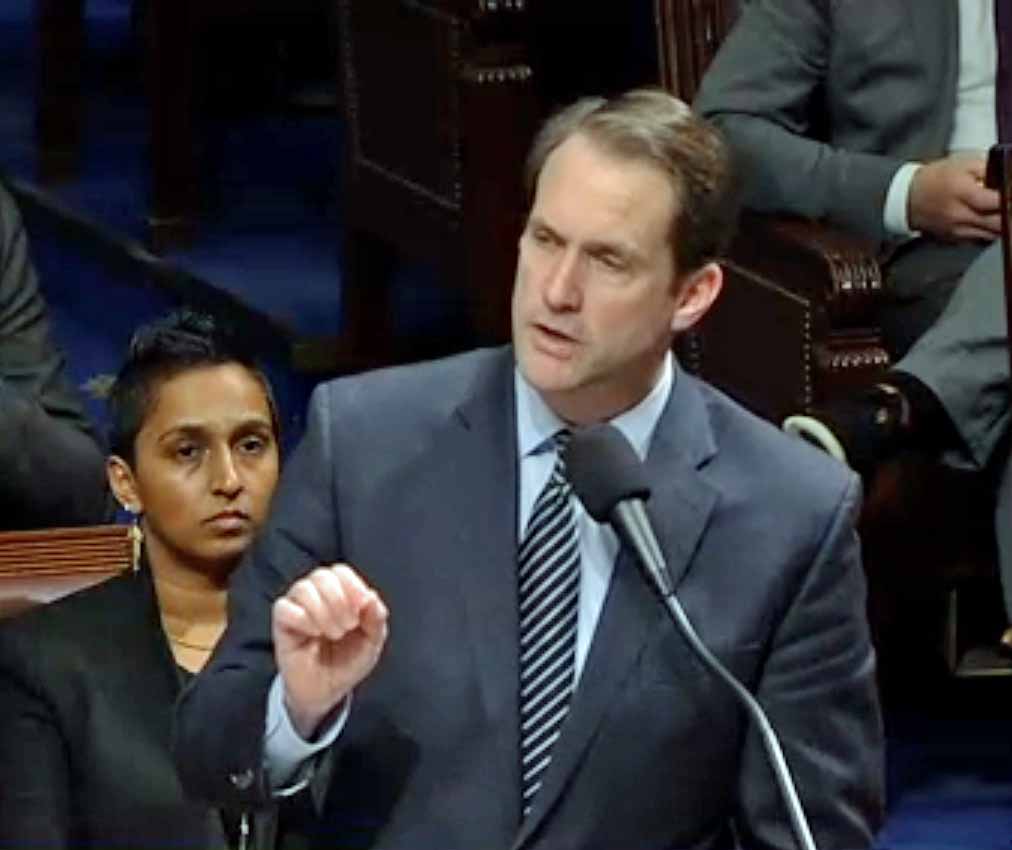 Washington – House Speaker Nancy Pelosi faces a backlash over inaction on a new stimulus package from some of Rep. Jim Himes’s fellow New Democrats. But the Connecticut lawmaker is backing his leader’s stance that at least $2.2 trillion is needed for new assistance to individuals, businesses, schools and state and local governments.

“She’s indicated flexibility, Republicans have not,” said Himes, D-4th District. “I think she’s gone out of her way to get a deal.”

As the U.S.House returned from its summer break this week, there’s some optimism that a long-stalled stimulus bill could be approved by Congress before lawmakers  leave town again in early October.

But President Donald Trump welcomed the Problem Solver’s compromise, while stopping short of endorsing the plan, which would give most Americans another round of $1,200 stimulus checks and resume federal unemployment benefits at $450 a week. The proposal would also provide $500 billion in new aid to state and local governments, but bar spending any of that money on pensions

“I agree with a lot of it. I think the things I don’t agree we can probably negotiate,” Trump said. “But I think we’ve made some progress over the last week, and I think it was positive that they came out with that report.” Trump also stunned Senate Republicans by urging them to seek “much higher” levels of funding in the next emergency package.

“Go for the much higher numbers, Republicans, it all comes back to the USA anyway (one way or another!),” Trump tweeted.

Himes said this week’s developments have made him “cautiously optimistic” that a new relief package can be approved before November’s elections.

Himes is the chair emeritus of the New Democrat Coalition, a group of about 100 House Democrats he helped establish that says it is “committed to pro-economic growth, pro-innovation, and fiscally responsible policies.”

In closed-door caucus meetings, some of those New Dems pressed Pelosi to try harder to find common ground with Republicans on a stimulus package. They have begged party leaders to go back to the negotiating table and strike a deal with the White House or pass a smaller package that would be more palatable to Senate Republicans.

During a caucus call last week, Rep. Derek Kilmer, D-Wash.,  head of the New Democrats, stressed the urgency of reaching an agreement to empower members when they return home ahead of the elections. Pelosi responded by warning House Democrats not to be “a cheap date.”

Himes said he doesn’t disagree with where fellow New Dems like Kilmer “are coming from.”

He said Democratic concerns over Pelosi’s failure to reach a deal have been voiced largely by the party’s “most vulnerable members,” those representing swing districts who have been targeted by the GOP.

Himes is not in that group, facing likely re-election. But he said all congressional incumbents – both Democrats and Republicans — will feel the heat if Congress does not act on a relief bill.

“They’ll just say ‘a pox on both your houses,’” Himes said.

As far as the Problem Solvers compromise, Himes said “it is not ridiculous,” he said. “But I’m not saying I love everything about it.”

Meanwhile, Pelosi said Thursday that she’s hopeful the parties will reach an agreement on the next round of coronavirus relief but suggested Democrats aren’t prepared to accept anything less than her last offer — $2.2 trillion.

“When we go into a negotiation, it’s about the allocation of the resources,” she told reporters in the Capitol. “But it’s hard to see how we can go any lower when you only have greater needs.”

To Himes, Pelosi has already proposed to cut about $1 trillion from a $3.2 trillion House-passed relief bill called the HEROES Act and has negotiated in good faith. It is Senate Majority Leader Mitch McConnell, R-Ky. who has prevented progress in negotiations, even as the pandemic continues to upend American life and the nation’s economy, Himes said.

“I know Pelosi wants to do a deal,” he said.