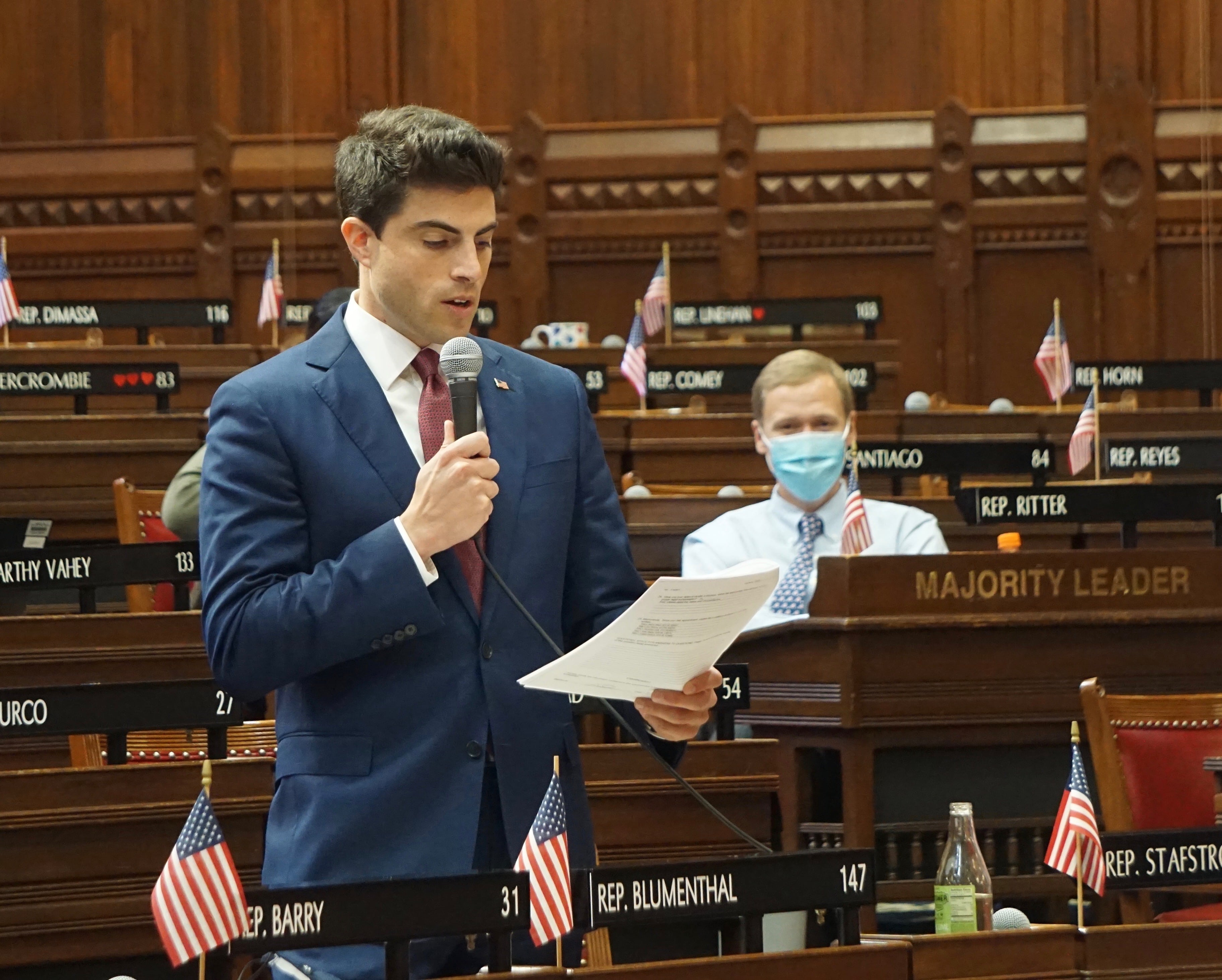 Rep. Matt Blumenthal, D-Stamford, a vice chair of the Judiciary Committee brings out the nominations of four jurists. At right is House Majority Leader Matt Ritter, whose mother was among them. He did not vote on her confirmation.

The state House of Representatives voted unanimously and without debate Wednesday to confirm the nominations of Christine E. Keller to the Supreme Court and Joan K. Alexander, José A. Suarez and Melanie L. Cradle to the Appellate Court.

All four have been serving on an interim basis since a preliminary confirmation votes by the legislature’s Judiciary Committee, as is common when judicial nominations are made when the legislature is not in session. Gov. Ned Lamont made the nominations in July.

Keller, 67, of Hartford, is one of the state’s longest-serving judges and the mother of House Majority Leader Matt Ritter, D-Hartford. Ritter did not vote on the nomination, though ethics rules did not require his recusal. 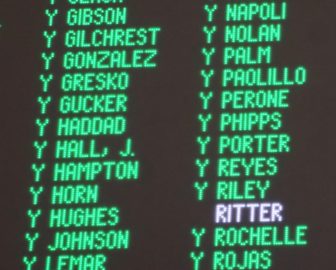 House Majority Leader Matt Ritter did not vote on his mother’s confirmation to the Supreme Court.

She succeeds Justice Richard N. Palmer, who reached the mandatory retirement age of 70 in May. Both were appointed to the bench in 1993 by Gov. Lowell P. Weicker Jr., Palmer to the Supreme Court and Keller to Superior Court.

Gov. Dannel P. Malloy nominated her to the Appellate Court seven years ago.

The Appellate Court vacancies were created by the elevation of Keller and two retirements: Judge Robert Devlin turned 70 in April, and Chief Appellate Judge Alexandra DiPentima is taking senior status on July 31.

The three new Appellate judges all have experience as trial judges on the Superior Court.

Alexander, 58, of Cromwell and Cradle, 49, of Durham are former prosecutors who have presided over criminal courts as judges. Suarez, 54, of Chester is a former assistant attorney general who handled complex environmental litigation for the Attorney General’s office and has presided over family court as a judge.

The Senate is expected to vote on the confirmations by week’s end. The General Assembly is in special session.