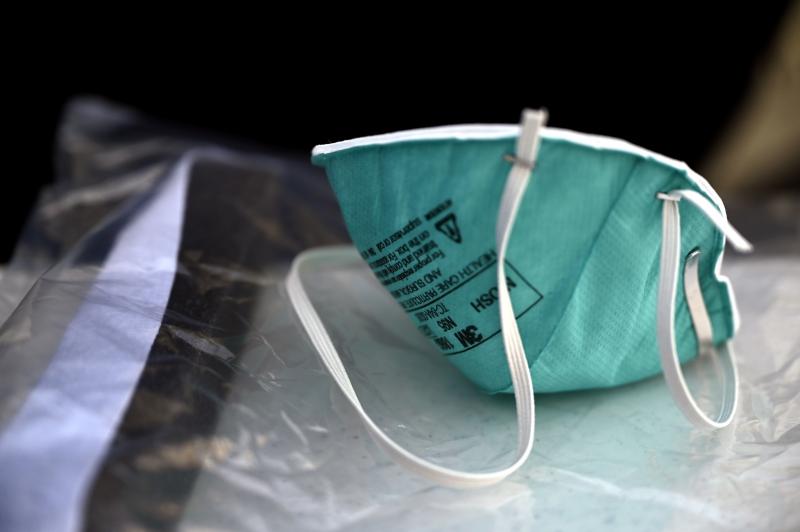 Hartford HealthCare was cited by the federal government for safety violations at Natchaug Hospital that included a failure to provide adequate personal protective equipment like the N95 mask shown here.

Hartford HealthCare said this week it is challenging thousands of dollars in federal fines for alleged safety violations at Natchaug Hospital in Mansfield.

The announcement, which was made Tuesday, follows an investigation by the Occupational Safety and Health Administration, which cited the psychiatric facility for its record-keeping practices and supplies of personal protective equipment during the COVID-19 pandemic.

In a citation issued last month, OSHA officials said management at Natchaug failed to properly log several work-related cases of COVID-19 and that workers were not given “appropriate” face masks even though they were asked to care for suspected COVID-positive patients.

OSHA announced it planned to fine Natchaug more than $13,000 for the alleged violations, two of which the agency described as “serious.”

But on Tuesday, Hartford HealthCare Chief Clinical Officer Ajay Kumar said his network continued to dispute OSHA’s assessment and that it was formally challenging the fines.

“We don’t entirely agree with OSHA’s finding,” Kumar said. “We’ve appealed – we’ve submitted a letter of our explanation, so we’ll see where it goes at this time.”

A spokesperson for OSHA said the agency “received a letter of contest from the company’s attorney on Friday,” but its contents were not immediately provided by OSHA or Hartford HealthCare.

OSHA’s original citation, dated Sept. 8, does provide a window into some of the alleged violations at Natchaug.

Federal officials cited the hospital for a failure to document what OSHA characterized as eight “work-related” cases of COVID-19.

The citation also said employees who provided direct care to a suspected COVID-19 patient in April “were not provided adequate respiratory protection and were potentially exposed to SARS-CoV-2 virus.”

“Appropriate respiratory protection is an N95 filtering facepiece,” the citation said. “The employees were required to be within six feet of the patient to perform tasks such as obtaining vital signs and providing personal care. The patient was not wearing a mask.”

Investigators called attention to a similar incident in the hospital’s adolescent unit in mid-May.

“PPE is — and has been — available to staff and patients 100 percent of the time,” said Patricia Rehmer, president of Hartford HealthCare’s Behavioral Health Network. “I need to be clear that any statement to the contrary is inaccurate.”

But workers presented a different view.

“We were very discouraged from obtaining a mask from Hartford HealthCare. They encouraged you to bring your own,” said Heather Hawes, a mental health worker at Natchaug. “If and when you did need to obtain one from management, they would tell you to get a paper bag and to reuse it as long as possible.”

HHC’s Rehmer said “staff may request replacement PPE from their manager at any time. If anyone has specific concerns about access to PPE, they should absolutely let their manager know.”

Since the OSHA citation was issued, Hawes said face masks and face shields have been given to mental health workers. But she said Hartford HealthCare still has not provided nurses and mental health workers with N95 masks that are correctly “fitted” to each user to ensure the mask is snug to the face and has no leaks or gaps.

Meanwhile, she said employees are working in a confined indoor environment where patient compliance with COVID-19 safety protocols can sometimes be a challenge.

“Social distancing is not really an option. The majority of patients refuse to wear masks, which we cannot make them,” Hawes said.

Hartford HealthCare declined to specify if all nurses and mental health care workers at Natchaug had been given “fitted” N95 masks. Instead, the company reiterated a statement from last month noting, Natchaug “fully implemented a respiratory protection program, in accordance to CDC and OSHA guidelines.”

Lauren Shirshac, a mental health worker at Natchuag who treats children and adolescents displaying behavior and suicidal issues, said she has seen incidents between patients and staff escalate during the pandemic.

“Kids really want to make friends and they really want to be next to each other,” Shirshac said. “A lot of the kids that come in have sensory issues, so wearing a mask is difficult for them in general. Behavioral situations happen all the time because of masks.”

Hawes and Shirshac are both members of employee union SEIU 1199, which represents about 170 workers at Natchaug.

Kumar said Tuesday that protocols across Hartford HealthCare evolved during the pandemic and that Natchaug is now testing all patients admitted into the network’s behavioral health unit.

Eastern Connecticut was largely spared the initial brunt of COVID-19’s impact, but cases in that part of the state have been surging in recent days. Several workers at Natchaug said they have been infected with the virus while working, including Jennifer Pratt, a registered nurse at Natchaug Hospital’s psychiatric inpatient unit.

“The federal workplace safety agency’s citations were an opportunity for Natchaug management and Hartford HealthCare executives to do the right thing,” Pratt said. “They shouldn’t attempt to rationalize why they allowed their caregivers to be exposed to the deadly virus. They should instead take the necessary steps to protect us now, especially as cases in Eastern Connecticut tick upward.”

The citation will now go before an administrative law judge at the Occupational Safety and Health Review Commission, an independent agency separate from the Department of Labor.