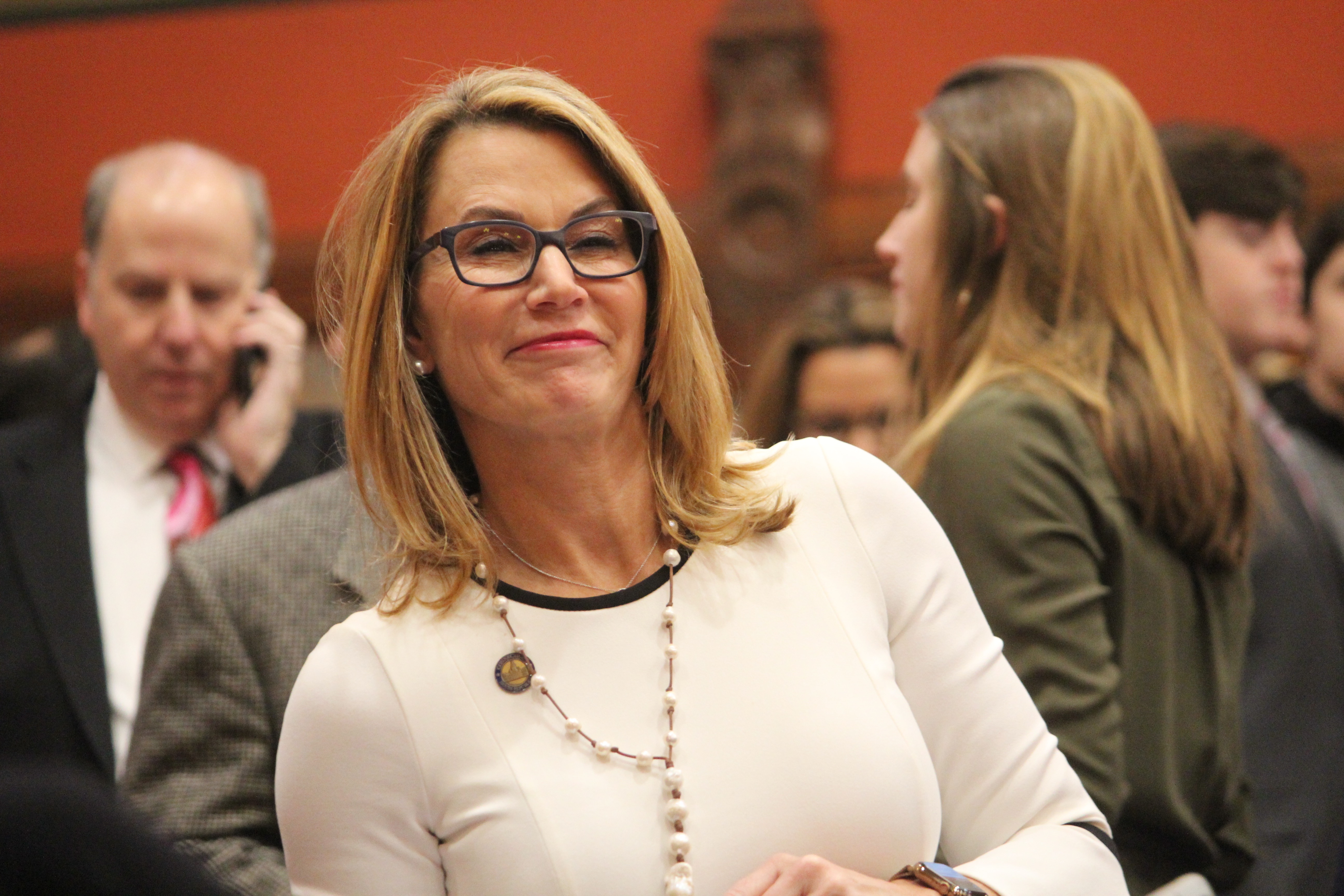 House Minority Leader Themis Klarides, R-Derby, has underscored her intention to remain politically active after leaving the General Assembly in January by forming a political action committee she says will fight one-party rule by Democrats in Connecticut.

Fight for Connecticut, a federally registered PAC that cannot directly support candidates for state office, made its first financial filing this week with a report showing it raised $70,000 — nearly all of it from a baker’s dozen of well-to-do donors who each gave $5,000.

Under campaign finance laws, a federal PAC offers the most flexible way to raise and spend money for general party-building activities, while limiting direct candidate contributions to federal campaigns.

“While I decided to retire from the legislature, I made it abundantly clear that I wasn’t going very far,” Klarides said in a press statement Friday.

Liz Kurantowicz, a Republican consultant who advised the House GOP caucus in the 2018 campaign cycle and has managed major independent-expenditure campaigns in Connecticut, is the PAC’s designated agent.

Klarides’ name appears nowhere on the organization papers filed in July with the Federal Election Commission, but the press release announcing its formation was issued in Klarides’ name and identifies her as the PAC’s honorary chair. Klarides is a potential gubernatorial candidate in 2022.

“Serving as Honorary Chair of the Fight for Connecticut PAC is a way for me to try and get people thinking about a brighter future for Connecticut, and I believe that starts with accountable government,” Klarides said in the statement. “I’ve seen first hand accountability doesn’t happen with one Party in charge of everything.”

“The goal was to get a sense for issues top of mind, what are the priorities for Connecticut voters right now, and how can we be part of that conversation in a meaningful way,” Kurantowicz said in an interview.

The initial filing was for the reporting period that ended Sept. 30. The PAC intends to support two Republican congressional candidates with maximum contributions of $5,000 to Margaret Streicker in the 3rd District and David X. Sullivan in the 5th District, Kurantowicz said.

Initial donors to the PAC who made the maximum allowable contribution of $5,000 included Linda McMahon, the Greenwich businesswoman and two-time nominee for U.S. Senate who now runs a super PAC supporting the re-election of President Donald J. Trump.