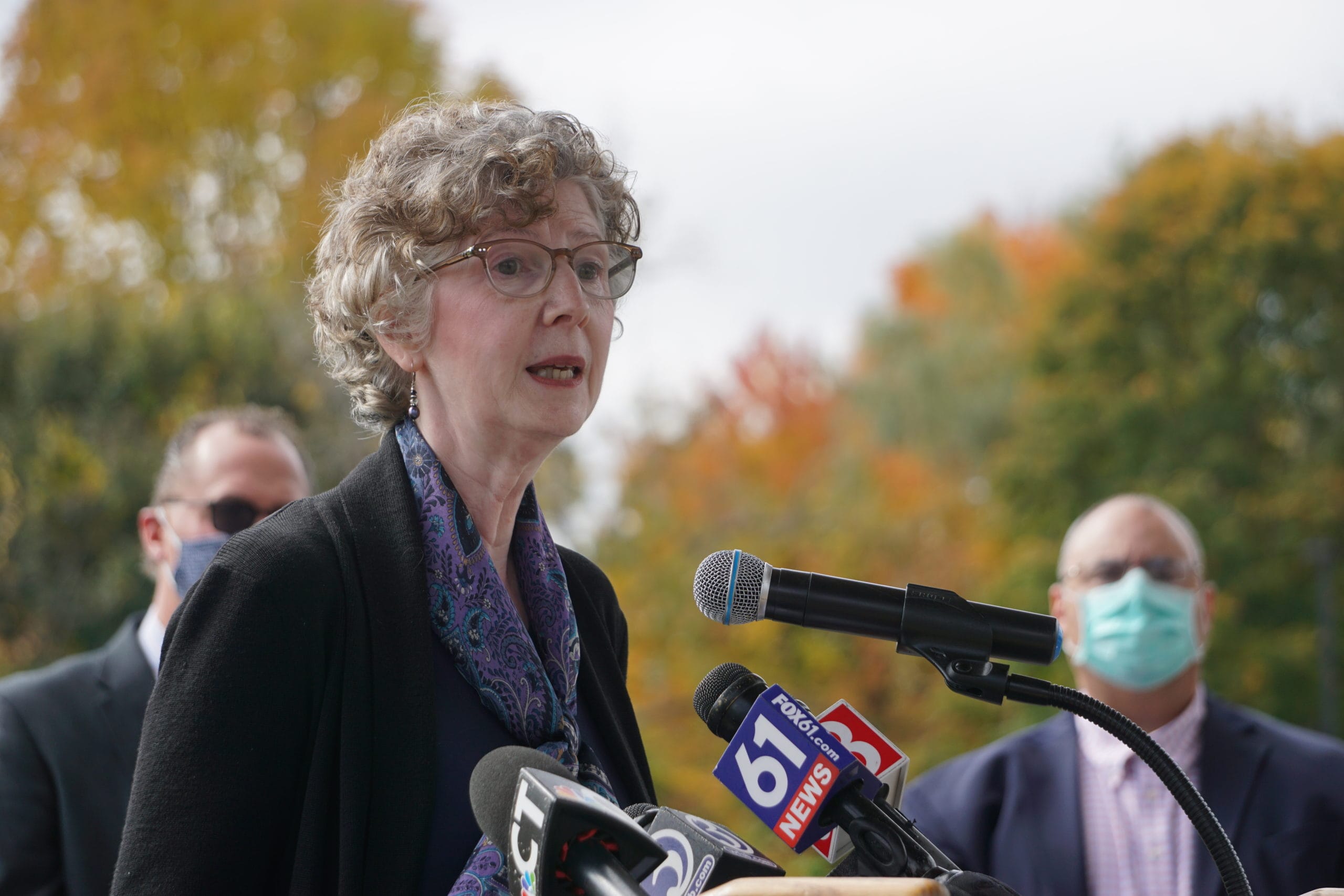 Manchester — Nothing like a pandemic to get Connecticut’s underfunded local and regional health districts an influx of cash.

Gov. Ned Lamont and Dr. Deidre Gifford, his acting commissioner of public health, stood in an open-air pavilion in a park here Wednesday to announce the distributions of the first 21 grants from $20 million in federal funds to local health districts to combat COVID-19.

Gifford said eventually all 65 districts will get three-year grants to increase testing, contact tracing and community outreach, providing a revenue stream sufficient to increase local staffing. The grants are based on poverty levels and other metrics of need.

But the largesse underscores a longstanding complaint of local health directors: The state has chronically failed to meet a statutory commitment of paying $1.85 per capita in public health funding to every community of more than 50,000 people or to regional health districts with at least three communities.

Lamont was non-committal when asked if the per-capita commitment would be fully funded in the next budget.

“I think that’s something we have to look at, isn’t it?” Lamont said. Asked if it was under discussion, he replied, “Let’s put it this way: It’s a lot higher on my radar screen than it was eight weeks ago.”

Lamont acknowledged that the work of local health districts drew little attention until the arrival of a coronavirus blamed for 4,559 deaths and nearly 65,000 infections in Connecticut. The state is currently battling a surge of new cases, part of a national trend. The daily positive testing rate was 2.6%, down from 3% the previous day.

“We are working on the per capita funding, but this is a great funding source that’s going to allow us to do our jobs during COVID,” said Jeffrey Catlett, Manchester’s health director and the president of the Connecticut Association of Directors of Health.

The roll out of a new statewide digital reporting system did not go smoothly in the early weeks, in the view of some local officials. But Catlett said the current working relationship with the state Department of Public Health is effective.

Local departments take the lead in contact tracing, with the state providing backup. Gifford said the state is hiring another 105 contact tracers.

Manchester will be getting $127,278 a year for the next three years.

The federal money is being provided under the terms of the U.S. Centers for Disease Control and Prevention’s cooperative agreement with Connecticut for COVID testing and tracing.