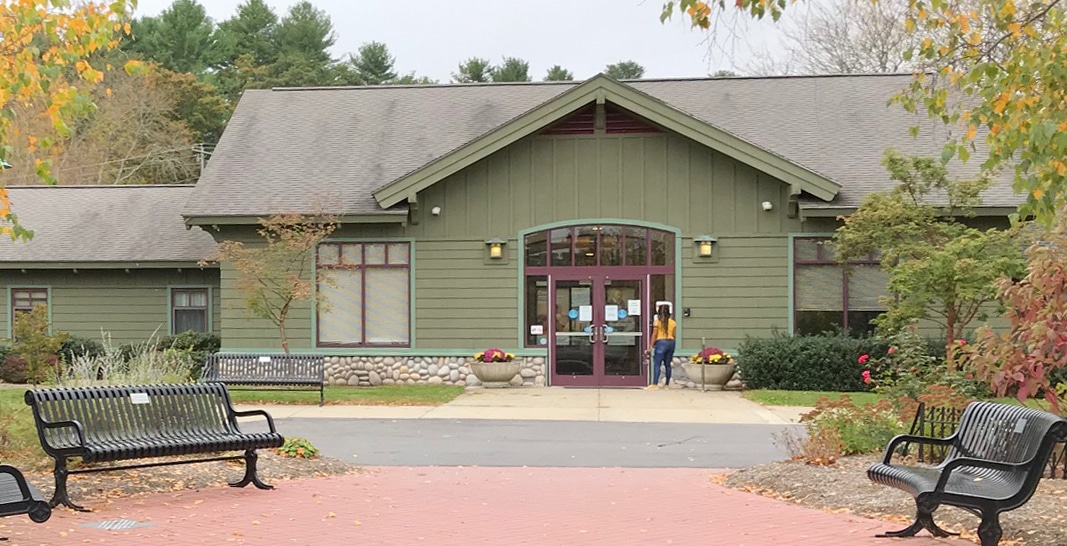 Natchaug Hospital in Mansfield is one of only two Connecticut facilities fined for COVID-related federal workplace violations.

Since the coronavirus pandemic began its sweep of the state in March, hundreds of Connecticut workers filed COVID-related complaints with the federal agency tasked with policing health and safety laws.

But so far, only two Connecticut companies have been penalized for COVID-related negligence.

Fewer than 1% of complaints in Connecticut resulted in penalties — not much different from the rate of penalties-to-complaints nationwide, which is also below 1%.

The underlying problem, experts and legislators say, is that the Occupational Health and Safety Administration hasn’t provided emergency standards to employers for how they should be handling the COVID-19 crisis, instead offering only guidelines with which employers do not have to comply.

So while complaints have piled up, especially regarding COVID-19, there aren’t clear rules to enforce — or violations to penalize.

The complaints came from a wide range of businesses that included health care facilities, restaurants, retail stores and even some of the state’s largest manufacturers, Pratt & Whitney, Electric Boat and Sikorsky.

When a complaint is filed with OSHA, the agency determines whether it meets the criteria for an on-site inspection or whether it receives an inquiry, which may take place over the phone or email. Inspections must be wrapped up in six months.

Between February and October 2019, 399 Connecticut employees complained about their work conditions to OSHA, and 39% of those complaints were inspected.

In contrast, OSHA received 684 complaints over the same time period this year and inspected 12% of them. A little more than half of those complaints were related to COVID-19 and 42 were open as of Oct. 11, but only 3% of COVID complaints have resulted in inspections. Guidelines for on-site inspections have evolved over the course of the pandemic.

Connecticut’s OSHA office, which investigates only complaints from state and municipal workers, does not have its own COVID-19 standards, said Juliet Manalan, communications director at the Department of Labor.

OSHA’s failure to address most of the hundreds of Connecticut-based complaints was in no way unique.

Through Oct. 8, OSHA received more than 10,000 employee complaints across the nation related to COVID-19. It cited only 85 establishments, resulting in proposed penalties totaling about $1.2 million.

“The federal agency charged with enforcing workplace health and safety has failed to rise to the occasion,” said James Brudney, a professor of labor and employment law at Fordham University School of Law.

Brudney said that when the agency was created in 1970, it had the authority to issue emergency temporary standards to protect employees against “grave danger from exposure to substances or agents determined to be toxic or physically harmful or from new hazards.” OSHA has issued nine emergency protective standards to address new dangers in the workplace over the years but has not done so for the pandemic.

Instead, OSHA is handling COVID-related complaints under its “general duty clause.” But even by that standard, Brudney said, “the agency’s enforcement record is stunningly inadequate.”

The Department of Labor has also resisted calls from members of Congress and labor unions who have sued to try to force OSHA to adopt an emergency standard, but OSHA pushed back and won in court. Instead of providing employers with COVID-19 safety rules, OSHA has provided “Guidance on Preparing Workplaces for COVID-19” that “creates no new legal obligations” and are voluntary and advisory in nature, Brudney said.

Organized labor and congressional Democrats have also pressed OSHA to develop an enforceable emergency temporary standard that addresses the pandemic.

The massive HEROES Act House Democrats approved in May, and a more recent Democratic House stimulus bill, would have required the agency to develop that standard. But the legislation was never taken up by the GOP-controlled Senate.

“The number of workplace safety complaints filed during the pandemic is alarming, and the refusal of the Trump administration to investigate is emblematic of its priorities,” U.S. Rep. Rosa DeLauro, D-Conn., told the CT Mirror. “I have been clear in my view that OSHA has been working to protect corporate interests rather than vulnerable workers during this pandemic.”

DeLauro also said she led her colleagues in including language in the HEROES Act that requires OSHA to hire additional safety and health officers to ensure workers are protected from the coronavirus. She said she is pressing that any new stimulus bill that makes it through Congress “will include these critical investments and protections.”

A U.S. Department of Labor spokesman said, “OSHA is committed to protecting America’s workers during the pandemic, and OSHA has been working around the clock to that end.”

“OSHA investigates every complaint, whether it is received as a formal complaint, media inquiry or whistleblower complaint,” he said. But in many cases, that investigation is in the form of a phone call or an email.

The Labor Department official also said the Trump administration secured an increase in the OSHA budget last year, allowing the agency to ramp up investigations and enforcement.

Brudney said the most vulnerable workers are those deemed “essential” during the pandemic, especially those who work in six “frontline” sectors that have close and frequent interactions with the public. Those frontline essential employees are grocery, convenience, and drug store workers; healthcare professionals and support personnel; public transit workers; janitors and building cleaners; trucking, warehouse, and postal workers; and child care and social services workers.

Black and Latino workers in these sectors are overrepresented, Brudney said.

“The absence of an overarching federal presence has meant that (these) workers must fend for themselves, usually on an employer-specific basis, to reduce their extraordinary safety and health risks,” he said.

Most of the complaints to OSHA filed by Connecticut workers occurred during the peak of the pandemic in March, April and May and abated as cases dropped and there was greater availability of protective gear. Yet Brudney said they could rise again as infection rates are increasing.

“Although, based on OSHA’s weak record of response and enforcement, workers exposed to genuine risks may seek alternative outlets under state or federal law,” he said.

One Connecticut complaint OSHA did investigate — and one of only two cases in which it issued a penalty— involved a psychiatric and substance abuse facility, Natchaug Hospital, in Mansfield. The hospital, part of the Hartford HealthCare network, was fined $13,494 for requiring employees to treat patients suspected of having COVID-19 without providing the employees with “appropriate” protection in the form of an N95 mask.

Ajay Kumar, Chief Clinical Officer at Hartford HealthCare, the parent company of Natchaug Hospital, said, “While we are disappointed with these findings, our commitment to fighting this global pandemic, containing the spread of the virus and ensuring the safety of our colleagues and communities is unwavering.”

“When they do, they are typically sent to nearby hospitals that specialize in that type of care,” Kumar said.

The only other Connecticut facility that has been fined, so far, is an assisted living facility called The Linden at Woodbridge.

The Linden case was categorized by OSHA as “fatal or catastrophic” because it involved the death of an employee who contracted the coronavirus and died at a local hospital.

Pratt & Whitney, which was not cited by OSHA, said it was notified of a worker complaint in mid-May.

“The company’s self-assessment, work floor redesign to accommodate social distancing and (personal protective equipment) distribution was well established and in place at the time, which we confirmed to OSHA,” the company said in an email. “We have since increased our communications to all essential workers on-site, and continue our work remote program for employees who can, to help reduce the spread of COVID-19. The health and safety of all Pratt & Whitney employees is our priority.”

Electric Boat, which has also not been cited by OSHA, said it received notice of the complaints made by its employees earlier this year.

“We have provided responses to OSHA for each complaint describing the measures we have taken to protect our work force, all of which comply with state and federal public health guidance,” said Electric Boat spokeswoman Elizabeth Power. “The agency accepted our responses and subsequently closed the complaints.”

She also said that “so that we can remain safely open as part of the nation’s critical infrastructure,” Electric Boat requires employees to wear masks while at work, practice social distancing whenever possible and encourages frequent handwashing and/or sanitizing.

“Electric Boat provided COVID testing to all employees during the height of the pandemic earlier this year, and we continue to conduct contact tracing for new cases, including testing of all affected employees. We also conduct testing for all new hires,” Power said.

Electric Boat said it had 59 cases of COVID-19 among its employees from Oct. 1 through Oct. 20.