Margaret Streicker pours $1.15 million into her campaign in the final days of a bitter race against Rosa DeLauro 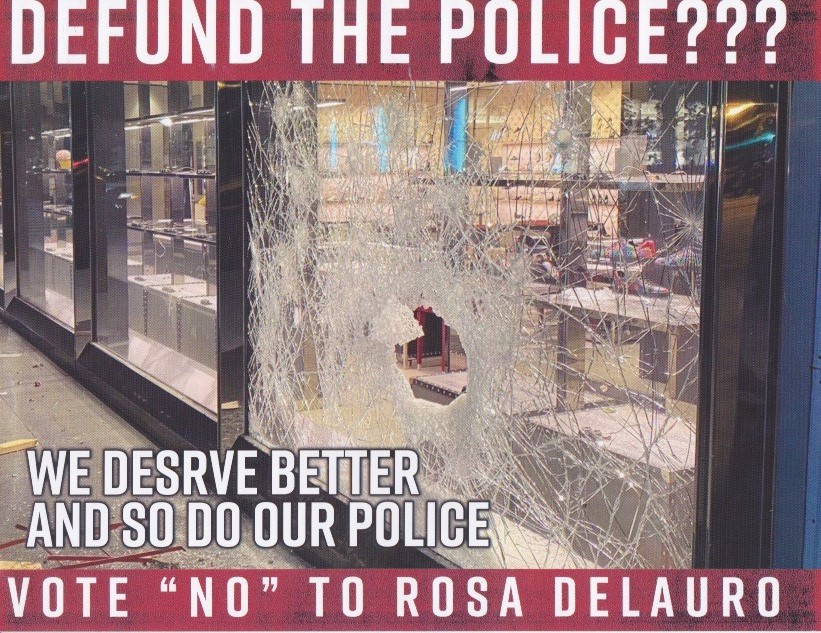 A campaign flyer mailed by Streicker For Congress.

Margaret Streicker, a Republican challenging U.S. Rep. Rosa DeLauro, has poured $1.15 million of her own money into her campaign in the final days of what’s become one of the most contentious races for Congress in recent years in Connecticut.

According to filings with the Federal Election Commission, Streicker, a wealthy real estate developer who lives in Milford, has invested a total of $1.6 million in her effort to unseat DeLauro in the 3rd Congressional District — including $1.15 million since about mid-month.

“As Margaret has said repeatedly throughout the campaign, she views the investment in her campaign as an investment in the future of our country, ensuring our district gets pragmatic, independent leadership,” said Streicker campaign spokesman Connor McGuinness.

Streicker’s campaign spending has put DeLauro, who is favored to win re-election, on the defensive and prompted her political allies to come to her aid.

DeLauro has not faced a tough race since she was first elected to the U.S. House in 1990.

The Democratic lawmaker has had to respond to Streicker’s aggressive and well-financed challenge — which has included blanketing the district with negative ads and mailers — with  ads of her own that stress her work in Congress.

Pushing back against Streicker has largely been left to the Working Families Party and the Democratic State Central Committee, which are running attack ads and mailing out hard-hitting flyers.

“One thing we have learned over the years is that we don’t take anything for granted, and if someone campaigns that strongly against you, you have to make your case,” said Patty McQueen, spokeswoman for the Connecticut Democratic Party. “We are not taking the 3rd Congressional District for granted.”

The Connecticut Democratic Party and the Working Families Party, meanwhile, have attacked Streicker for her real estate dealings. In 2015, Streicker’s company agreed to pay $1.5 million in fines and legal fees – but did not admit guilt — to settle accusations from the New York attorney general’s office that it was offering rent-regulated tenants illegal buyouts.

The Democratic State Central Committee has picked up the theme with a mailer that shows Streicker sitting on a sofa of a dilapidated apartment with huge roaches racing across the floor. “A New York slumlord is running for Congress,” the mailer said.

Meanwhile, the Working Families Party is running an ad that shows President Donald Trump morphing into Streicker and says, “We already know what happens when a multimillionaire landlord who made their money cheating people gets elected, and we don’t need it in Congress.”

Streicker has pushed back with a recent mailer that shows a smashed and shattered shop window and accuses DeLauro of supporting a move to defund the police. She does not.

The flyer also tries to link DeLauro to the most progressive wing of the House Democratic Party, a quartet of freshman lawmakers known as “the Squad,” with an image of DeLauro with one of its members, Rep. Ayanna Pressley, D-Mass. “Birds of a feather,” the mailer says.

“One more lie, just like every other ad and mailer my opponent has sent out,” DeLauro said in response to the flyer. “ It shows what happens when corporations and billionaire families can use their money to try and determine who will represent the people of Connecticut.”

DeLauro also criticized Streicker’s use of her own money to finance her campaign, saying, “we need campaign finance reform” to outlaw that practice.

“Make no mistake — an individual’s wealth should not determine their ability to represent the hard-working families of Connecticut,” DeLauro said.

McGuinness, Streicker’s spokesman, said, “the D.C. party bosses are obviously shaking in their boots” because of Streicker’s aggressive campaign and “are panicked that someone like Margaret, who won’t bow down to them, will replace Rosa in D.C. ”

“They’re so scared, in fact, the Working Families Party and the Democratic Party are spending hundreds of thousands of dollars in a desperate attempt to bail DeLauro out,” he said.