As New Haven schools move to reopen, 37% of parents are opting out 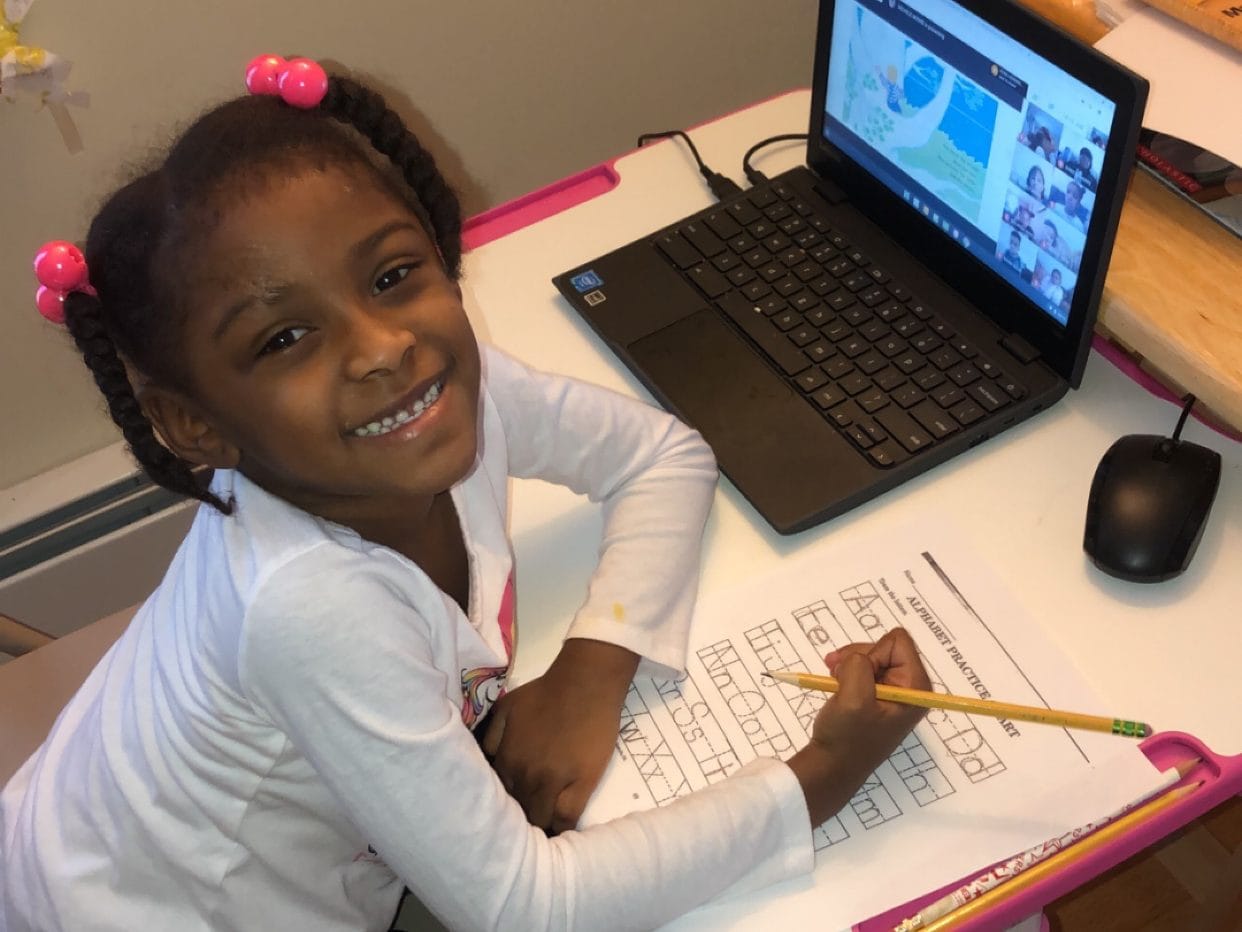 Ganyrra Henderson will not be attending class at her elementary school in New Haven this year.

“I can’t expect my granddaughter to go into school and wipe her desk down, you know. I just can’t expect that to happen,” said Teresa Johnson, Henderson’s grandmother, who can’t shake the memory of the coronavirus sweeping through her city this spring, killing 110 and infecting 2,400 people over six weeks. “And I can’t expect a teacher to be responsible for doing that on a regular basis, either.”

New Haven Public Schools were the only traditional public school district that did not open at the beginning of the school year. Now, as the state’s largest district – where one out of every 26 students in Connecticut is enrolled – prepares to reopen with a hybrid plan on Nov. 9, Johnson is far from alone: 37% have decided to keep their kids at home for the remainder of the academic year, according to Michele Sherban, the district’s research and evaluation director.

Despite widespread reservations from parents and guardians – and widespread teacher opposition – city and state officials are eager to move ahead, hoping to keep New Haven students from falling academically behind. Nearly 2,200 students in New Haven didn’t participate at all in remote education when schools shut down in March, and another 13,100 connected only a few times or went weeks without logging on.

There has been a lot of preparation, a lot of dollars spent, a lot of time spent in getting our schools ready for our students and staff.”— Iline Tracey, New Haven Schools Superintendent

“There has been a lot of preparation, a lot of dollars spent, a lot of time spent in getting our schools ready for our students and staff,” New Haven Superintendent Iline Tracey said, adding that the reopening plan is “full steam ahead” unless the local health director advises otherwise. “I understand that there will still be trepidation. But one good thing is that there is a choice for families.”

She said the district has prepared by having ongoing inspections of the schools, making sure buildings have the proper air filtration systems before reopening and placing signs in bathrooms on every other sink or covering urinals so that students maintain social distancing there. The district told the state in August they needed just over $13 million to open – and they got it.

“We have done our part, and we are hoping that parents will remind their students of the importance of staying with the health protocols that have been shared with them,” Tracey said. “That’s the level of control that we have.”

Tracey acknowledges that some of the district’s teachers, and even some members of New Haven’s Board of Education, feel that it’s unsafe to return to in-person instruction. Their option, she said, is to get ADA approval so that they can work from home.

The Americans with Disabilities Act requires districts to provide reasonable accommodations to staff with disabilities unless doing so would cause undue hardship and significant difficulty or expense. Districts can offer working from home or other accommodations that will allow staff to continue teaching in-person, like providing extra protective gear.

So far in New Haven, 23 staff members – teachers and administrators – have received ADA approval to work from home, and 50 are waiting to get the OK, according to Tracey. She said that there are also over 130 union substitutes being trained for in-person instruction before schools reopen. But some teachers will be told to return to their classrooms for the first time since schools shut down on March 13.

“I can’t say as a teacher, ‘I’m not comfortable going into the building. I’m just going to stay home,'” said David Cicarella, president of the New Haven Federation of Teachers. He added that even though teachers are going to show up for in-person instruction, they still have concerns about their safety, and conversations are happening with the district to figure out how to accommodate them.

“[The district] is moving through those ADA accommodations and FMLA requests. But they’re also trying to look at…these other groups of teachers that have individual concerns.”

Why didn’t the state step in?

Gov. Ned Lamont and his administration made efforts at the beginning of the school year to push New Haven schools to reopen for in-person learning earlier, pointing to low infection rates as a sign of it being safe enough.

But he left final decisions up to individual districts. New Haven later decided to bring 125 students with disabilities into schools for in-person learning but stuck to the decision to hold off on reopening for all students until November.

According to Rep. Toni Walker, D-New Haven, the state needs to be “a lot more proactive” on managing and overseeing schools, adding that legislators need to figure out how to strengthen the oversight and authority of the State Department of Education.

“If you talk to the State Department of Ed, they will tell you, ‘we can only advise, we cannot enforce,’” Walker said. “And that’s something that I think we have to, as legislators, look at because we need to be much more uniformed in what we present as our educational system in the state of Connecticut.”

“If you’re in this position and you have a school where [it’s] in a community where the transmission rate is low and positive rates have been assessed to be below for the public health norm, then you should reopen,” he said. “If there’s a limitation like the air filtration system in the school isn’t up to par, the state should have been more eager to kick in the necessary response.”

The lessons don’t sink in quite the same way when you’re not in person. How do we measure what our students have lost?”— Rep. Roland Lemar, D-New Haven

Lemar explained that constituent feedback suggests a lack of in-person schooling penalized the city’s single-parent and grandparent-run households, where breadwinning conflicts with school supervision — in New Haven, two-thirds of students come from low-income families and qualify for free or reduced meals.

“We needed to and failed to provide an in-school option for parents across New Haven,” Lemar said. “I think, as a public official, I need to own part of that failure, and call it out on behalf of others who I feel have failed to live up to their part, and their end of the bargain as well.”

The ideal situation for New Haven would have been to reopen the schools at the beginning of the school year, Lemar said. Then the district could assess what resources kids need to prepare for potential shutdowns due to a possible reemergence of the virus in the winter.

He added that what he’s most concerned about are the educational gaps remote learning will create, which he doesn’t think they will be able to get a full picture of what the impact this will have on students for the next two or three years.

While Johnson knows about the preparations the district says it’s made when it comes to reopening, she still does not feel completely comfortable with her kids going back into the schools.

Unlike her granddaughter, Johnson’s daughter, Assata, will be heading back to Hill Regional Career High School in November to finish off the school year with the hybrid plan. She said the 11th grader is at a point in her life where she is old enough to make the decision herself and can communicate with her whether or not she feels safe.

“I had no intention on sending my children back,” Johnson said. “My children were not going back in the beginning. I am not even 100% ready for my daughter to go back to school.”