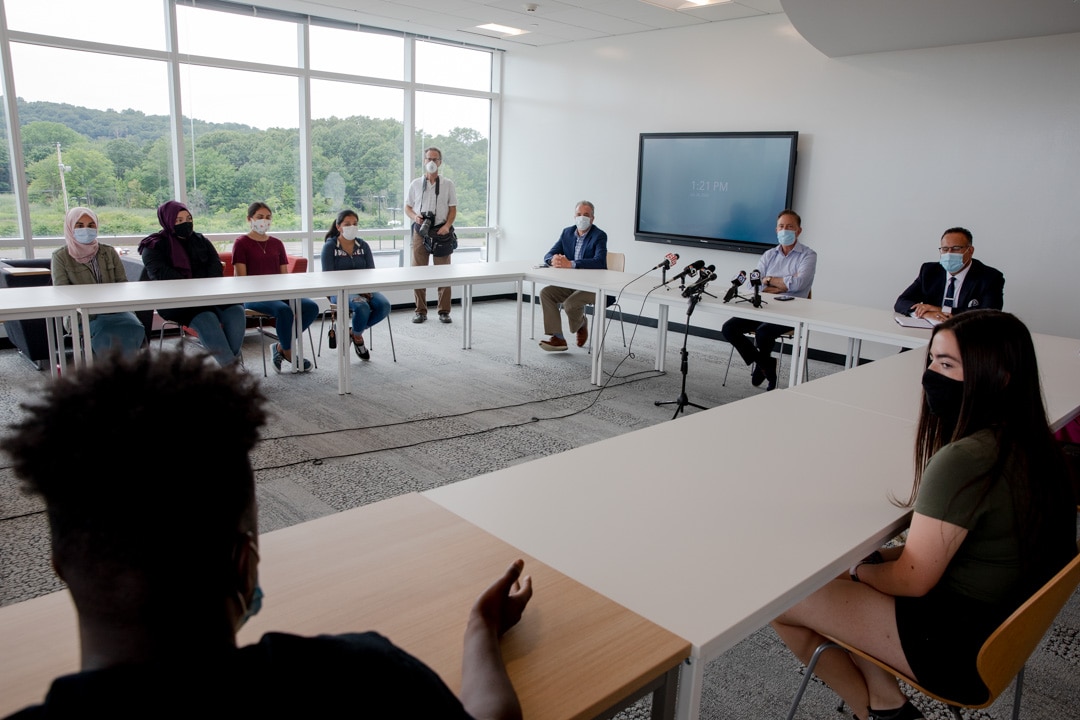 Gov. Ned Lamont said Monday the state will not dictate the opening date of the school year or how instruction will be offered, leaving to local school systems a choice of classroom instruction, distant learning or a mix of the two.

To do this, Lamont said he will probably need to extend the COVID-19 public health emergency beyond the current Sept. 9 expiration date to give local schools the necessary flexibility to offer something other than in-person instruction.

The decision, announced during the governor’s Monday afternoon press conference, contradicts earlier statements the administration has made about schools reopening and appears to be the result of a growing awareness that it may not be possible for some schools to physically space students far enough apart, particularly in high schools where the population count is typically higher.

“It will be up to the districts which model to choose,” said State Education Commissioner Miguel Cardona, who appeared at the press conference with the governor. “At this point, we’re recognizing that the districts have to feel comfortable with the plans that they have to ensure health and safety.”

“You know every town, every city’s got very different metrics. So, in the majority of the cases – the vast majority – will be able to have in-classroom, especially in the lower grades. But in some situations you’ve got to give them that flexibility,” said Lamont.

He pointed out that most students and teachers want to return, according to a survey that the State Department of Education recently completed. That survey found 76% of students are expected to return and 81% of teachers plan to teach in-person.

The state reported three days worth of COVID-19 data Monday showing that the number of patients hospitalized with the disease continues to drop. As of Monday, there were 59 people hospitalized in the state, 12 fewer than there were Friday.

The state also reported an additional 207 positive COVID-19 cases since Friday, for a total of 48,983, and five additional deaths. The number of people who have died in Connecticut from the disease now stands at 4,418. 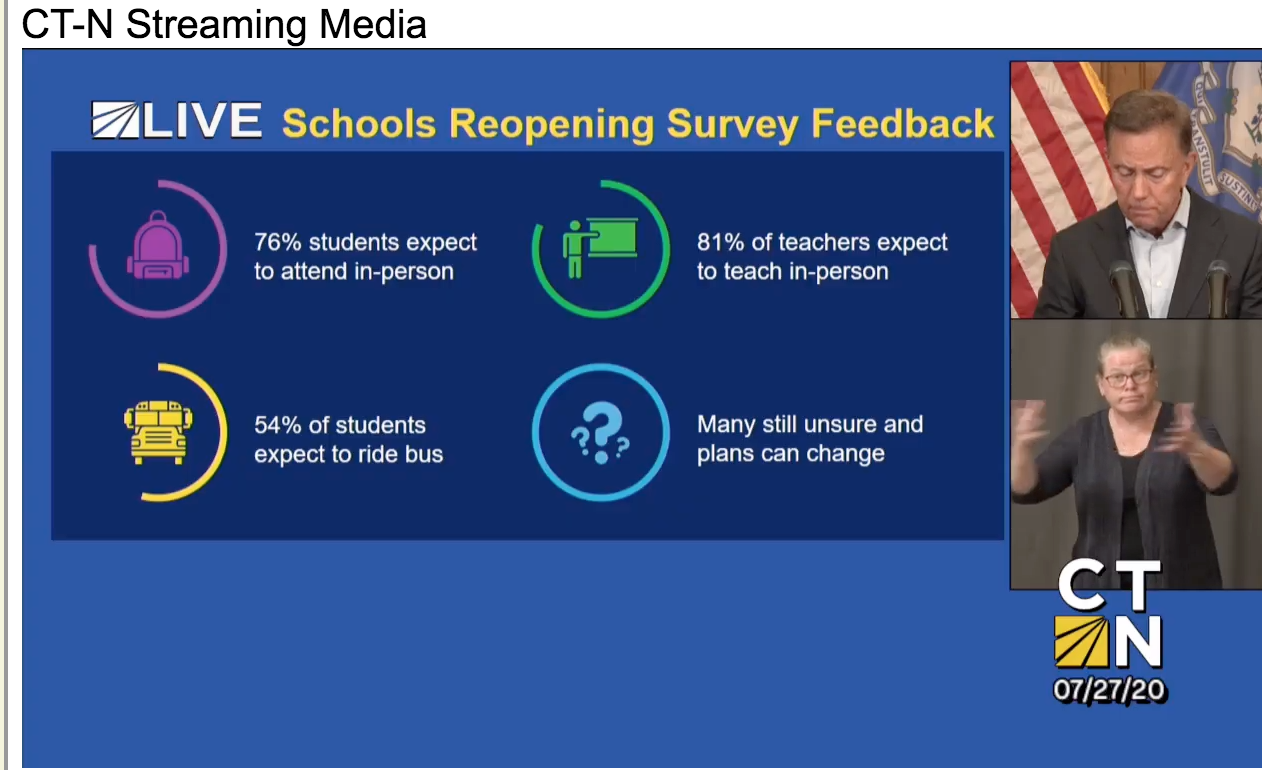 A screen shot of the governor’s daily news briefing Monday.

Parents’ plans for sending their children back to school vary vastly by district.

In Wilton, 12% of families said they plan to opt out of in-person instruction. In Fairfield,  18% of families favored remote learning. In Bridgeport, however, 47% of students are expected to remain home.

Lamont’s announcement comes as pushback builds from the teachers’ unions to delay a full reopening and after his hometown of Greenwich released a plan that contradicts his instructions from late June, when he told districts to offer every student the option to return to school full time in the fall. Greenwich parents were told recently that high school students would not be able to return full-time because there are too many students enrolled in the school to socially distance.

In late June the administration announced that COVID infection rates were low and that districts should plan to reopen full-time in the fall.

“Given the Connecticut health data as of today, districts should plan for fall reopening for all students every day,” said Cardona, adding that that plan could change if there is an uptick in the spread of the virus.

Last week, Cardona emailed superintendents that they must have a plan for students to return in-person to school full-time.

“Any plan submitted to the Connecticut State Department of Education on July 24, 2020 that does not include a full reopening option as one of the three models, where all public school students have the opportunity to access school in-person 5 days a week, will not be in compliance with current state law regarding the number of school days, or the expectations of State leadership,” he wrote.

Lamont said in June he made the decision to tell local school districts to plan for reopening because it’s what is best for students and the economy.

“We wanted to have as close to possible a normal school day in a normal school week,” he said. “It also allows employers to be able to plan in terms of what the workday is.”

He also said having a statewide standard was best.

“We wanted to have some consistency across all 169 of our towns. We wanted to do that for the sake of making sure the quality and the experience was consistent for everybody,” he said.