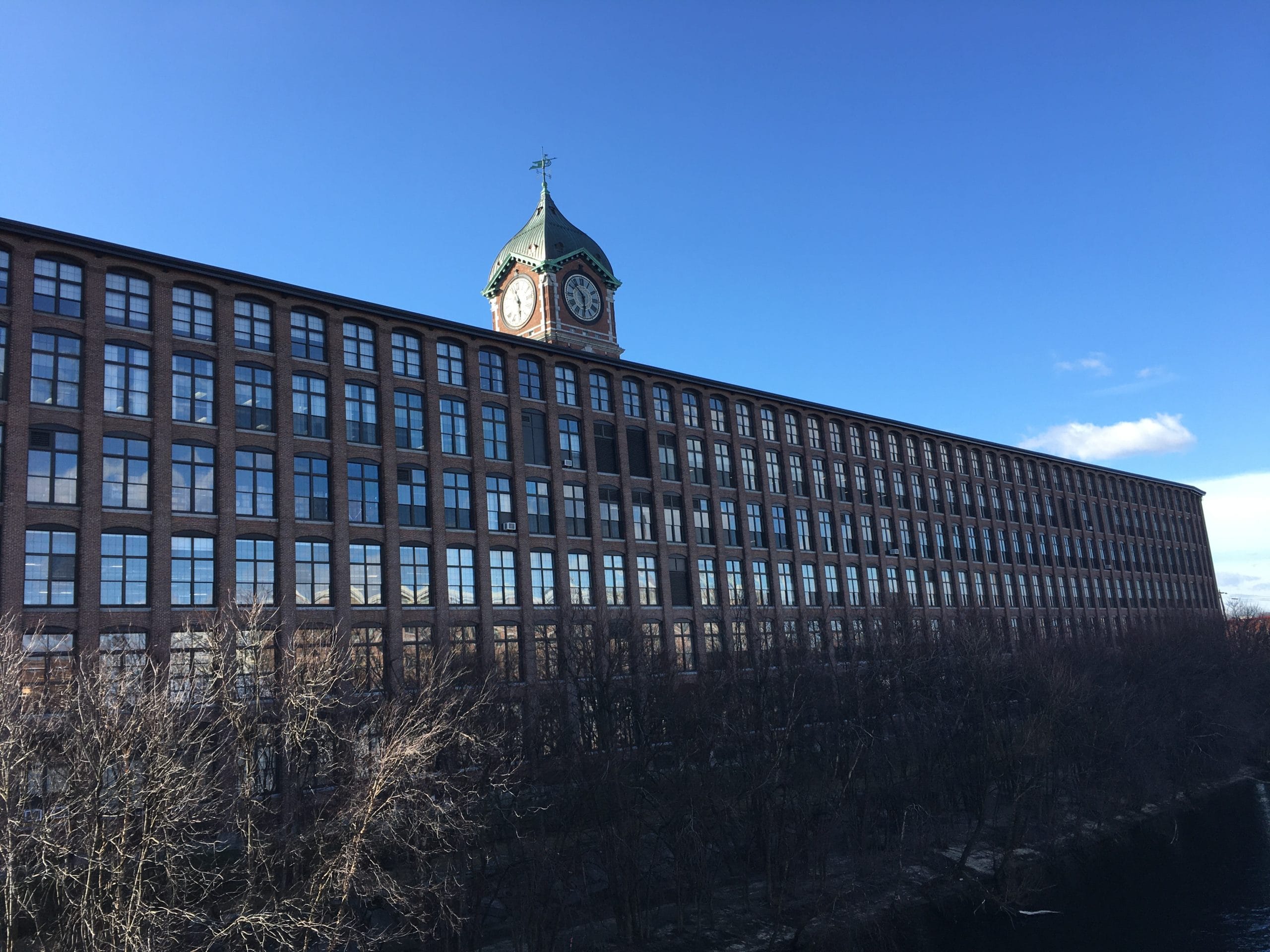 Innovative program helps Lawrence, MA, get off the mat

It's a potential model for inclusive growth in the region

Murphy’s Law can apply to cities: witness Lawrence, Mass. Over the past half-century or so, almost everything that could have gone wrong did go wrong: mill closures, disinvestment, arson and other crimes, the crippling 2008 recession.

Such were the string of calamities that a 2012 Boston Magazine article called Lawrence “the most godforsaken place in Massachusetts,” adding that the city “has never been in worse shape.”

And that was before the city was rocked with a massive series of gas explosions and fires in 2018 and then took a devastating hit from the COVID-19 pandemic this year.

So perhaps you had to look closely, but Lawrence was turning the corner. Though still one of the poorest cities in Massachusetts, the poverty level was dropping and family incomes rising. Leaders expect to get through the pandemic and continue the progress.

“I feel pretty hopeful,” said Jessica Andors, executive director of Lawrence CommunityWorks, a well-regarded 35-year-old nonprofit community development organization. There has been suffering, to be sure, but “people here are very hardworking and incredibly resilient,” she said in a recent telephone interview.

Keys to the pre-COVID comeback included an effective community policing program, a better business climate and an innovative program, run by Andors’ organization and the Lawrence public schools, which supports schoolchildren and their parents at the same time. Before the pandemic struck, the program, called the Lawrence Working Families Initiative, had gotten hundreds of residents into the workforce.

Andors and her partners have mostly kept it going during the pandemic, sometimes online or by phone, and in the fall they hope to broaden it.

“We’re not giving up – we’re doubling down,” she said.

One of the once-bustling “mill cities” on the Merrimack River 25 miles north of Boston, Lawrence saw its giant textile mills close in the decades after World War II.

Unemployment and poverty increased, as did crime. An urban renewal project in the 1970s failed (as happened elsewhere). The mostly white middle class fled the city. Some building owners torched their properties as they left; in the “flaming era” of the early 1990s, Lawrence became known as the arson capital of the country. 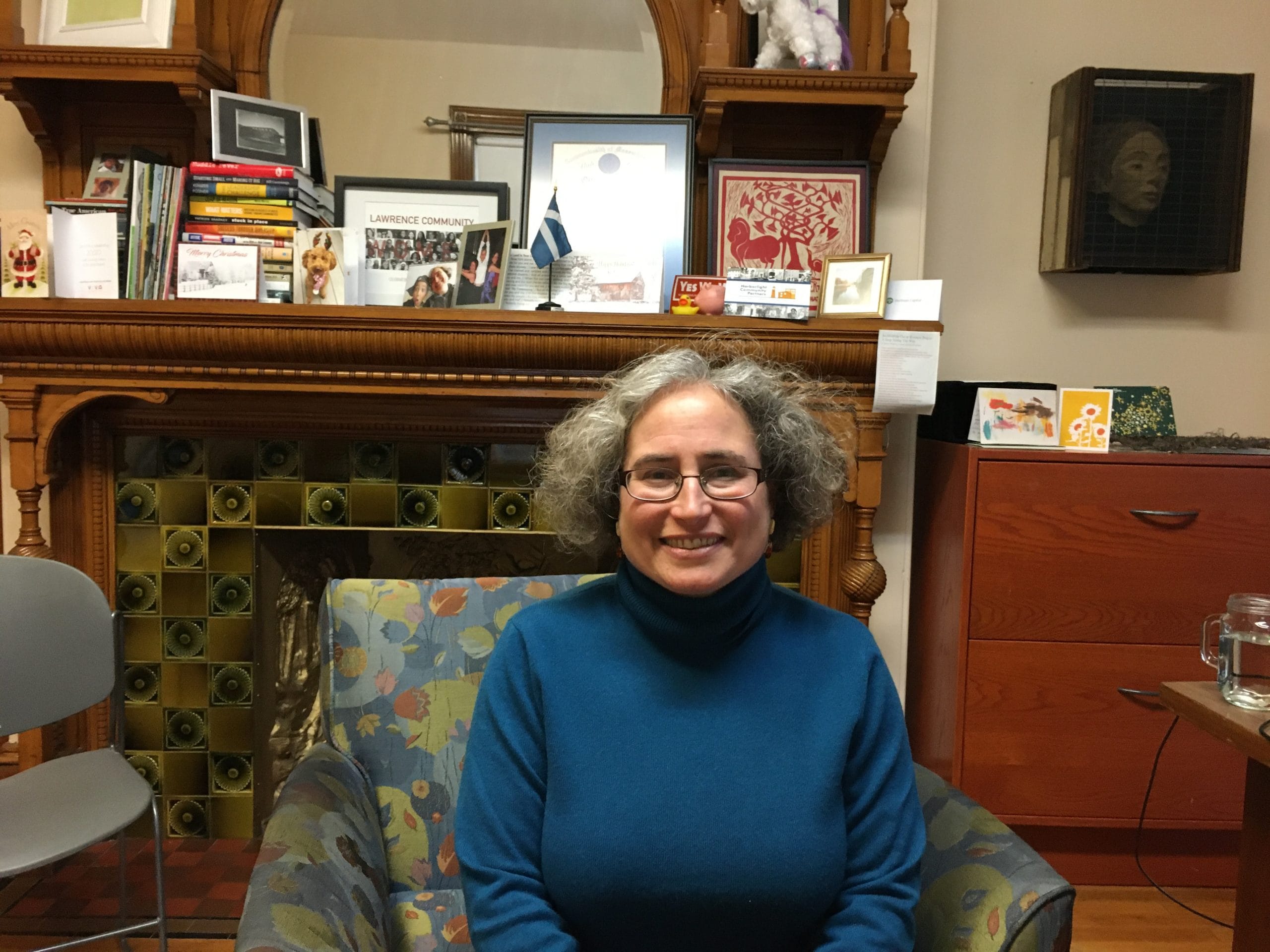 The city was pummeled by the foreclosure crisis of 2008-09, and the opioid plague of the last several years. It was tainted by corruption; for example, a superintendent of schools was convicted of embezzlement in 2012. Speaking of schools, they were so bad the state took them over in 2011. The Boston Magazine article the next year called Lawrence “The City of the Damned.”

Each of the dozen regional Federal Reserve banks has a community development arm, and part of the Fed’s mandate is to encourage full employment. The Boston Fed has taken this seriously for many years. In 2009 it released a study that examined why some mid-sized, post-industrial cities were doing well and some, such as Lawrence, were not.

The two most important factors, the study concluded, were leadership and collaboration. Putting this and other research to work, the Fed developed a grant program in 2013 called the Working Cities Challenge, funded by local donors, to encourage collaborative leadership to help low- and moderate-income residents. Communities could design their own programs.

After what the city’s community development director Vilma Martinez-Dominguez called “a massive brainstorming session,” city leaders came up with a plan: Why not use the school takeover as a catalyst, an opportunity to help parents as well as their children. The idea is that a parent with a salary can create a stable home, and kids from stable homes do better in school than youngsters whose families are scraping by and moving all the time.

The multi-generational proposal won a grant of $700,000, the largest in the working cities program. (The Working Cities Challenge has since been extended to three other New England states, including Connecticut, where five communities have won grants).

The Lawrence program works like this: A parent brings her child to school to register. The schools have a resource center that offer programs for the parent to get involved in the school, and programs and connections to help the mom or dad get the education and training needed for a job, often followed by a referral to an actual job.

A key component is English language training. Lawrence is a Latinx city. About 80% of the city’s 80,000 residents can claim Hispanoamerican roots, mostly from the Dominican Republic and Puerto Rico. As in several Connecticut cities, Latinx arrivals got to Lawrence, sometimes recruited by fading farms or industries, in time to ride the city’s decline. But they kept coming, to join family or to pursue what opportunity remained.

In addition to ESL, the initiative partners with community organizations to offer training or coaching in computer literacy, personal finance and job search. In the skills area, there are training programs in banking, health care, paraprofessional education, early childhood education, manufacturing and other fields.

The people who come into the program are “not a bundle of needs,” said Andors, who holds a masters degree in urban planning from MIT. She said many have skills and qualifications, as well as ambition and aspiration, that can be unlocked by learning English, she said.

Jasmine Martinez, a 33-year-old single mom of an eight-year-old son, is such a person. She came to Lawrence last year from a small town in Puerto Rico on the recommendation of a friend. She worked in quality control and inspection for a shipping company on the island, but could not get full-time employment. She believed the local school was inadequate, she said in an interview earlier this year.

So, speaking almost no English, she moved to Lawrence. It wasn’t easy. She spent her first five months in a shelter. But when she registered her son for school and asked about having her resume translated into English, she was referred to the Working Families Initiative, where she was assigned a coach, a bright young woman named Katherine Lopez.

With Lopez’s help, Martinez got a job with a company that ships medical devices, and has since gotten a promotion. She has an apartment. She is learning English. “I’ve been very lucky,” Martinez said, adding, “I have a lot of goals.” 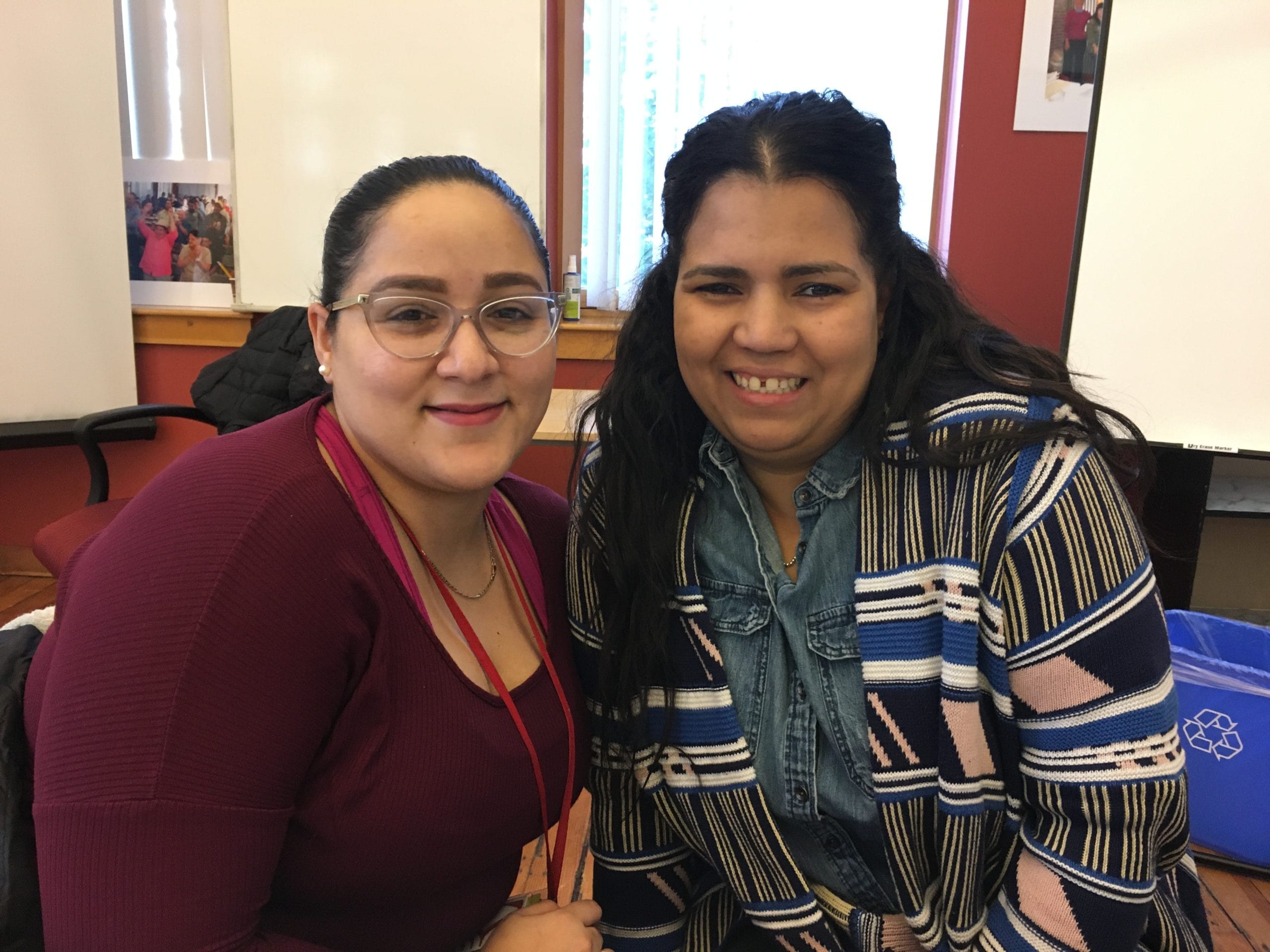 “Jasmine is a true star, she has come such a long way in such a short period of time,” said Marianela De La Cruz, a Lawrence public schools employee who serves as manager of the Initiative.

There are more stars in Lawrence’s firmament. Until the pandemic hit, the Initiative had provided education, training and other services to more than 700 parents and placed more than 300 of them in local jobs.

But the work is not without challenges, especially this year. Day care is a constant issue. ESL classes at worksites had to be curtailed.

The pandemic has made all of these problems worse. Unemployment went from about 6% to about 30%, Andors said, as a lot of small businesses closed. The city is geographically small, at 6.93 square miles, and densely populated. Housing is crowded and often multi-generational, most jobs require in-person work.

Thus it is an example of why poor communities of color have been the hardest hit by COVID-19. Lawrence has seen more than 4,000 COVID infections and 137 deaths, according to the city’s website.

Nevertheless, as its history suggests, Lawrence has taken a punch before. Andors said the nonprofit community has raised almost a half-million dollars to help families in need. Some businesses have reopened, and some jobs have returned. In addition to keeping the present Working Families programs going, often online, she is looking for funds to expand training, particularly in information technology “which you need if you want a decent job.”

Though schools are opening in remote learning mode, Working Families staff will reach out to parents one way or another.

“This is such an amazing and vibrant city,” she said. The pandemic has set it back, but “with the progress we’ve made and the assets we have, the community is absolutely going to bounce back.”