COVID put this CT voter in the hospital. Still, he voted. 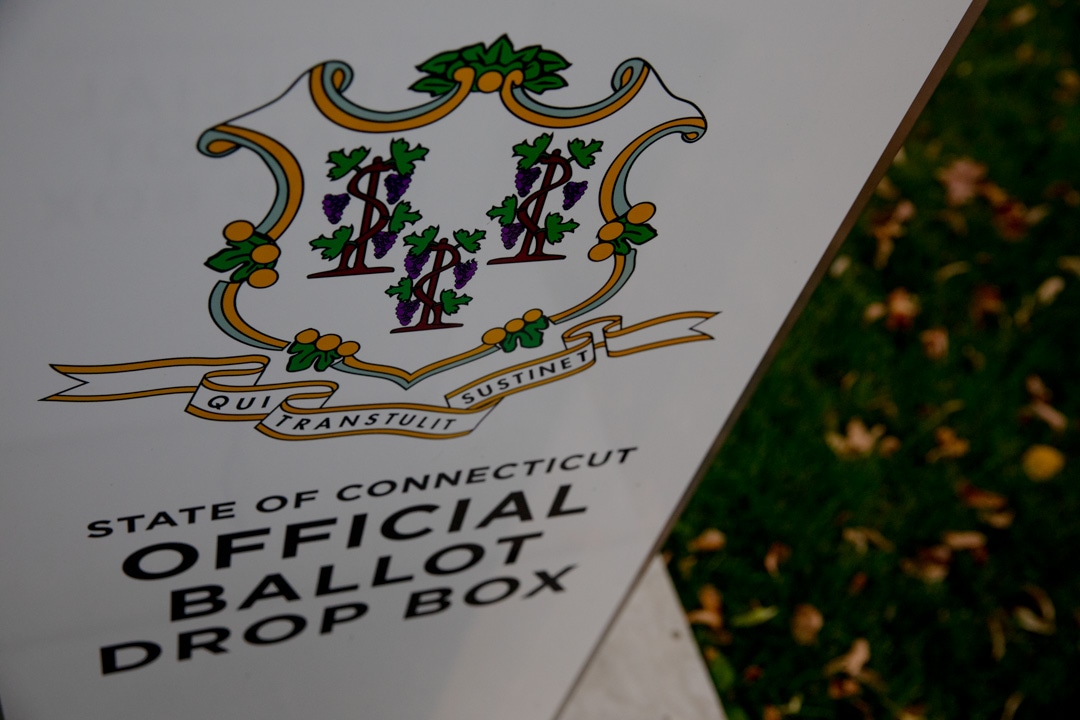 Absentee ballot drop boxes were located in towns and cities across the state prior to the election, but Bob Martin couldn’t access one because he was in the hospital with COVID.

Guinevere Lawson tentatively walked into Meriden’s John Barry Elementary School to vote Tuesday afternoon, politely inquiring if she was in the right place. Her 19th birthday was Monday, and Lawson was about to vote for the first time.

On the other side of I-691, just a 2-minute drive away, Bob Martin, 75, lay in a bed at MidState Medical Center, tethered to an oxygen bottle and making phone calls. He called the governor. He called 2-1-1, three times. Martin was desperate to vote, perhaps for the last time.

Their shared motivation was in the White House, a president both the teenager and septuagenarian deem unfit. Connecticut is a blue state guaranteed to deliver 7 electoral votes for Joe Biden, whether or not Lawson or Martin voted.

“I just feel it’s the right thing to do, and any vote against Trump is a good one,” Lawson said. Her voice trailed and she added, “We gotta get him out.”

At that moment, Millie Torres Ferguson was determining the process for getting Martin an emergency ballot. Martin calls himself a proud independent voter, and Ferguson is the Democratic town chair.

Martin’s health is compromised by COPD and, more recently, by COVID-19. He was hospitalized on Oct. 13, struggling for breath. He managed to mail an application for an absentee ballot from the hospital, but it never arrived, at least not at MidState.

So, he kept making calls. He says a friend, a reporter at the Meriden Record Journal, tried to help. So did a hospital social worker. One of the calls reached Ferguson.

He told Ferguson he always votes. This election was especially important.

She promised to try.

Martin said he is off the high-flow oxygen and now can move around his room a bit with the help of physical therapist. He moves tethered to an oxygen bottle. The doctor says his color is better. But it’s been a difficult road, and he turns 76 in a few months.

Ferguson started making her own calls.

Legally, could they help him?

Yes, the law allowed it, she was told by the town clerk. It just wasn’t simple.

Ferguson was supposed to be meeting Gov. Ned Lamont at the Barry school, one of his scheduled election-day stops, about the time Lawson voted. Instead, she was acting as a courier, a town chair spending a significant chunk of election day on one vote.

There was a flurry of paperwork delivered to MidState for Martin. He filled out another application for an absentee ballot and a form designating Ferguson as his representative who could deliver him a ballot and return it to city hall.

Martin said he doesn’t always vote Democratic. This time, he did. He said he could not abide a president so coarse, so divisive.

“Never in my lifetime have I seen this,” he said. “This is unbelievable.”

He knows not everyone sees things his way. He’s got a cousin in Enfield, someone he expects will cancel out his vote, the one he worked so hard to cast.

No matter. He voted.