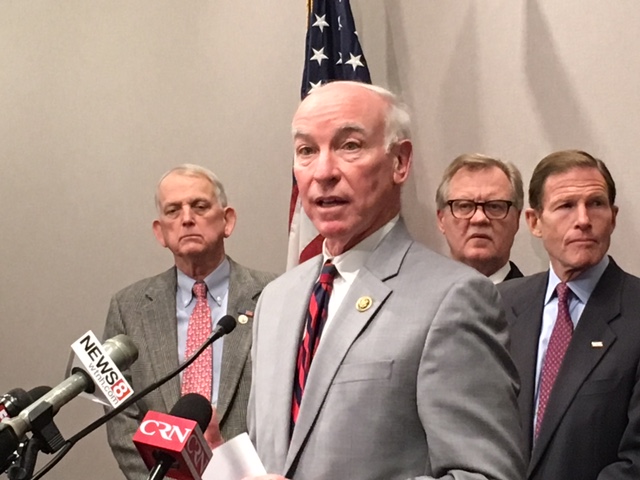 Courtney, 67, who recently was re-elected to his eighth term in Congress, said he has been in self-quarantine since learning last week he had been exposed to someone who later tested positive. An initial test was negative, but Courtney was tested a second time after developing symptoms.

“I got another test and this evening I was notified that the second test came back positive,” Courtney said. “I’ve got a lot of confidence in my treating doctor and in my team— our work for eastern Connecticut will continue as always, and I’ll keep performing my duties in a safe, remote fashion while isolated at my home.”

He is not far from medical help. His wife is a nurse practitioner.

Courtney is the second member of the Connecticut congressional delegation to contract COVID-19. U.S. Rep. Jahana Hayes, D-5th District, tested positive in September and reported a fever and labored breathing.

NPR reported recently that more than 25 members of Congress and 150 congressional workers have either tested positive or were presumed to have had COVID. One congressional aide died this summer.

Courtney lives in Vernon, one of the 145 cities and towns with red-alert status, the designation for a community with a per-capita infection rate of at least 15 cases per 100,000 people. Vernon’s per-capita rate was 22.9, with 58 cases reported last week through Thursday.

Gov. Ned Lamont is in the second week of quarantine after a senior aide tested positive. The governor, who is tested twice a week, has since tested negative.

Connecticut has recorded more than 100,000 COVID-19 cases and 4,828 deaths since March. Hospitalizations have tripled in recent weeks, and the percentage of positive tests Friday was 6.63%.