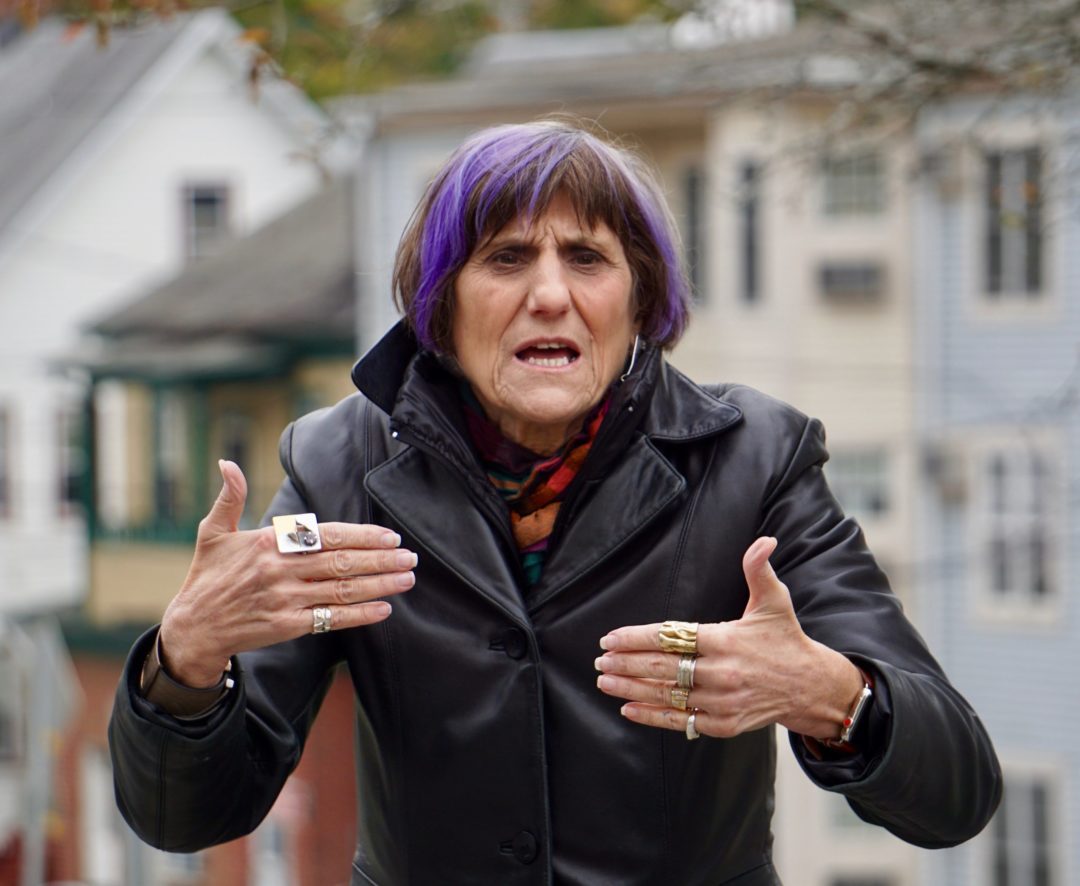 Rosa L. DeLauro at a get-out-the-vote rally in Derby the weekend before the election last month.

The political axis of Washington will tilt ever so slightly towards New England today if U.S. Rep. Rosa L. DeLauro, D-3rd District, prevails in her Democratic congressional caucus fight to win the gavel of the powerful Appropriations Committee.

For the first time, the House committees that oversee taxes and spending would be chaired by New England neighbors: Richard Neal of Springfield at Ways and Means and DeLauro of New Haven at Appropriations. Their districts are linked by commuter rail and a 60-minute ride on I-91 .

“This is huge for the state of Connecticut and New England,” said U.S. Rep. John B. Larson, D-1st District, a Ways and Means Committee member whose Hartford-centered district sits between Springfield and New Haven. Larson said Neal is backing DeLauro.

DeLauro, 77, a member of Congress for 30 years, is closing in on becoming the first member of the Connecticut delegation to chair a full committee since Robert N. Giaimo, D-3rd District, left Congress in 1981 and the first Appropriations chair from New England since Henry L. Dawes of Massachusetts in 1871.

At 8 a.m., her team of 44 whips, members of Congress tracking votes in what has been a three-way fight with Debbie Wasserman Schultz, 54, of Florida and Marcy Kaptur, 74, of Ohio, is scheduled to convene by phone, reviewing a count before encrypted voting begins in a virtual caucus.

“At the end of the day, the biggest whip is Rosa, who has just been relentless in literally calling everyone and doing the follow up calls,” said U.S. Rep. Joe Courtney, D-2nd District, another whip. Courtney returned to Washington on Wednesday after a COVID quarantine.

The whips trade tips on how to win commitment from the 230 caucus members eligible to vote today. DeLauro is a progressive with support from major labor unions and members of the Congressional Black Caucus — but also from conservative Blue Dogs and centrist New Democrats.

“Every campaign is different in terms of where the fault lines are in the caucus,” Courtney said.

Running for Congress is one thing. Running inside Congress is another. The mechanics of the campaign for a leadership post are closer to passing legislation than seeking office — with one major difference.

“This is personal,” Larson said. “A bill comes and goes — your colleagues remain.”

One of her nominating speeches today is expected to come from U.S. Rep. Jim Himes, D-4th District, a founding member of the centrist New Democrat Coalition — a group that counts Wasserman Schultz among its members.

Seniority once determined leadership posts. But Kaptur, a 19-term congresswoman, senior member of the Appropriations Committee and longest-serving woman in the House, finished third in an important test vote by the House Steering and Policy Committee, leading one congressional source to suggest she might abandon the race.

Toby Moffett, elected to Congress from Connecticut in 1974, was one of the first to jump over more senior members in a leadership fight, albeit one with lower stakes: He won the chair of environment subcommittee of the House Oversight Committee.

The Steering and Policy Committee is influential in making committee assignments, but chairs are selected by the full caucus. DeLauro was its chair until recently, a post that gave her an important role in the careers of the large class of 59 Democrats first elected in 2018.

“You’re basically determining people’s committee assignments, which is existential for members,” Courtney said. “You get it right, that’s a career changer in terms of where people can blossom.”

The Steering and Policy Committee recommended DeLauro for Appropriations, but the recommendation is non-binding. DeLauro had 36 votes to 11 for Wasserman Schultz and 6 for Kaptur.

The election for Appropriations chair comes amid a push in Congress to increase the power of the committee and its leader by reconsidering a decision a decade ago to end congressional earmarks for federal spending on local projects.

“It’s pulling back the camera for a wide shot and looking at the erosion of congressional independence, its powers and authority, not just under Trump,” said Moffett, now a lobbyist. “The disappearance of earmarks was another dagger.”

With the Senate Republican majority blocking final action on scores and scores of bills passed by the House Democratic majority, the clamor for the ability to earmark money for some local projects is growing, though a restoration is likely to come with limits, Larson and Courtney said.

DeLauro is on record as favoring a return to some form of earmarks.

Aside from the two money committees, the chair of the Rules Committee, an influential panel that can control the flow of business of the House, is Jim McGovern of Worcester.

DeLauro, who could not be reached for comment Wednesday, currently is chair of the Appropriations subcommittee on House Labor, Health and Human Services, Education, and Related Agencies. 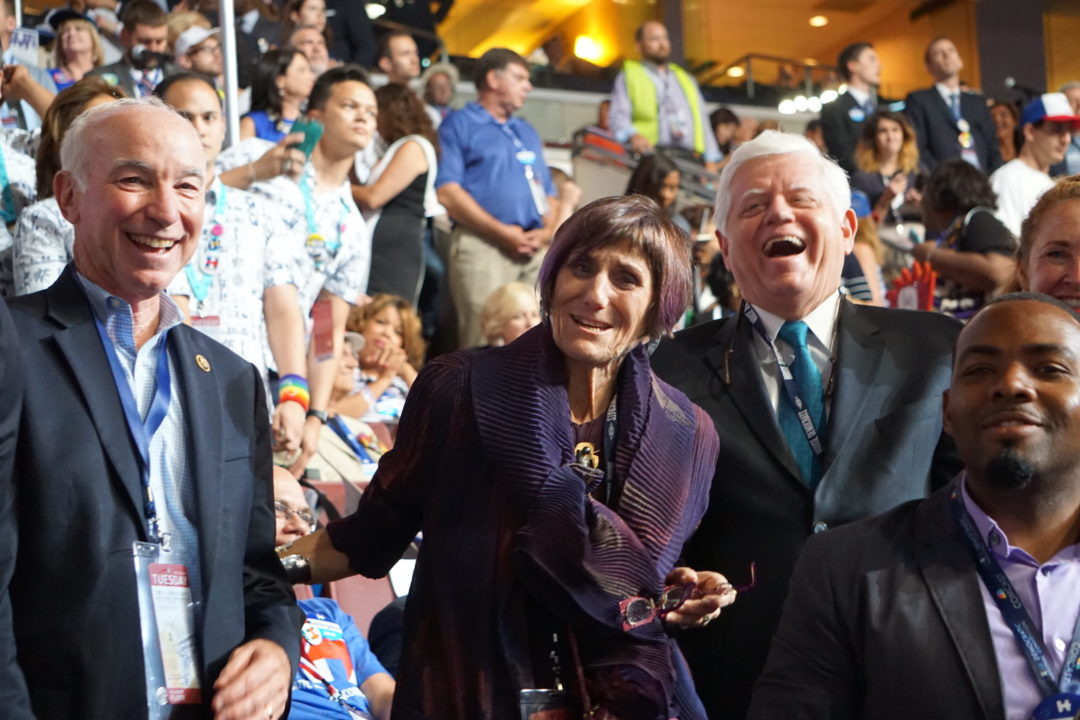 At the 2016 Democratic National Convention, Rosa DeLauro shares a laugh with Joe Courtney, left, and John Larson. Both are working to elect her as Appropriations chair.

CORRECTION: An earlier version of this story incorrectly reported that there were 270 caucus members eligible to vote for the Appropriations chair. The caucus has 230 members.